A lone monument sits alone in the middle of an auditorium stage, vines and leaves draped across it. Above, a large screen with the Guild Wars 2 Heart of Thorns logo is prominently displayed. A screen on either side of the main one sit, teasing us with a simple background image as the crowd filters in. This much is certain: ArenaNet certainly knows how to set a literal stage.

The buzz in the air is quite apparent, and people have already broken out the provided Guild Wars 2 branded bang sticks. The noise in the auditorium grows even more deafening as Jennifer Hale (the voice actress of Queen Jennah) walks out onto stage and greets everyone. It’s about this time everyone knows something major is coming. Ms. Hale introduces Mike O’Brien, and suspicions are confirmed: Heart of Thorns is the first full-fledged expansion pack for Guild Wars 2. The crowd goes wild once more, but quickly comes to a still as the first official trailer begins to play.

Everyone seems to be in awed, reverent silence as they watch the video unfold. We see the return of an old hero, Rytlock Brimstone, looking far different than before. We peer into ruins in the heart of the Maguuma Jungle, and see brand new foes for the first time. It’s a well crafted experience from start to finish, and the audience absolutely explodes into cheers. Who could blame them? This was a big deal, especially after the 40 Living Story updates that lead directly to this announcement.

Mike then hands the floor to Colin Johanson, the Game Director for Guild Wars 2. Colin leads us along a journey into the new features coming in Heart of Thorns. There will be no new level cap increase. There will be no new tiers of gear to collect. In fact, things that expansions for other MMOs typically have aren’t even being thought of. In a sense this is classic Guild Wars game design at its finest. All content with no unneccessary filler or blockers. Instead, the team is committed to new challenges, new ways to get players involved with the game, and new ways for players to progress. 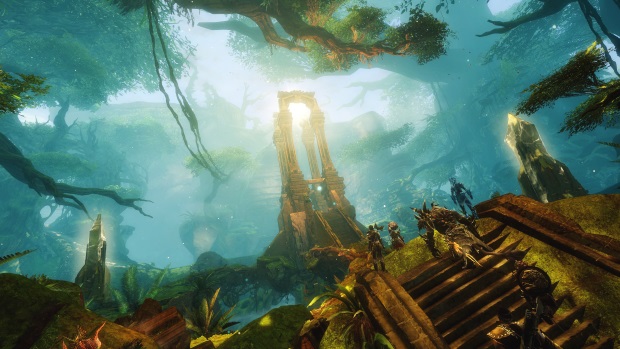 Colin explains how the Heart of Maguuma will work. The jungle is made up of three distinct areas: the Heart, the Roots, and the Canopy. There we will learn the secrets Glint hid at the conclusion of the original Guild Wars. It is in the jungle, he explains, where we’ll progress our characters even further, through the brand new Masteries system. Like most things in the game, this system is account wide, ensuring that you never need to go back and unlock important things on every character.

Some examples of the Masteries system at work is hang gliding. Your characters will be able to drift on the updrafts from the jungle, which will then enable them to explore previously inaccessible areas. You will be able to learn and interact with the various intelligent creatures and civilizations lost in the jungle, and gain their trust to learn their secrets. Combat, collections, and crafting, he explains, will also have their own Masteries to obtain, and one can also get powerful precursor weapons to craft the Legendary weapons the game currently has. Not to be outdone, though, brand new precursors are going to be available, to craft even more Legendary weapons. The crowd, of course, goes wild at this news. 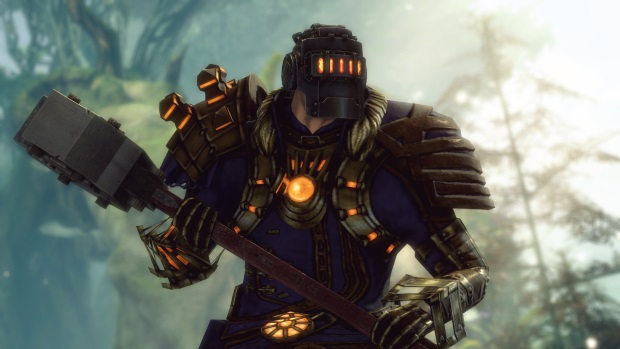 Masteries aren’t the only way to progress your character though, Colin reveals. Specializations are being added to each class in the game. Specializations are like a second class, and the reveal is made that Rangers can learn the powers of the Druid, giving them access to Staves, which they’d not possessed previously. This also unlocks new healing, elite, and utility skills, as well as new traits that vastly change the playstyle of the Ranger. Suddenly, things in the trailer make more sense. In fact, things from the last 40 Living World updates make sense. Marjory learning to use a greatsword signalling Necromancers eventually learning the weapon as well. There’s a scene with a mesmer using a shield in the trailer; one also of what appears to be an engineer wielding a two-handed hammer. These teasers are already leading to a great deal of speculation as to what specializations may come. 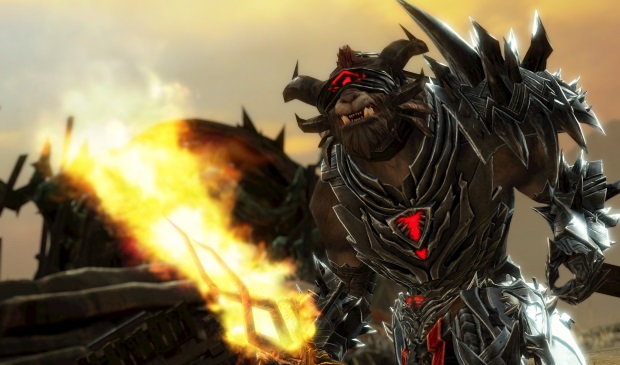 Of course, new specializations aren’t for everyone, so Colin drops another bomb on us. You see, there are currently three light armor professions, three medium armor professions, but only two heavy armor professions. The return of Rytlock Brimstone heralds the coming of the third heavy armor profession: the Revenant. The class uses the powers of the Mists to combat their foes, and the legends contained within to boost their own formidable skills. For example, a Revenant may choose to channel the legend of King Jalis Ironhammer, who then gains the powers of the Great Dwarves to use in combat. Another example is channeling the powers of Mallyx the Unyielding to control conditions, such as removing them from allies, and using them to decimate opponents.

Fans of World versus World may be asking themselves right now, “What about us, though?” Not to worry; a brand new Borderlands map is being introduced, which is larger and more diverse than any other they’ve released previously. Every keep has a theme to it, and controlling the objectives around the keep provide bonuses and abilities to the World that controls the keep. The example was given of the Fire Keep allowing transportation between magma pools on the map if the shrines around it are defended. This gives a much deeper reason to stay and defend objectives and hold points longer. This concept of defense will apply even into the older Borderlands maps to become more important to victory. 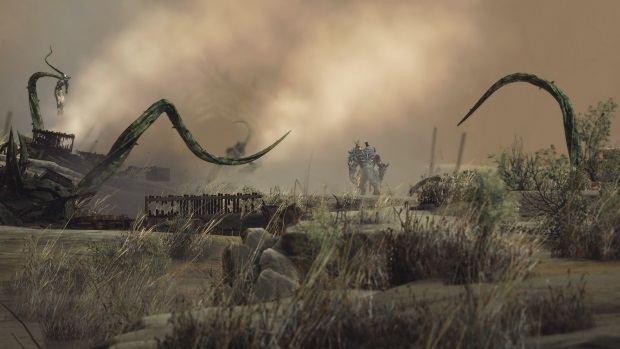 Competitive PvP players are also gaining a brand new PvP mode in Stronghold. Players control supply to hire troops, gain heroes, and siege the enemy base to take out their guild lord. With this, they’re also putting the guild back in Guild Wars, offering guild leaderboards to show whose team reigns supreme.

While on the note of guilds, Colin announces the feature that seems to get the most applause from the crowd: Guildhalls. Not simply content to offer a place where guilds can hang out together, guildhalls will also offer meaningful space to set up Guild events, and bonuses for the guild to grow in the future. Guilds will also have a much more fleshed out progression system as well, letting them take even more shape into the world. 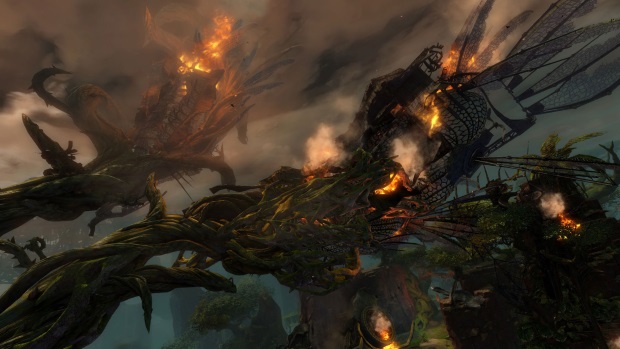 As the presentation ended, we went over quickly the features coming: the new area Heart of Maguuma, the Masteries system, new Specializations, the new profession Revenant, a new WvW Borderlands map, a brand new PvP mode in Stronghold, and even Guildhalls and guild development like leaderboards. This is quite significant for something being hailed as an expansion, and it’s obvious many people (ourselves included!) can not wait for Heart of Thorns and ever more information on it.