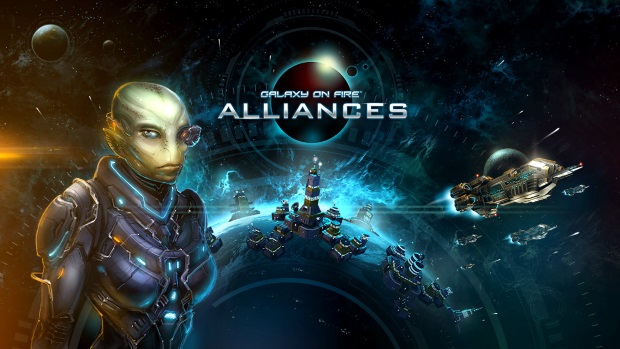 The popular mobile sci-fi MMO Galaxy on Fire™ – Alliances by Deep Silver FISHLABS will soon be globally available on Google Play. The highly anticipated Android launch of the complex mid- to hardcore title will take place in late October 2014 – in Australia, New Zealand and Canada, however, the app has already been released in the course of a limited soft launch. Just like its critically acclaimed counterpart on iOS, the Android version of the game will be offered as a free download with IAPs. It promises its players an exciting multiplayer gaming experience with easy accessible coop- and alliance gameplay. The title features AAA production values, high-end 3D graphics and full optimization for a wide range of state-of-the-art Android tablets and smartphones. At the same time, Galaxy on Fire™ – Alliances will also run smoothly on any older device, as long as it has at least 512 megabytes of RAM. The most prominent entries in GOFA’s list of supported devices include the Samsung Galaxy Tab 1-3, Samsung Galaxy S2-S5, Asus Google Nexus 7, NVidia Shield and HTC One.

In Galaxy on Fire™ – Alliances the players take over the roles of up-and-coming commanders of the Terrans, Nivelians or Vossk. Eager to seek fame and fortune beyond the final frontier, they set forth to colonize and exploit a hitherto uncharted region of space, known as the Shroud Nebula. Here, they must build up strong outposts, collect valuable resources and claim territories of strategic importance. But only those who team up with others and form strong alliances will be able to hold their ground in this hazardous environment for a longer period. In order to prevail in the highly competitive Shroud Nebula, tactical finesse and unbroken courage are as important as clever use of resources and a strong capacity for teamwork.

The Android version of Galaxy on Fire™ – Alliances will contain all of the recent updates of the iOS version.