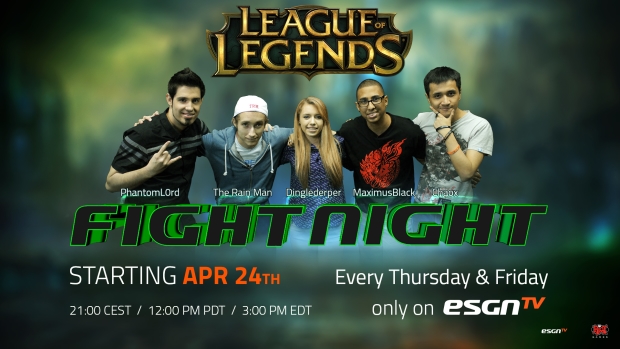 Web-based eSports channel ESGNTV today announced the debut of League of Legends, the highly popular multiplayer online battle arena (MOBA) game from Riot Games, to the “Fight Night” competitive gaming online broadcast series. Starting on April 24 and in addition to the existing programs, the League of Legends Edition will be shown every Thursday and Friday at noon PDT / 9:00 p.m. CET.

The first two episodes will show gripping 2 vs. 2 matches, giving the streamers and their fans the opportunity to face each other in a Best Of 3 series. The two most successful streamers will then assemble their team of five to take on their opponents and various challenges in another Best Of 3 mode. Additionally, ESGNTV‘s notorious Wheel of Fortune will influence the course of the game, punishing those who fail to succeed. 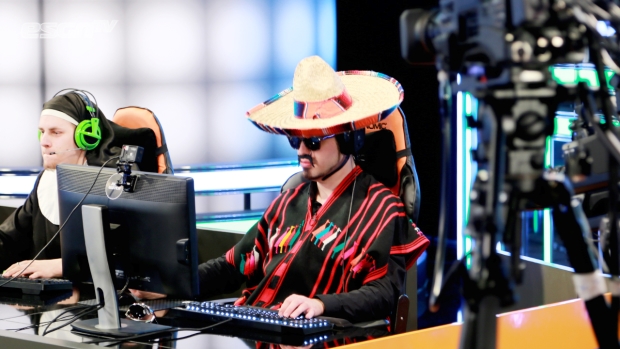 “League of Legends is one of the most popular games in the world with 27 million daily players,” said Morgan Stone, Chief Production Officer at ESGNTV. “Given its eSports audience success and intense addictive matches, League of Legends was a natural fit for the ‘Fight Night’ series. We know LoL fans will be tuning in to watch these bouts.”

ESGNTV and “Fight Night” have continued to grow their presence throughout 2014 across the global eSports community, garnering 60,000 channel subscribers to date and over 2,500,000 views per month on all their platforms.

All previous episodes of “Fight Night” are rerun on a regular basis and are also available on demand on esgntv.com as well as on the ESGNTV channel on YouTube following their first rerun.