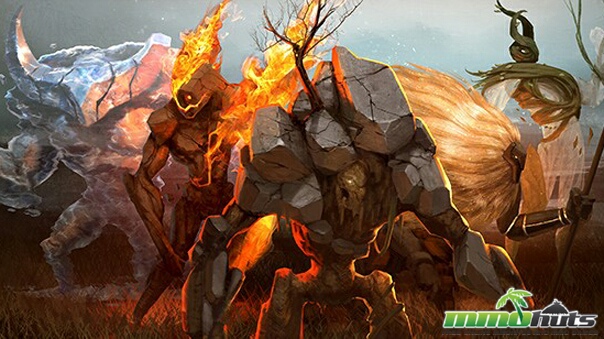 Guardians is the first expansion pack for Endless Legend, which was released back in September of 2014. Back then, I wrote a Endless Legend Launch Review for the game. Now I’m back again to introduce the changes and additions made with Guardians. As I enjoyed playing Endless Legend a lot, I’m really looking forward to trying out this new expansion, as the concept of epic titan-like elementals is intriguing. So far I’ve heard almost nothing but praise for the expansion, so lets hop in and see how things are.

Well, as you might imagine, the biggest addition that this expansion brings is the introduction of Guardians. These are massive element-based entities that are a lot like the Titans from our own myths. I’ll get more into them and what they can do in the next section, though. Another new addition is the challenges known as Legendary Deeds which can provide a variety of different boosts. New Global Events will also unfold to help add some variety to the gameplay. You’ll also find yourself vying against your opponents more than ever before, or conceding more than your typical strategy warrants to gain close enough allies to complete a cooperative quest. Lots of new content is being made available with this expansion. 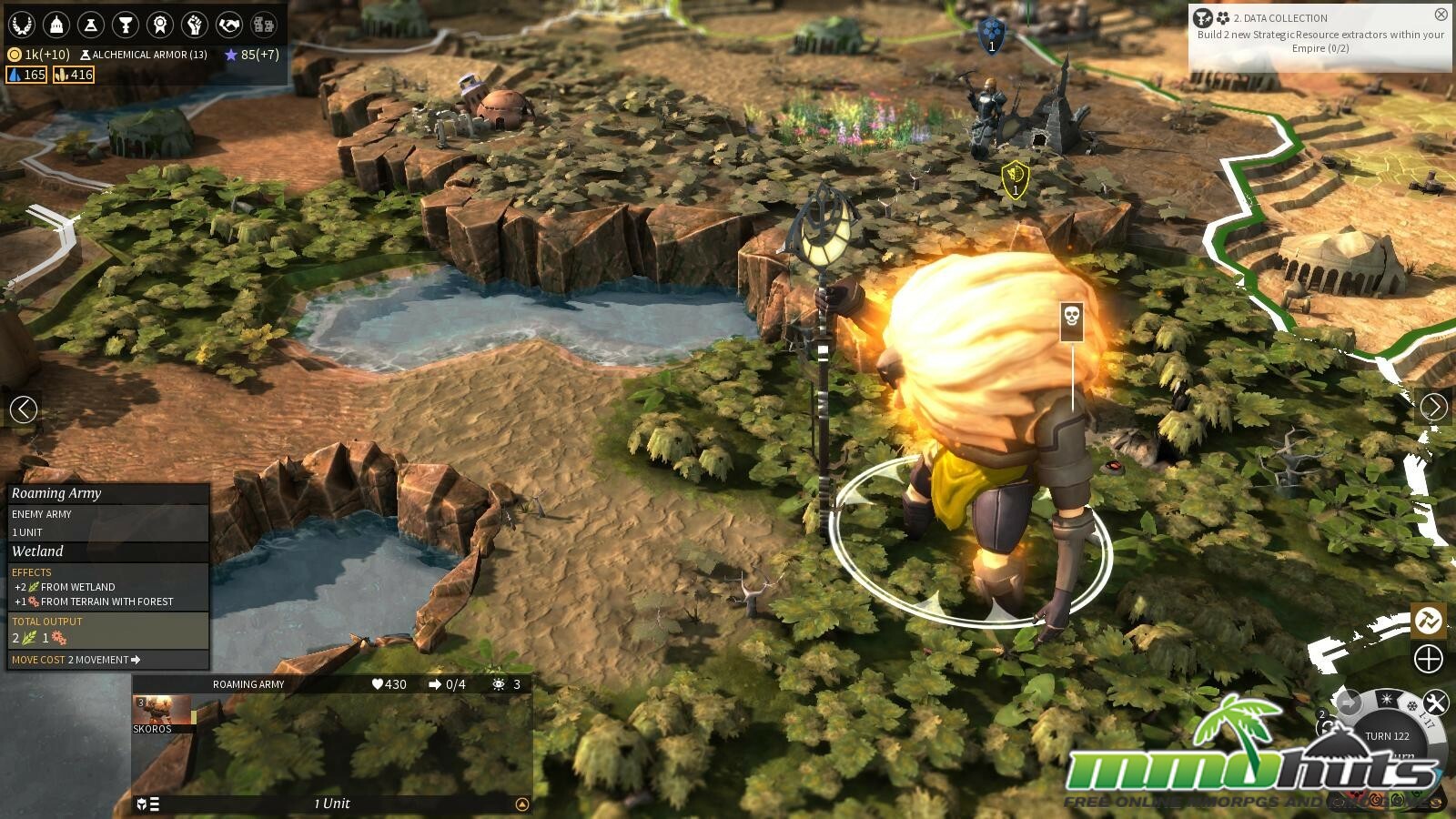 Endless Legend does a fantastic job presenting the Guardians are quasi-deities.

Guardians seem to have a couple of abilities. One is utility-like, such as repairing damage or destroying certain types of buildings. The other is its combat ability, like Gios’ ability to use earthquakes to cause damage to enemies in an area. So each Guardian offers some unique boons and are important enough to impact your overall strategy. They’re not so world shattered as to be necessary to achieve victory, but having one (or more) will tilt the scales in your favor.

As the era’s pass, new Guardian’s will appear. This happens when anyone in the match unlocks a new era. The same with Legendary Deeds. So if your opponent unlocks the third era, and you’re still stuck in the second era of technology advancements, you can still capture Skoro’s. This means that your strategy doesn’t have to revolve around rapid technological advancement, as the Guardians can offer an equalizer to fading empires. This also means, however, that you will have to race against everyone else on the map to get to the Guardian and defeat it. Since unlike most civ building games, being advanced here doesn’t always equal having the best military, a more backward but heavily military invested culture can take advantage of this situation. 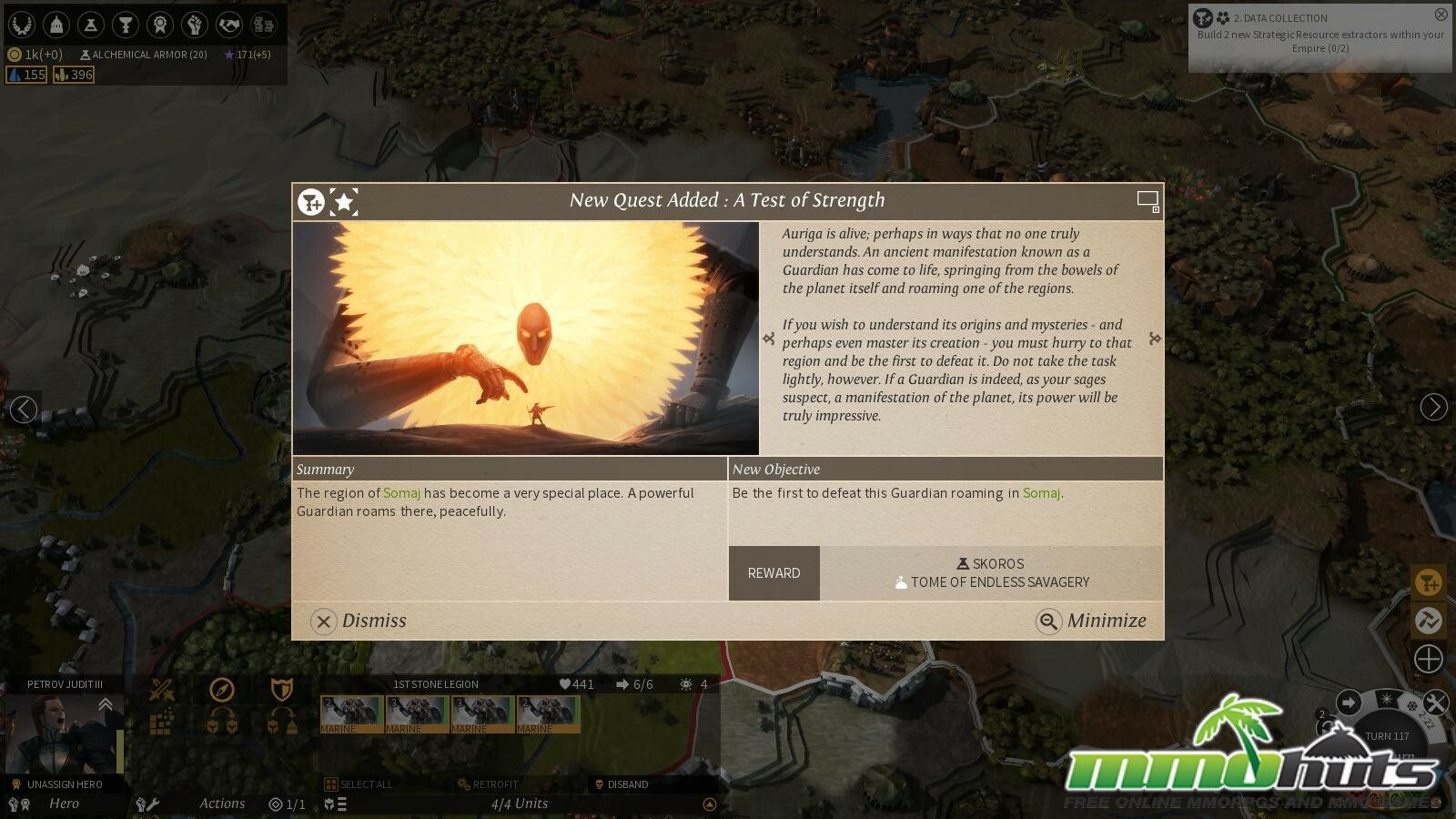 Personally, I had a blast with the Guardian feature. Epic units are always fun to play with, and it brings in a whole new realm of gameplay strategies to make use of. And, despite that even one Guardian could potentially take out an entire army by itself, a properly trained and hero-led attack would be enough to take one down. What I’m saying is Guardians aren’t deities, so don’t wield them as such. I’ve got to say that AMPLITUDE did a fantastic job balancing this expansion.

Legendary Deeds are similar to the Wonders of Civilization. In each era, there are three Legendary Deeds you can fulfill to gain some bonuses to help give you the edge over your opponents. Two of these Deeds are, well, deed-based. That is, you complete some kind of objective such as defeating a certain number of armies from enemy empires. There is also one building-based Deed for each era, where you will have to spend valuable resources in an attempt to build these unique buildings before the other empires. Each Legendary Deed can only be completed by a single empire and, like I said in the Guardians section, as soon as someone – anyone – unlocks a new era, those Legendary Deeds (and buildings) become available to you.

Cooperative Quests are another neat addition to the game. These are quests that everyone can participate in, such as stopping a plague or figuring out why metals are rusting so fast. With the new global events, that seem to compliment the simplistic weather system (winter and not-winter), there’s a lot more ‘spice’ thrown into the world. Most of the time, global events don’t seem to bother me. But they could be beneficial in some cases. In short, it’s a nice piece of fluff that can enrich your experience. 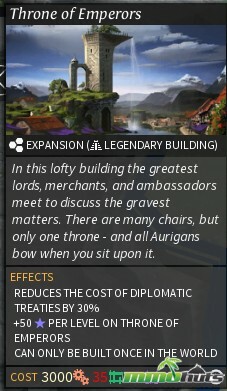 These are epic buildings you can build within your cities to get some very nice boosts. For example, if you manage to build the Alchemic Institute, you get a big bonus to research within that city. Or you can build the Industrial Megapole in Era II to get a huge bonus to (surprise) industry. The neatest part of these legendary buildings are, in my opinion, that only one of each can be built – once someone else builds it, it’s no longer available. And if you already started it and someone else beats you to it, you’re refunded some of the resources you’ve invested in it. So you’ve got to decide if you really think you can build these things before anyone else, otherwise you’ve wasted a big chunk of your time in a game with already comparatively lengthy build times.

Overall, I’m really impressed with the content added with this expansion. My favorite part, hands down, was the addition of Guardians. I’ve always been partial to huge colossus-sized monsters (Shadow of Colossus, Greek Titan mythology), so this has been a real treat. Legendary Deeds & Buildings also added a huge dose of competitiveness into the game that will force you to improve and redesign your strategies. And finding yourself working with other factions with the cooperative quests was a real treat adding more diplomacy to the near non-existent diplomacy available at launch. Probably the least apparent feature from this update, at least for me, were the Global Events. They were there, but mostly in the back of my mind. Endless Legend: Guardians is, much like the base game, well worth the money. And pushes the core game alongside the post-launch balance changes and bug fixes, up to a full overall score.