The Elder Scrolls: Legends – Houses of Morrowind Launches in March 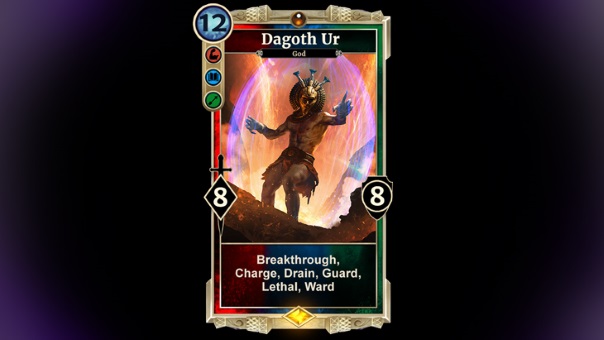 Master a new set of keywords – one for each House – featuring powerful new abilities that represent the attributes and traits of each House.

Whenever a Rally creature attacks, it gives a random creature in your hand +1/+1.

After you play this action, you may sacrifice a creature to play it again. Players can only perform betray once per action.

Plot abilities trigger if you’ve played another card that turn. All three of Hlaalu’s attributes – Strength, Willpower, and Agility – have lots of inexpensive cards that will help your plots come to fruition.

Exalt offers a creature a bonus if you pay more magicka for it. Paying the exalt cost results in the creature becoming “Exalted” – an important distinction should the gods makes an appearance.

House Dagoth doesn’t wield a traditional keyword. Instead, it seeks raw power. Dagoth cards, found in Strength, Intelligence, and Agility, reward you for having creatures with 5 or more power.

If you’re interested in checking out some card spoilers, click the link below to get a sneak peek.