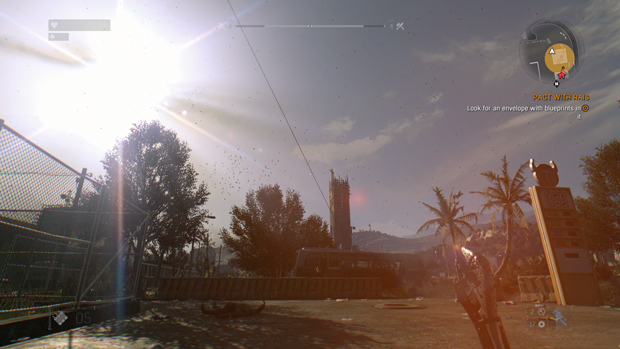 Its been a few years since we have seen a game from Techland, the zombie masters behind one of the signature titles of the sub-genre, Dead Island. But they’re back to expand on their original vision with seemingly far more financial backing, more programming know-how, and even a parkour master overseeing the physics of jumping around town. The core compoent of zombies are still there in Dying Light, but now it feels much more real when people are trapped with them inside a government quarantined city rather than island. The luxurious colorful resort is gone, replaced with the gritty urban fictional city of Harran. Here you will play the role of Kyle Crane, who is an undercover operative deployed into the city to find Kadir ‘Rais’ Sulaiman to find a secret file that could destroy the reputation of your Agency. 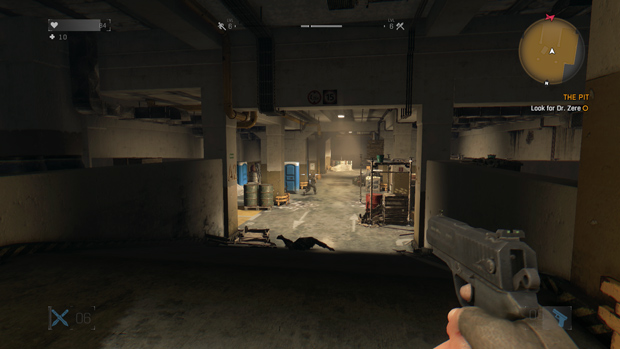 As Crane you are dropped into the city of Harran by plane and surprisingly the town turns out to be much less of a destroyed wasteland than I expected. Both the good and the bad are eager to get a word in with you, including the Rebels who prefer a the violent lawless ‘order’ this isolated apocalypse has brought about. This Rebel group should sound like standard fare in any movie, television show, or game related to flesh eating monsters. However the strength in numbers and firepower within this group is quick impressive compared to most zombie tales. Dying Light’s Rebels are bound together by the drive to survive the outbreak and get rich doing it, while crushing any less than ruthless citizens remaining that get in their way. When you land, things quickly take a wrong turn, forcing you to run for your survival right into the hands of a group that excels at this tactic. Surprise, surprise, there’s a group of parkour runners that have mastered the art of getting around the city streets without being seen or heard by the zombie hordes. You are quickly taught that the rooftops are your friends, and in no time you are up and running errands for your newly made friends. 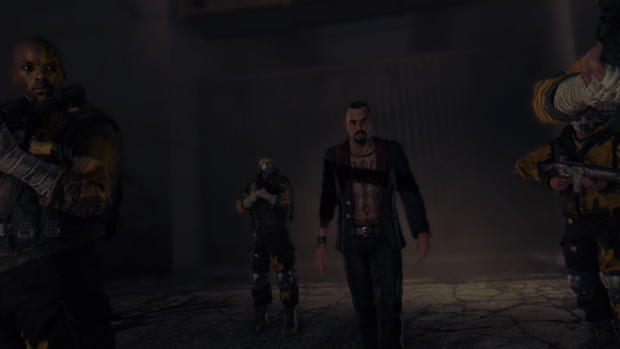 The plot thickens with the tried and true game trope known as the time limitation in the form of a zombie bite you acquired upon landing. Thankfully this isn’t the horrible movie adaption of WarZ, and there’s still time until the infection takes hold. Medication exists that can suppress its spread, which is occasionally being dropped with the military supply fly overs, but there’s quite a few people vying for the ticket to live an extra day in such a rough neighborhood. Granted the Rebels have made claiming supply drops into a bit of an art form. You can expect to drop a few bodies or pull some sweet parkour moves if you want to claim any military supplies as your own. 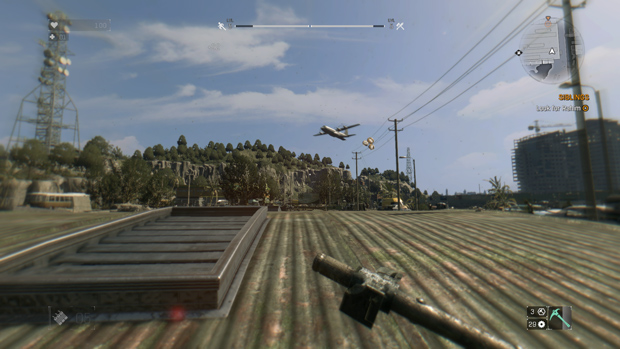 One problem I always had with Dead Island was the story. Besides the gameplay getting stale after a while, Dead Island never had the best story to work with. I honestly lost interested in many of the characters I met on the road as the tale devolved into a wanton mix of serious survival horror with awkwardly injected fantasy elements. Dying Light is different; right from the moment you are dropped into Harran, you are thrown into a rich engaging adventure with plenty of well connected side stories that unite to build out a believable journey. Few characters feel two dimensional, as each will eventually build out their story, explain what they did before the outbreak, and gain an emotional connection to you. You grow together with them, and when one of them gets hurt, the urge for taking revenge is real. Be it either the flesh eating zombies, or the Rebels that have once again forced a group of people into a position that no one wants to be in. 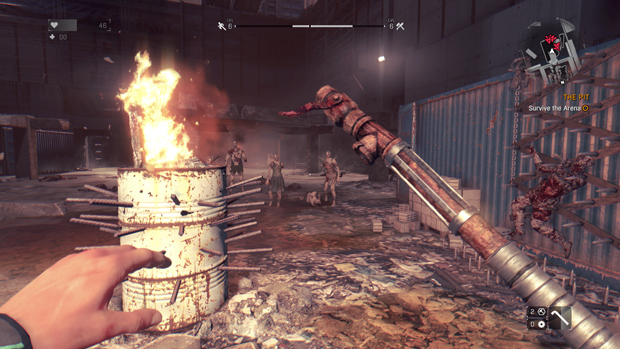 The pacing of gameplay in Dying Light might not be what you expect, especially if you’ve been following the promo hype building up till launch. Most of your early days (if you’re rational about it) will be spent sticking to the rooftops, ignoring the zombies shambling around the streets below. The Rebels are the real threats that will have your full attention when engaging. On the off chance you do end up missing a jump and finding yourself face to face with a zombie, the challenge of Dying Light’s combat will be real. Without a quality melee weapon, you don’t have much of a chance, and that’s mostly a matter of luck depending on if you spent enough time scavenging. Your side questing and knack for exploration might make the difference between facing off with a lead pipe, or bringing an electrified cleaver into the fray. An early rookie mistake might be to panic and bring your nearest threat down with a firearm. Obviously guns are the most effective weapon, but just like any quality zombie tale, that’s the quickest way to get yourself surrounded. 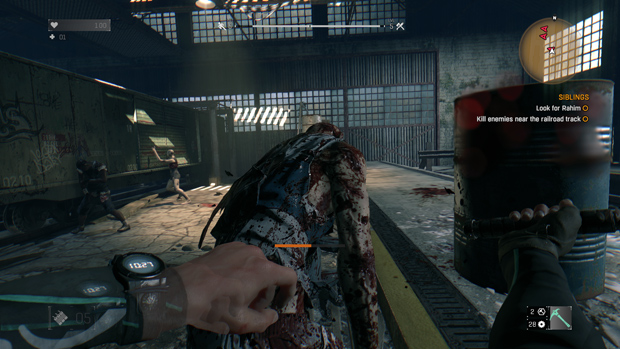 Initially the game was a bit of a letdown. It’s somewhat rare to see real progression of a character in the zombie genre, and as such Crane feels a bit gimped at first. With zombies being too much of a threat to fight in bulk, the game begins as one fetch quest after another gopher quest. This is all to build your parkour skills of course, but the platforming nature felt slow compared to other zombie titles. Don’t expect to be like Fade from Mirrors Edge, jumping from enormous buildings to another, but you will slowly get the speed and skill to make the further jumps or monkey climb structures with the speed needed to escape. 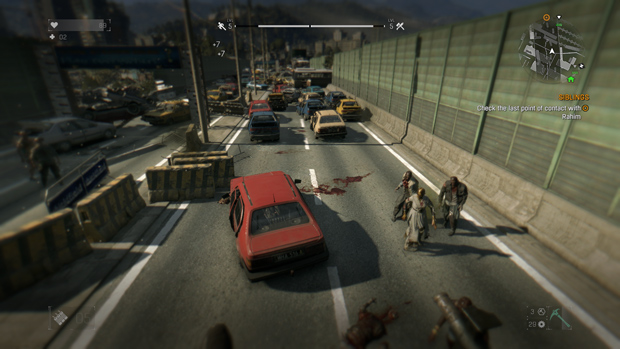 As good game design dictates, this is done with the purpose of upping the power and threat of your would be killers as the game progresses, forcing you to utilize this strengths to survive another day. When at last you’re forced to go out in the night, I hope you will live through and only end up with wet pants. The nights are horrifying, and make you dread ever traveling in dark areas. Luckily you have a flashlight to prevent fatal sneak attacks, but I found myself rarely using it as it tended to attract more zombies than I could handle. Even during times when its necessary, sometimes you’re better off not knowing of the horrors surrounding you. Besides their grotesque appearance, these nocturnal zombies are stronger and faster. In the end, stealth is the best method to survive the night, but you leave yourself open to some of the worst jump scares by doing so. After all, you aren’t the only thing hiding in the dark alleys of Harran at night. 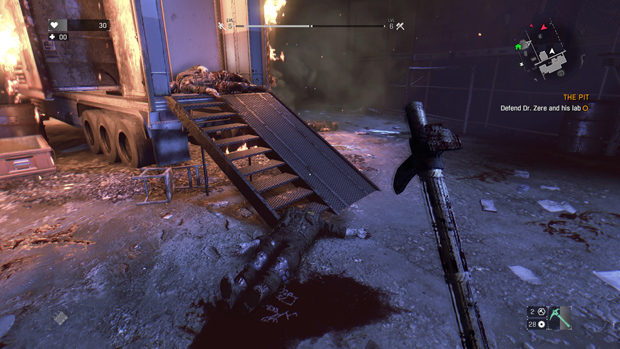 Dying Light brings back the enjoyment of good ol zombie crushing, and parkouring around a city with a threat. Its been a while since we have had a solid mix of both single player narrative zombie survival, and frantic fun co-op/competitive party modes. Racing your friends through the rooftops and laughing when one of you falls is always a good time. The combination of game modes and features keeps Dying Light’s fun factor running high long after other zombie games hit the recycle bin. Those expecting hardcore action right from minute one may be a bit put off by the slow beginning, but the payoff for sticking through to the later stages is huge, and all ties together into your strong connection to Crane and his story. 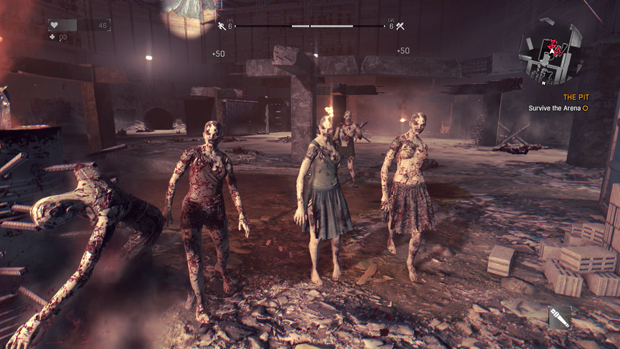 I think its safe to say that Dying Light accomplished everything it set out to be. The intriguing story makes the player think twice about some of the actions you have to make in order to survive, and you will definitely think about the world you as a person live in now. If you are a fan of zombie games, love sneaking around and running on rooftops, and objects then you should definitely check out Dying Light on PC or console.