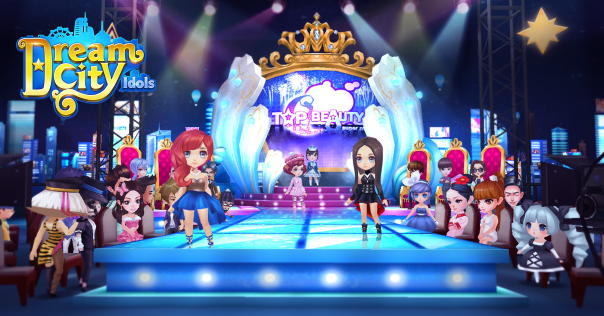 37Games has officially launched the much anticipated Dream City Idols! The game is now available for North American and Australian players on both the Apple App Store and Google Play. Climb the ranks of stardom and become #1 in Dream City!

Live the life of a star in Dream City, home of the social elite. You’ll befriend celebrities, models, and the wealthy alike, all with the goal of rising to stardom in this city of dreams. Enjoy a living city that constantly changes to the rhythm of the fashion around you.

In Dream City Idols, you’re able to customize everything from your character’s clothing, to your house, to even a storefront for those fashion entrepreneurs. Then have them reviewed by the cities finest critics to guide you on your path to stardom.

Join the excitement now on iOS or Android.