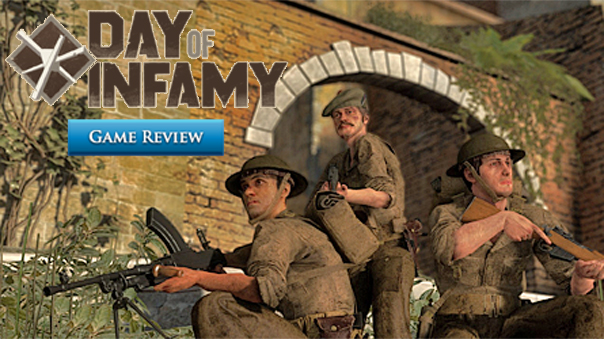 If there’s one thing that the gaming world will never seem to stop talking about, it’s World-War-Freaking-Two. It’s probably one of the most overdone history retellings of all time, with a long laundry list of titles spanning from shooters, strategy games and flight simulators. Call of Duty, Company of Heroes, Battlefield 1942, Red Orchestra, Brothers in Arms, Medal of Honor, Command… This list goes on and on…

And well, the folks at New World Interactive probably thought to themselves and said “The WW2 theme sure has been oversaturated and overdone through the years… Let’s add one more to that list!” And with that said, here’s “Day of Infamy” a new tactical-focused WW2 shooter created by the same developer team behind Insurgency. While focusing on both co-op and competitive gameplay, Day of Infamy sets out to create a deep and realistic WW2 shooter experience.

With my time spent playing the game for a few hours, I can easily say that the folks at New World have achieved that goal with flying colors. It’s a game that doesn’t bring anything particularly new to the genre or theme as a whole, but what it does is that it plays into its genre and does it well, which I can completely respect and enjoy.

Now while I haven’t actually touched a WW2 shooter since Valve’s Day of Defeat way back in 2003, I was more or less able to get into the swing of things for Day of Infamy, but not before getting my virtual body drilled full of holes. 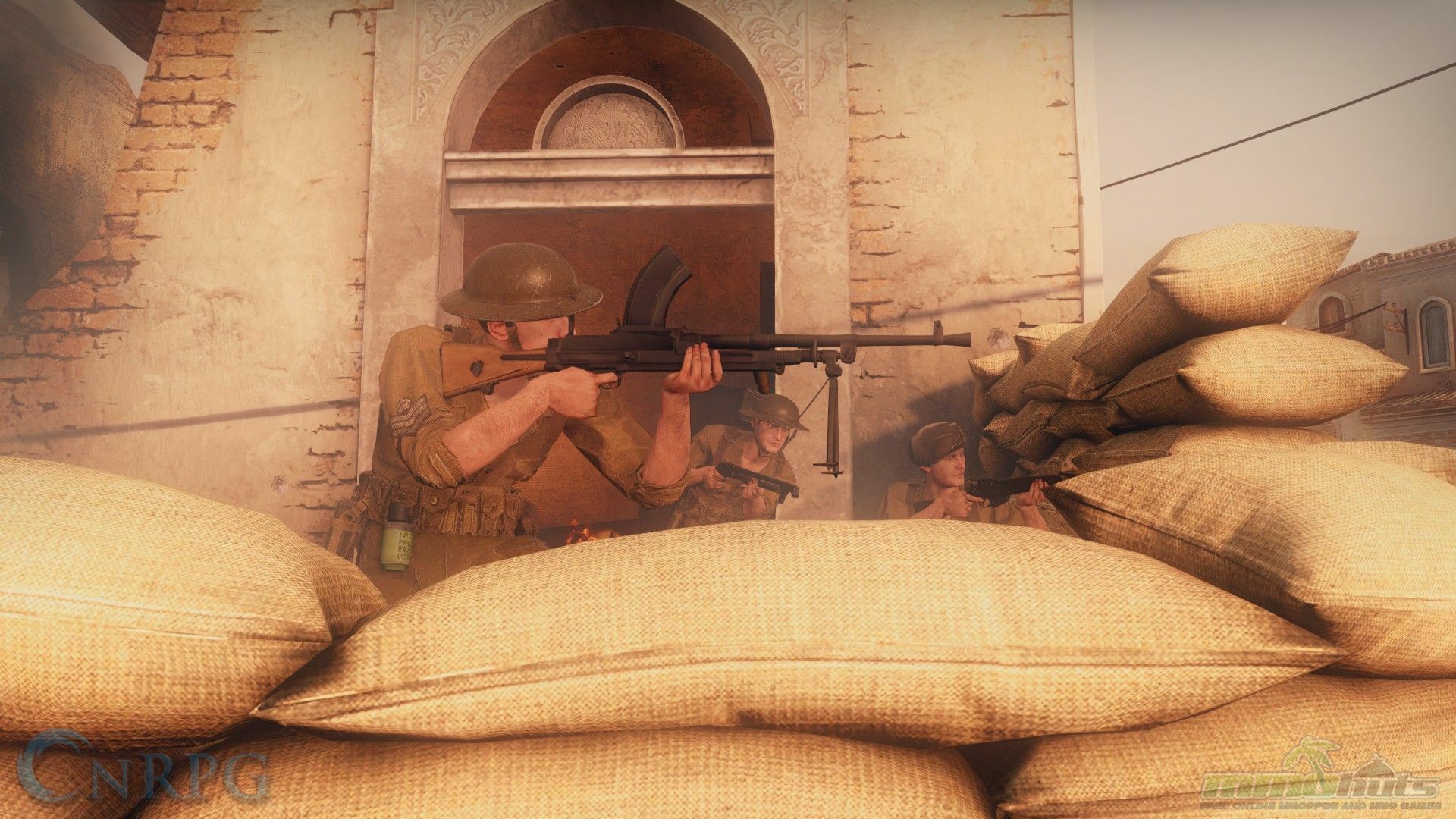 Very straightforward control scheme for anyone that has played a modern FPS title before, with one noticeable expectation that the game includes the ability to lean your body using Q/E, walk with alt key and go prone using Z, which is essential to surviving out in the battlefield. Leaning lets you peek around corners and fire shots without exposing your entire body, walking muzzles the sound of your movement and going prone allows you to get low and crawl on the ground or steady your aim for less recoil. Personally speaking, these mechanics took me awhile to get used to, but once I did, I almost couldn’t imagine playing another FPS without them.

Shooting mechanics are a lot more difficult than in most shooters due to the fact that there is no crosshairs and firing bullets have varying levels of gravity drop on them, along with considerable amounts of recoil when firing, so there are very few moments where spraying and praying is a viable option. Still, this really speaks to the developers’ aim of making a very authentic WW2 shooter. While this may not be everyone’s cup of tea, I feel that many hardcore gamers and WW2 fanatics will appreciate these challenging controls.

As a multiplayer focused game, Day of Infamy main game modes are focused on competitive and co-op gameplay, with tutorial videos that are pulled straight from New World’s YouTube page. While I would have liked to see an interactive tutorial more than a bunch of videos, they make up for this by including a practice mode where you can play solo with and against AI bots. When it comes to game modes within, there’s something for everyone that’s looking for objective-based warfare including defense, capture missions, good ol fashion team deathmatches and more. Players also have a choice between a ton of different playable classes including Assault and Support gunners, snipers, riflemen, flamethrowers, engineers, machine gunners, officers and radiomen, each which serve a singular purpose and appeal to several different play styles. Once you settle on a game mode, players will have about 20 seconds to communicate with teammates before each match starts. 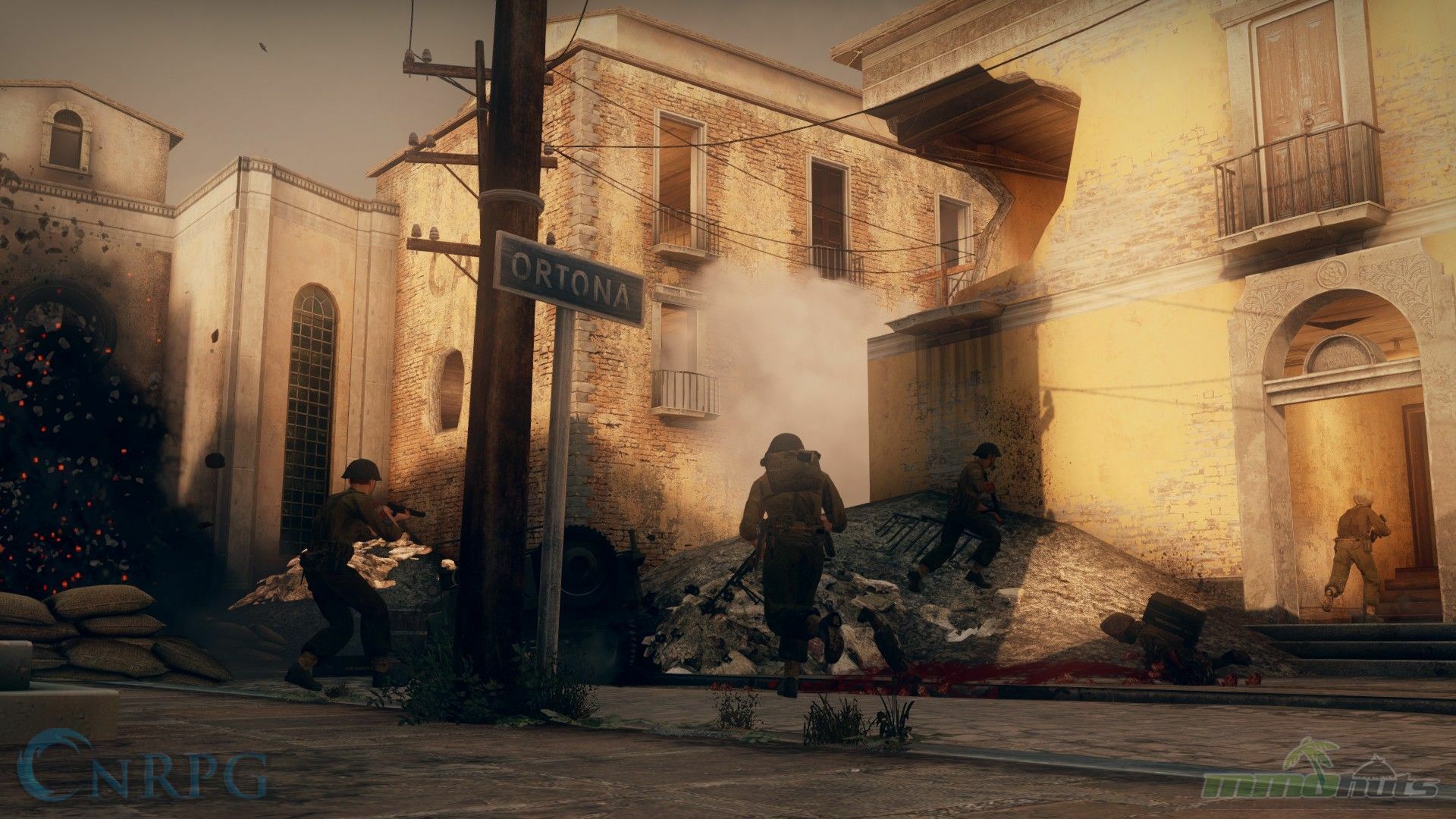 When playing in a live match for this game, it will demand your utmost focus and concentration, as every little mistake you make WILL result in your death. Pacing is slow but methodical, and as mentioned before, there’s no crosshair and not even a HUD telling players how many bullets they have in their magazine/clip. Because of these elements in the gameplay, you have to rely on your team to back you up every step of the way. Make no mistake, while playing as a lone wolf is more than possible, this most definitely will not be the kind of game that lone wolves can excel at.

There’s something oddly satisfying about executing something as simple as invading a single room against an enemy team in Day of Infamy. In any other game, moments like these would be all over the place and forget within seconds, but with the fact that you can die from a few body shots or one well-placed headshot, you’re going to have to work your ass off to make every single kill or objective capture count. 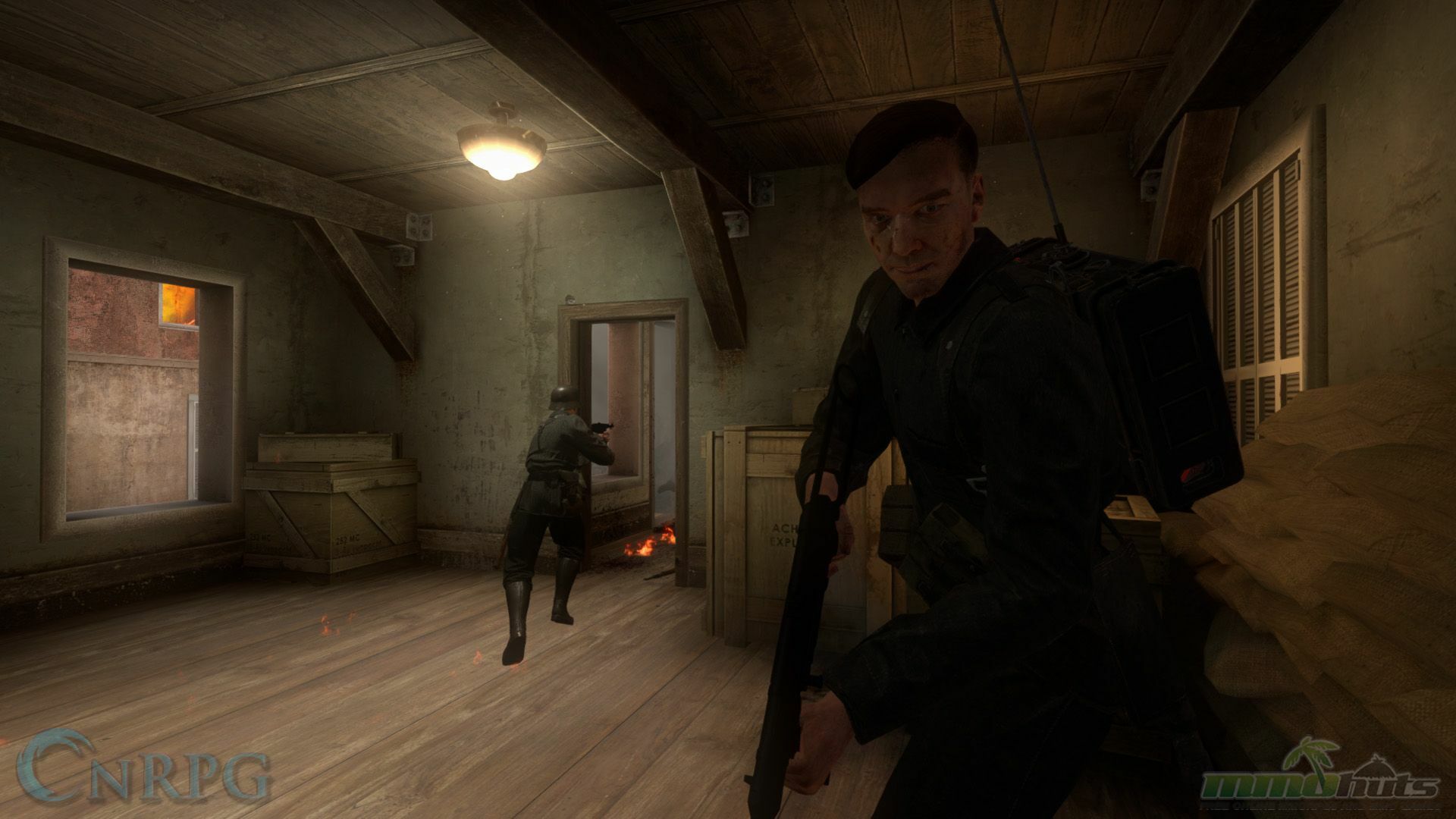 Speaking of communication, speaking up to your teammates is far more crucial than in any other FPS game you’ll play. Probably on the same level as games like Battlefield where death can come at you in multiple directions. Even mentioning that you’ve taken a hit and don’t know where the enemy is shooting from can spell the difference between life and death, at the very least for your team, because it’s incredibly easy for teams to snowball their attack into a complete team wipe and soldiers drop like flies, one after another. Players will make certain that you better talk up a storm while playing, too, and at the very least they’ll tell you to make use of the radio commands that are available such as attacking, defending, retreating, regrouping and other useful phrases, all fully voice acted by US, Russian, and German soldiers.

As far as progression goes: Winning or completing matches in Day of Infamy grants access to various different units based on multiple warring factions that served during WW2 including the Commonwealth and the 1st Ranger Battalion. The nice thing about the game’s progression is that it’s all cosmetic based, and the newer units will play exactly like the units that players start off with, making sure that there’s no separation between a skilled player and player than just logged in a ton of hours. You can’t ask for any better for people that love fair and balanced competition.

Overall, the gameplay and features in Day of Infamy are very straightforward and solid for those that enjoy their games to be presented in an old school sort of way, as everything you need to start competing and enjoying the game is given right at the start. No required DLC or micro transactions, no BS. And even better, the game has mod support which offers a whole new world that players can explore once the base game gets stale.

Now while the visuals aren’t very special, the atmosphere still manages to get the job done as the theme of WW2 is portrayed as naturally as one would expect, with gritty looking soldiers, gritty landscapes, gritty everything. The quality of the textures and environments seems to be a bit on the dated side, but it’s very much forgivable. Sound design makes up for a bulk of the presentation as gunfire, battle commentary between soldiers and explosions all sound authentic, really making you feel like you’re in the middle of a grand war. 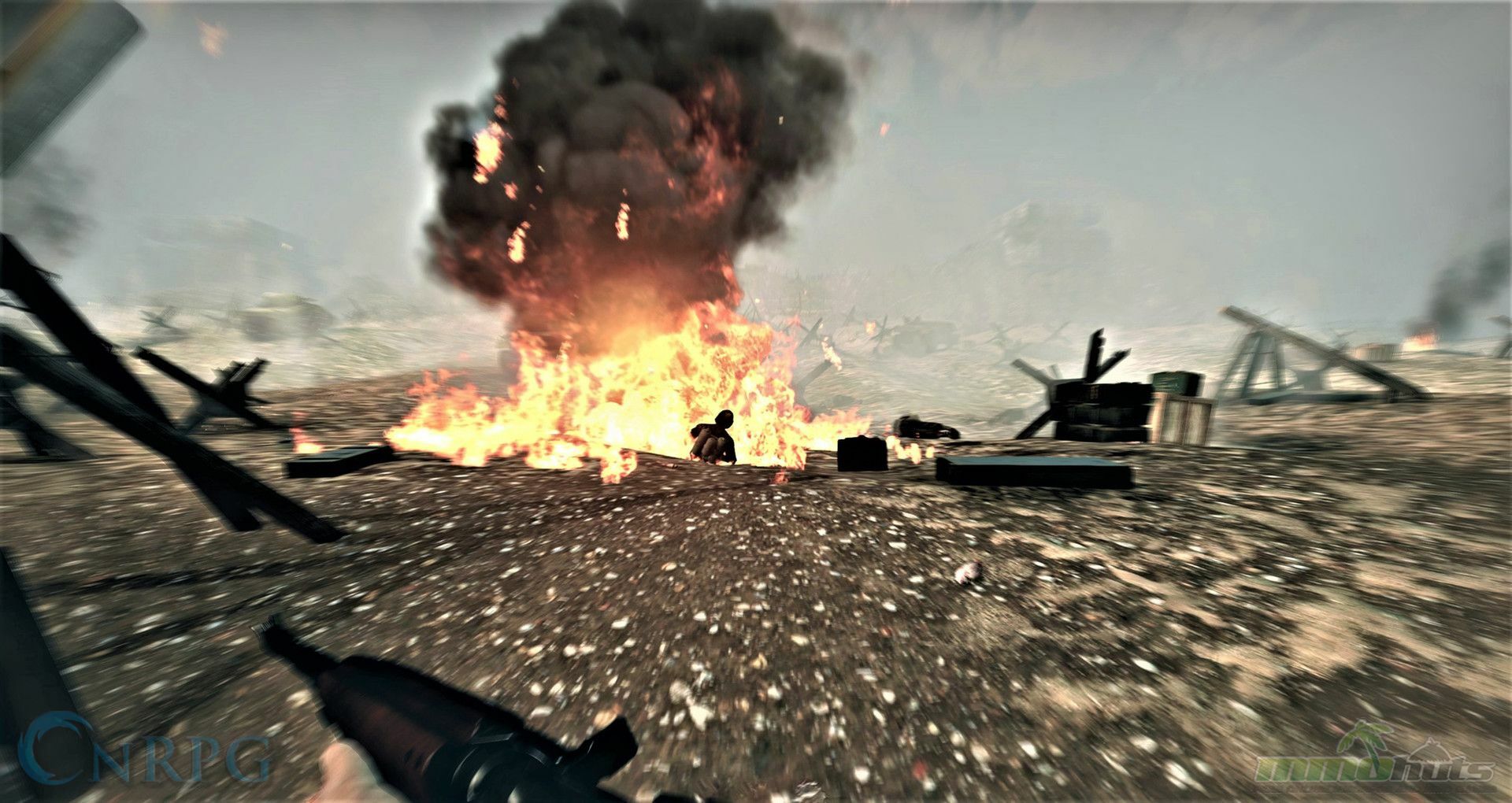 While there’s a few sour grapes here and there, the community for Day of Infamy is surprisingly mature and dedicated as they welcome seasoned FPS veterans, players that are more inclined to play other types of FPS and new gamers in general. They’ll give you the does and don’ts of warfare and do their best to assist you every step of the way. It’s very rare for me to say that an online focused game has a decent community these days, but I can kind of understand why the community isn’t as crude as in other games, because there’s no sort of special progression to work towards, no global leaderboards to climb or anything of the sort. The people that enjoy Day of Infamy (get this) are just playing for the love of the game and for the love of WW2. And with none of that shiny stuff to get in the way, they can all focus on what matters. 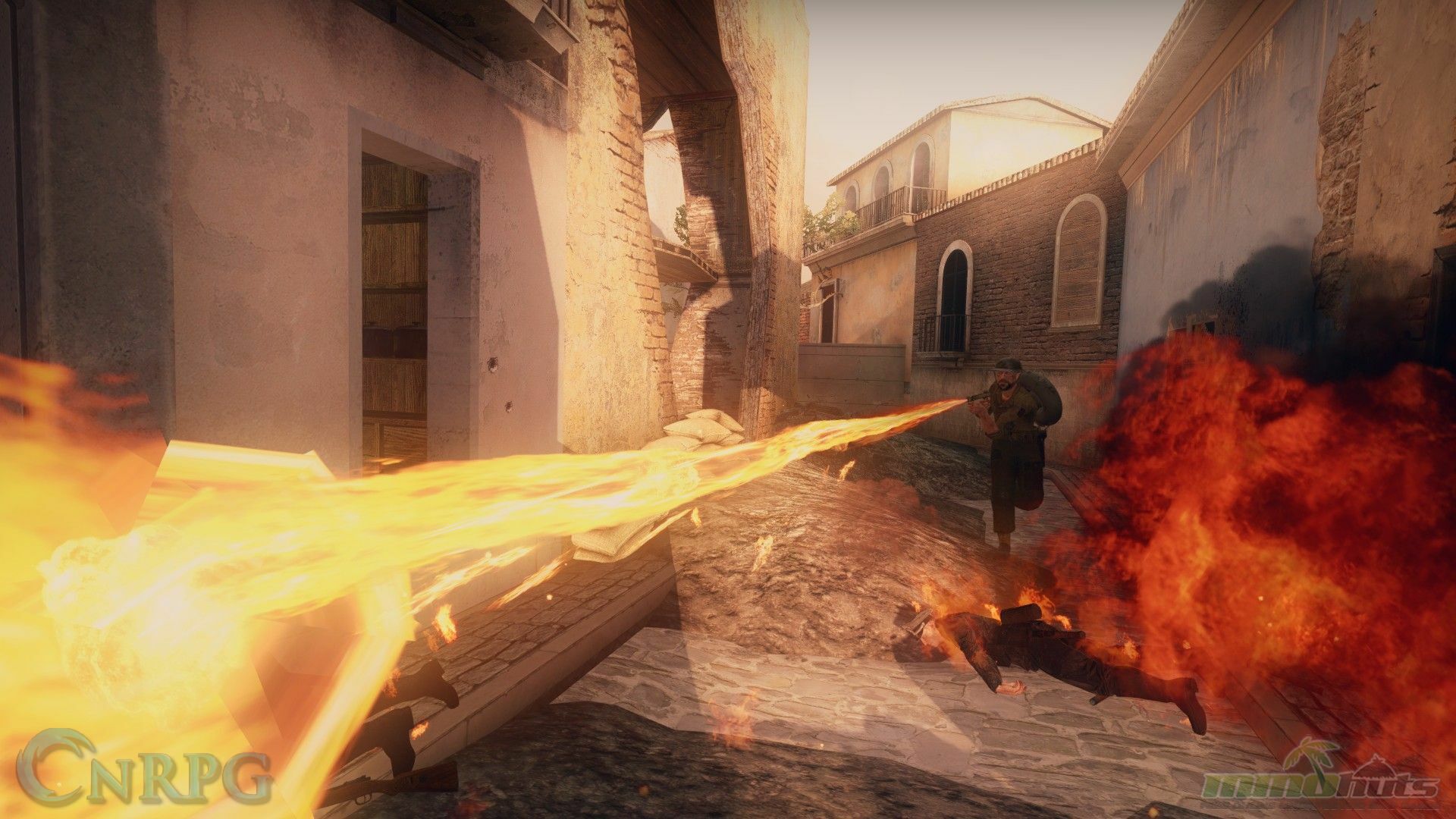 While still very intimidating at times, these players will also show new players no mercy and will quickly enroll you into the school of hard knocks when it comes to getting a grip on live matches. If you felt that playing against bots were bad enough, then get ready to have your crap pushed in multiple times over in online matches. Still, for those that are willing to learn and battle through it on, you’ll be sure to have some fun and perhaps make a few friends along the way.

This game doesn’t do anything new to the FPS genre or the WW2 theme, but for what it’s worth, it does its job admirably and can be something that fans of WW2 games can add to their gaming library with pride. From the gunplay to the objective based missions, Day of Infamy is easily one of the more solid WW2 shooters to come out in recent years.