Crossout Starts the Holiday Season with a Bang 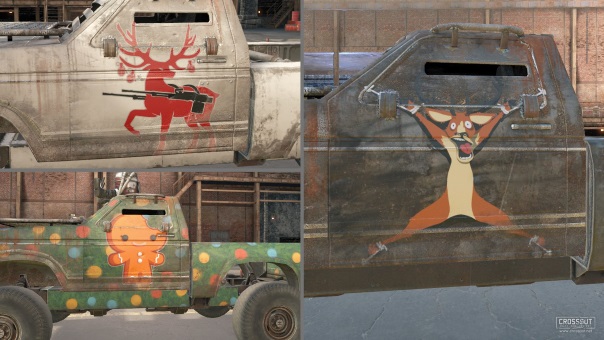 Today, Gaijin Entertainment announced a holiday event for Crossout. Update 0.8.4, code-named Snowstorm released its holiday goodness. Crossout players can celebrate Christmas early with the release of 0.8.4 “Snowstorm” update. Beginning December 15th running through January 5th players can join the new holiday-themed PvE mission “Christmas Heist”, earn “Crackers” (think little confetti poppers), and exchange them for holiday car decorations, which multiply the amount of experience earned in each battle. Players will be forcing their way through a bandits’ lair to save Christmas from being burned, and battle with the grinch-like Bandit leader in order to restore Christmas. Gifts are hidden in the unlikeliest of locations and the storehouse is well-defended.  More info can be found below.