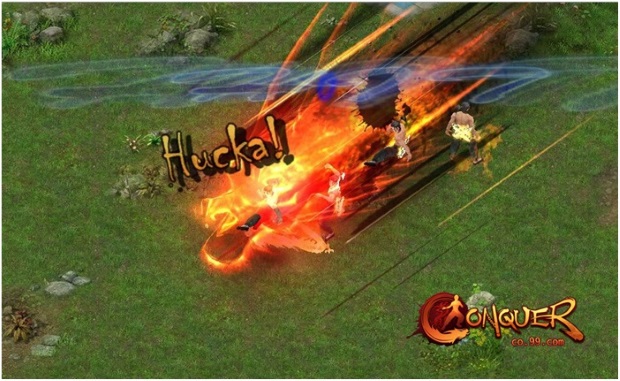 After months of waiting, Free to play MMORPG Conquer Online has finally announced their new expansion, bringing the arrival of an anticipated new class – the Dragon Warrior! This update is set to be launched on Oct. 30th. All players will experience real Chinese Kung Fu and the exclusive Nunchucks by playing this class. At the same time, an exclusive video showing how the class fights is also being released!

Introduced as a battle type class with powerful attack and combo skills, the combat video shows how the Dragon Warrior holds up in real battle against other classes using his unique skills. He is a specialist at attacking and dealing physical damage. The skills of the Dragon Warrior feature the golden Chinese ink effects, as well as the figure of the dragon, and can be performed with nunchucks. The Control skill is introduced in Conquer Online for the first time, which allows the Dragon Warrior to control the tempo of the fight and be at an advantage, all the time.

Together with the arrival of the Dragon Warrior, tons of rewards and a newbie pack will also be waiting for players on Oct. 30th, to give the young adventurers a boost to help them begin their adventure!

Want to find out who is the real King of Kung Fu? Check here.