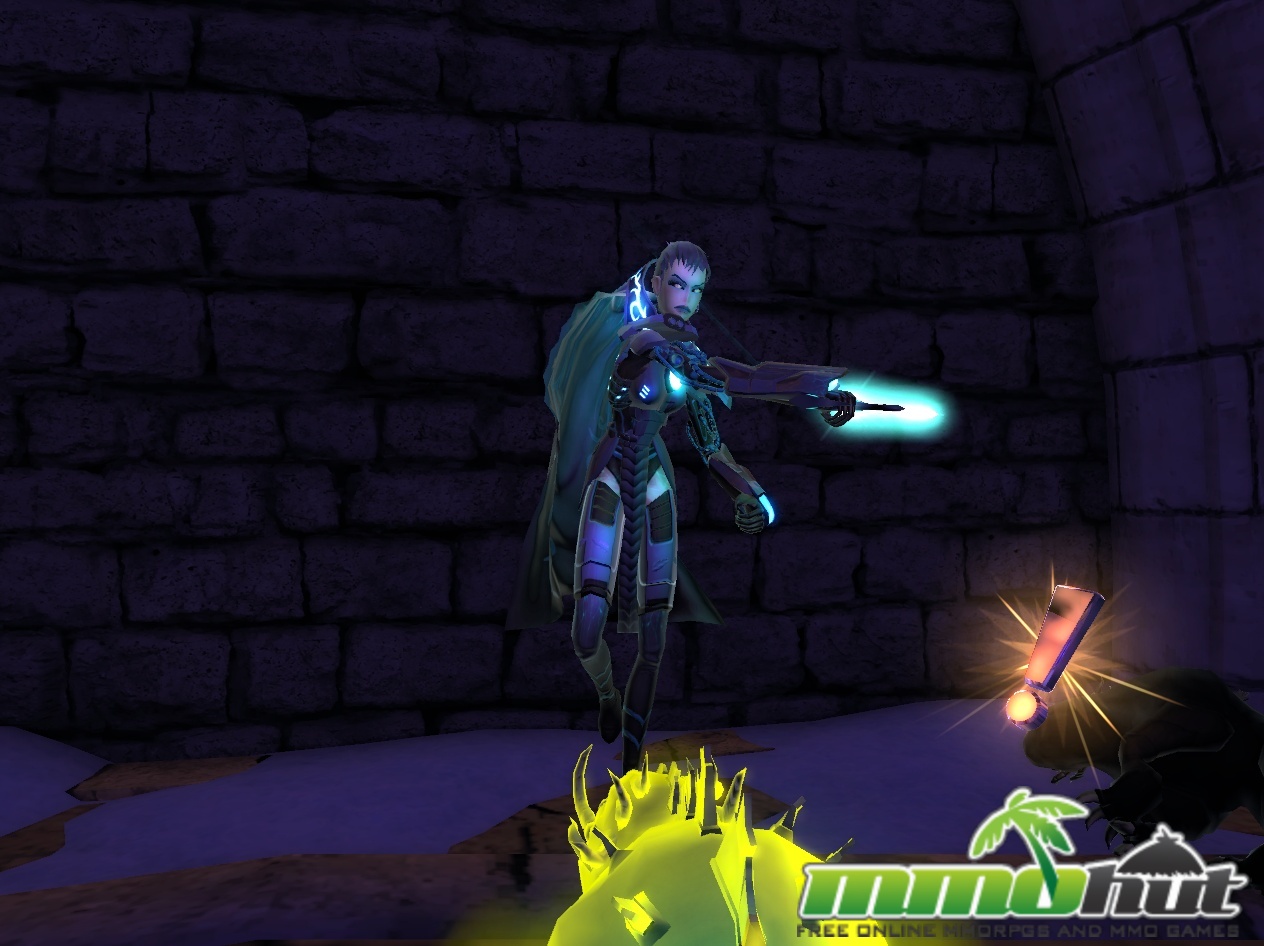 In October of 2009, Cryptic studios (known for being responsible for the creation of the City of Heroes/Villains franchise, also known as CoX) released a game highly anticipated among fans of CoX: Champions Online. Champions is known for a number of unique features, including an open power system, dazzling graphical capability, and arguably the best character creator of any current MMORPG. For anyone who loves tweaking builds, creating themed characters, and designing avatars to be whatever character is lurking around in your brain just waiting to be expressed, Champions is a ticket to genuine entertainment. Champions Online was originally released as a pay to play MMORPG with a free trial, but a new free-to-play option has been added on January 25th, 2011. 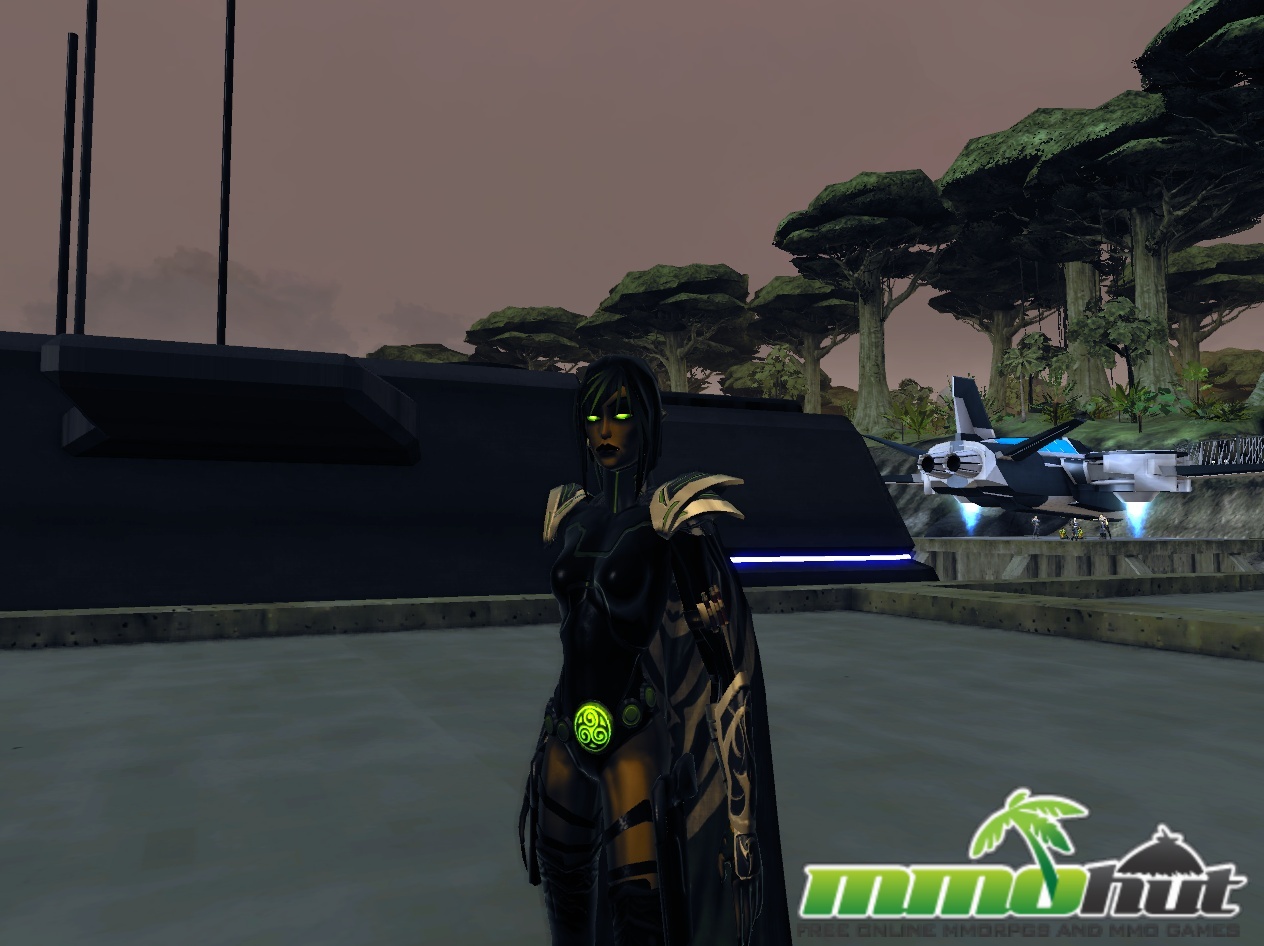 Tailor-Made
The first thing anyone will notice about ChO is the character creator. It’s the first thing you’re prompted to do, after selecting your two initial powers and starting stats. People new to super hero MMORPGs (of which there are only really three) will probably be completely overwhelmed by the character creator in Champions. There is nothing I can really say to someone to prepare them for this, except that just like playing the game itself, getting good at making characters in ChO takes practice. Like Perfect World, which also has an incredible character creation system, there are hundreds and hundreds of parts for every imaginable aspect of your character, from choosing eye types, sizes and gradients, to arm accessories, thigh accessories, leg types, tails, ears, nose or noseless, alien or demonic, it goes on and on and on! If you can imagine it, you can make it in this character creator. My main character is a tall, willowy techno-paladin from the future! She’s so awesome. Half the fun of a game like Champions Online is being able to create a character you love and then being able to play as that character. Of course, you can’t be complete without the proper powers…

Pick a Power! Any Power! (for money)
Paying players (those who subscribe monthly to become “Gold members”) have complete control over how their character progresses. In Champions Online, you can pick any power in the game for your character. The various powers are organized into frameworks (telepathy, unarmed martial arts, supernatural claws, etc.), which are then organized by tiers (you can access the various power tiers depending on your level and the number of powers in a single framework already selected), but it’s important to note that after a certain level (level 26) you are free to choose any power in the game, from any framework, regardless of tier. Do you want a martial artist dark sorcerer with a laser sword and a gun that turns people into teddy bears? Okay! Do you want a werewolf that attacks with claws and carries a gatling gun? Why not!

It’s this open system, combined with the character creator, that has drawn so many people to Champions Online. When the game was pay to play with a trial, users could only play through the game’s tutorial and had a level cap of 15. Now that the game is free to play users can fully explore the game and build their superhero the way they want to. One of the game’s biggest strengths is its character growth system. 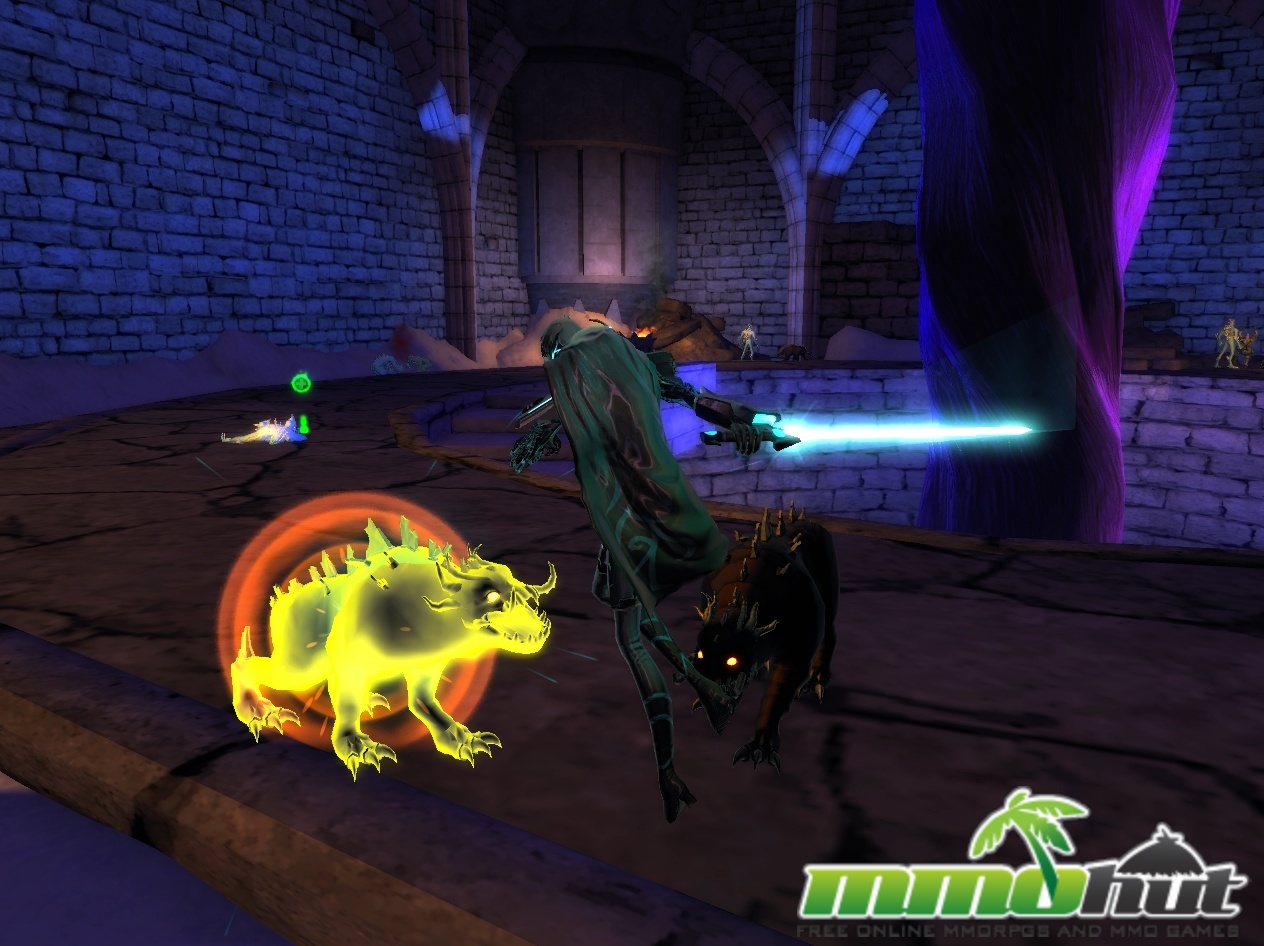 Supreme Stats! Archetypes!
On top of this, as if your customization wasn’t enough already, players choose two “superstats”, or characteristic focuses. At level 6 and level 13, you will be asked to choose a stat to focus on from the following list: strength, constitution, intelligence, recovery, dexterity, endurance, ego, and presence. Each stat offers unique secondary benefits, such as intelligence offering a power discount and cooldown reduction, or strength affecting your knockback strength and resistance as well as your ability to lift large objects. Whatever focus you choose, it determines how much damage you deal. So, this means that the character you’ve designed doesn’t have to be tied to a specific stat depending on your power choices; your powers are fueled by whatever stat you please. Does your gun-toting paladin aim their shots using a combination of intuition and agility? Go with DEX/EGO! Does your magician cast spells, but also have a ton of HP and super strength? Go with STR/CON. No matter what, any gear pushing up your two stats increases your damage. This, in my opinion, is super cool.

Unfortunately, choosing your stats is only available to subscribers. If you’re playing the game free-to-play, then you’re going to be limited to locked in frameworks called archetypes. Archetypes can still be very effective, and you can choose how to enhance the powers you get, but the progression and stats are locked. To some people, this is actually a boon (plenty of people find the open power system overwhelming), and to others, it’s maddening. 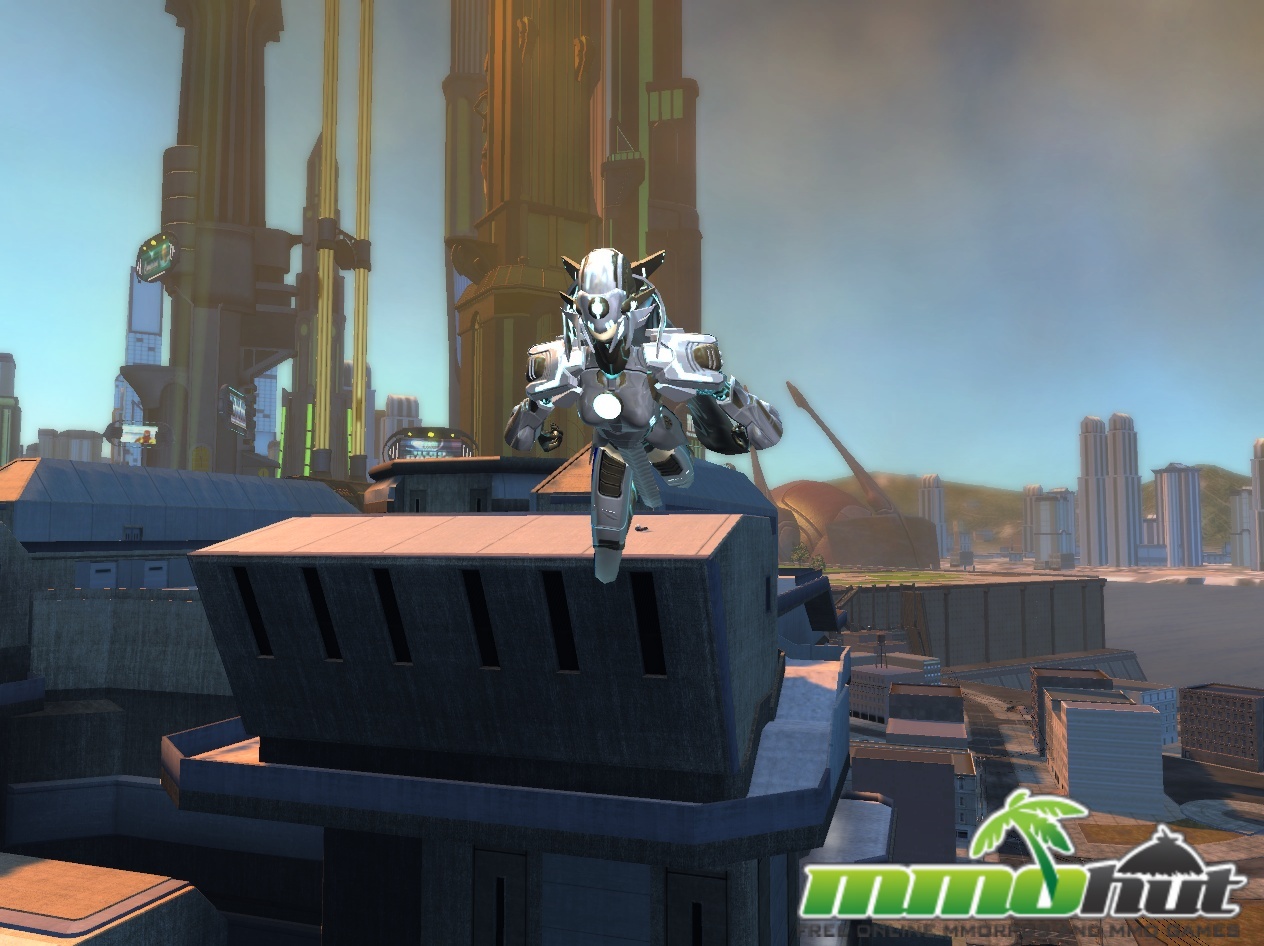 Ground to a Halt
The gameplay itself, as we’ve noted, is an epic blast. It is just plain satisfying to play this game; it’s a smooth, action-packed experience. Watching your character effortlessly gun down and knock around enemies and shoot blasts and what have you is too much fun. On top of it all, simply creating new looks and new builds is a lot of fun, and can keep many people occupied for hours. Unfortunately, there is a limit to how entertaining Champions Online can be. Even over a year after release, and with a new area, two adventure packs and some revamping, Champions Online still feels like it’s hurting for really engaging content for players to enjoy.

Once you slam into the level 40 cap, you’ll find yourself wanting things to do. The game does have opportunities to get new and better gear through the adventure packs and high end instances, like Therakiel’s Lair. You can also try these challenges on varying degrees of difficulty, alone or with friends, ranging from “normal” to “elite.” If you’re a completionist, and enjoy a challenge, trying to finish Therakiel’s Lair on elite with a good team is a pretty good time, but it’s very difficult. Unfortunately, with only a handful of major end-game areas to enjoy, Champions is in a content-void position. End-game gets boring, so the usual answer is alting, or PVP.

PVP – Friend… or foe?
PVP in Champions Online is a mixed bag. You’re certainly not going to meet the greatest examples of sportsmanship and human decency doing PVP, but that’s true of any online arena. PVP in Champions can actually be really fun – even I was able to get into it. Unfortunately, with such an open power system (unless you’re PVPing in the archetype arena, which you will be, if you’re playing this for free) things can get imbalanced relatively easily. Players will find the most effective, brainless way to dominate, and that is what they will do. There are multiple “builds” that can work in PVP, but making them requires a great deal of creativity and dedication. The rewards for PVP are marginal and not nearly as good or easy to obtain as the PVE rewards, making PVP and dueling more of a fun change of pace, rather than a legitimate end-game focus. This may change over time. 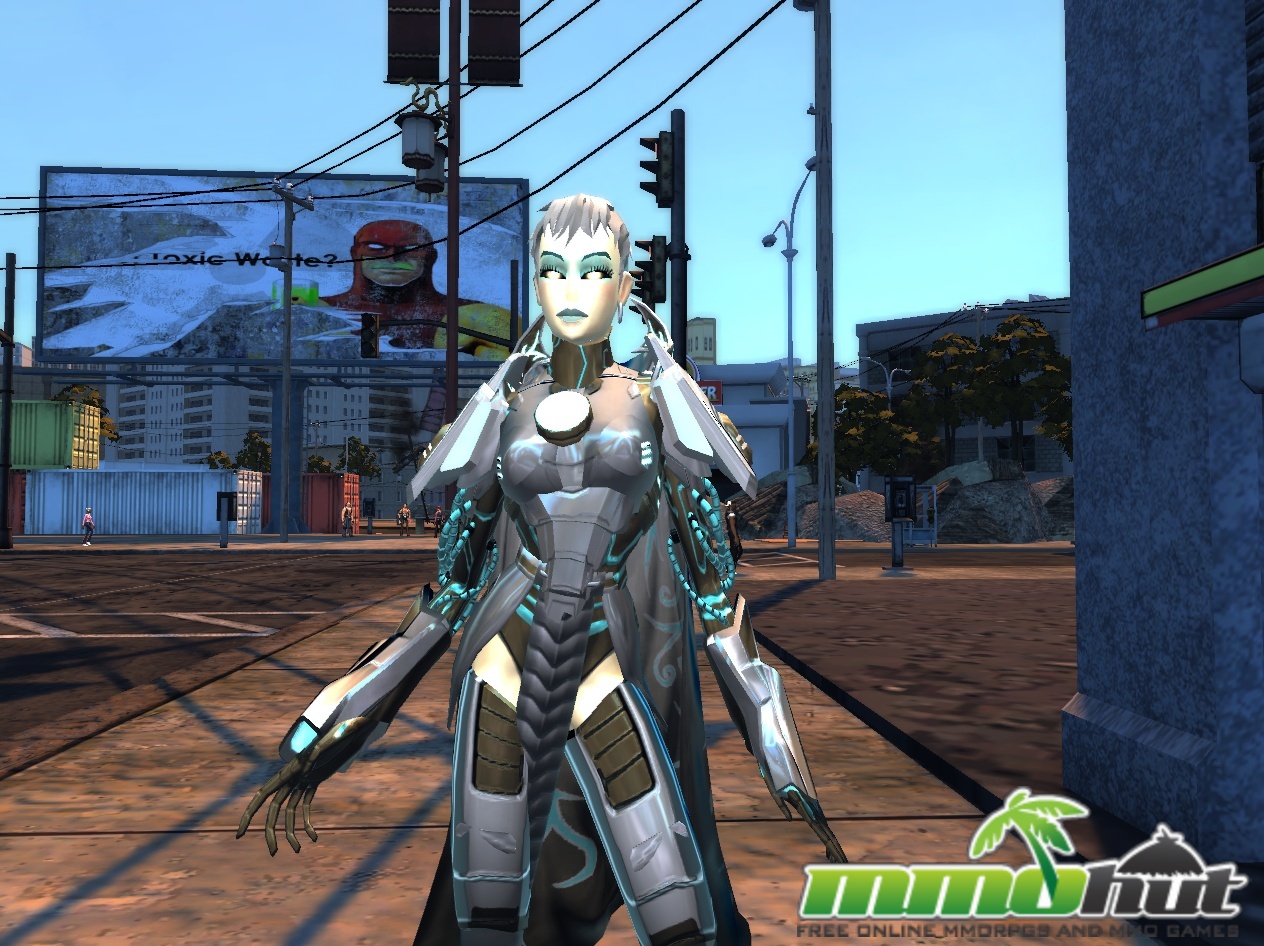 While some people may be irritated that they have to pay in order to be a true “Freeform” character, others will be very pleased with the addition of archetypes. Playing Champions for free is a surprisingly full experience, and your character’s progression is still fairly customizable. You can also purchase additional, fancier archetypes from the C-store, or cooler travel powers. As far as free titles go, Champions Online: Free for All is a great game. Just don’t upgrade to gold status… once you get a taste of full, freeform customization, you might never be able to go back to the archetypes.