Can You Solo Final Fantasy XIV? 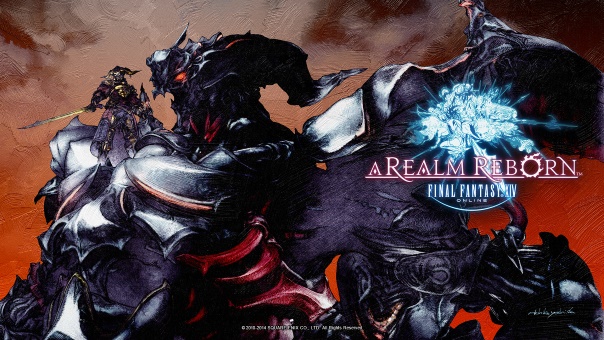 Final Fantasy XIV is an incredibly popular MMORPG that has a stand-out gameplay mechanic of letting one player take on any role they wish, provided they unlock it. While it does have a vast wealth of single-player storylines to tackle, and Raids, Trials, Dungeons, the big question often asked if ‘Can you play Final Fantasy XIV solo’? The answer is “Yes, but. . .”.

Party Mechanics are Key to the Final Fantasy Franchise:

That’s one of the major selling points of Final Fantasy – a group working together to fight evil and darkness. Final Fantasy XI’s biggest flaw was that you could not do anything solo beyond maybe level 20 unless you played one of two job classes, and even then you would go incredibly slow. Final Fantasy XIV has so much content that must be played solo, such as the MSQ (Main Story Quest). Nobody can help you do the missions that go along with this, so the game does teach you to be self-reliant, to a point.

At certain points in the Main Story Quest, you’ll be gently nudged towards a Dungeon or a Trial. Dungeons are four-person events, instanced off, where you have a Healer, Tank, and two DPS. You are not able to push forward with the main story without completing these. Not every dungeon will be required, but many are. Ultimately, Final Fantasy XIV is an MMORPG, and it encourages group play. These events typically do not take long, and then you are free to return to your solo lifestyle. A large amount of the group content is optional though. The Alliance Raids, and Primals are optional, as are the harder difficulty modes of the Primal Battles. Party Finder will make this a painless experience, so you can do the dungeon, and move back into the story to craft, complete FATEs, Leve-Quests, the MSQ, and Side Quests.

The Nature of Blue Mage:

Blue Mage is a class that is designed around the single-player experience, in theory. After reaching Level 50 and completing the Final Fantasy XIV 2.0 Main Story Quest, you can unlock the Blue Mage. Blue Mages cannot join any random queues for dungeons at all but can enter dungeons in a pre-made group. “Solo Class” is a bit of a misnomer though – at least half of their abilities are in dungeons, raids, or trials. They also do not have a 100% chance of dropping, so BLUs will find themselves spamming dungeons over and over to unlock some of the more potent skills. I would steer clear of BLU as a new player until you’ve had time to form friendships with people willing to tackle these challenges with you. More information on the Blue Mage can be found in another article from when it released initially.

The Blue Mage also has the “Masked Carnivale”, which is a level 50 trial that only Blue Mages can enter. Several of the Blue Mage abilities can be unlocked here, across the 25 stages that make up the Masked Carnivale. It’s also important to note that many of these battles could become very difficult, as most of these enemies have particular elemental weaknesses. Not reading up on what the next encounter is could create an encounter that is more difficult than necessary. Blue Mages can only have a certain amount of abilities equipped at once, so take the time to swap out what you don’t need for what is necessary to move forward.

Which Dungeons are Required?

They are Sastasha (Level 15), The Tam-Tara Deepcroft (Level 16), Copperbell Mines (Level 17), The Thousand Maws of Toto-Rak (Level 24), Haukke Manor (28), Brayflox’s Longstop (Level 32), The Stone Vigil (Level 41), Snowcloak (Level 50) and The Keeper of the Lake (Level 50). These are the “A Realm Reborn” Required Dungeons. There is also a pair of 8-player events to challenge, Castrum Meridianum and The Praetorium.

What are your options?

As you can see, that list of dungeons looks pretty daunting. As someone who wants to play alone, there are simply times when that’s not possible. But I believe it’s Square-Enix’s way of helping people make friends and embrace the story as a group, even if temporarily. There are also FATEs, which are random events on most of the maps, that you can do alone, but there will be other players there helping out. You don’t have to make a party for them, you just have to show up and do your party (a’la Guild Wars 2). Having a Free Company (FC) to do dungeons with will make them a lot less painful, and will get you right back to questing alone if that’s your wish. Even with the occasional dungeon, most of the game is tackled alone. At the end of the day though, they do want people to come together to experience this world.