Stealth
Hotly debated, stealth has finally been confirmed as a function in the game. Stealth classes are promised no movement penalties until they come within close contact with an enemy, at which time they automatically slow down to allow them to get the perfect drop on their opponent. These classes will feature powerful initial strike attacks and plenty of crowd control ideal for making 1 on 1 encounters completely one sided. They’re also being limited to robed armor to avoid detection from the creepy crawlies living within the veil that they must walk through while in stealth. 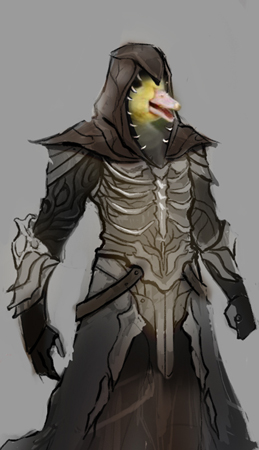 This amazing class is sure to draw a large number of the playerbase to it, so initial population will be limited by a special Builders pack to ensure plenty of prey for these characters. Obviously necessary for proper testing purposes.

Pay-to-Win
Mark Jacobs has addressed the recent concerns by Founders of CSE’s stance on pay to win. Luckily reason has won out, allowing founders to ensure their permanent win status by offering those who contribute over $5,000 a sub title of WINNER. Future players and less generous backers will subsequently be labeled by non-option LOSER titles to ensure no confusion in the Pay-to-Win stance.

No Cash Shop ConfirmedWhile on the note of monetization, the concerns of a cash shop have at last been buried. Camelot Unchained will be taking credit cards only. You can be sure to purchase all super hero racial boons, weapon and armor buffs, instant heal pots, and more with a quick punch in of your card number. Those who refer a friend to spend can also rest assured that they’ll be cut in on a percentage of proceeds from said transactions.

MMORPG Mechanics Disregarded for MUD Combat
Recognizing that there was simply no way to meet the high expectations of backers, Camelot Unchained has announced that the pen will be mightier than the sword with their reveal of MUDUI (Massively Unifying Direct User Interface)! Now the limitations of your crafting or combat prowess are literally your imagination, as you race your foes to type in the ultimate attack combination before they can pwn you. “Fight, kill, stop, please, you, and stealth” will be limited in use for balance sake of course. Though it’s not unlikely that said limits can be stretched in the new credit shop.

There’s much more to cover including new capturable islands in space and Mark’s plan to undersell competing gold sellers and account levelers to cut out any chance of outside sources competing in the game. Be sure to check it all out in the full newsletter here!