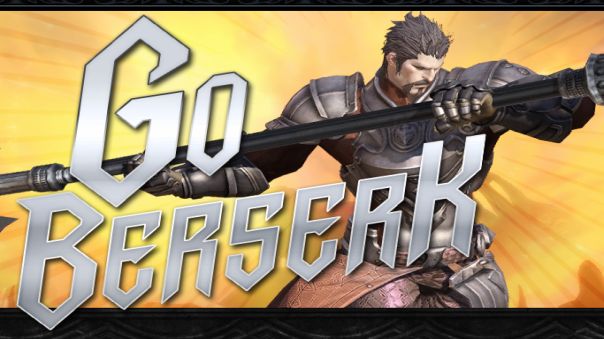 En Masse Entertainment has recently announced that a new update for their action-based MMORPG TERA: Rising will be recieving a new update called “Go Berserk”. As users may have guessed, this new update will be focusing on the updating the Berserker class with a handful of new skills and abilities. The berserker class will also become viable as a tanking role, which now fits in between the Lancer and Warrior class in terms of strength and threat-building.

Besides from a new class update, two 5-man PvE dungeons will be included in the update, including the return of a previously removed dungeon Boss, Kaprima. For the PvP fans out there, a new 15 vs. 15 dungeon called the Gridiron will be included, which is set up in a Team Deathmatch style format where the first team to rack up 70 kills will win. For the raider crowd, a new 10-man raid will be included with new BAMs to fight and puzzles to solve.

For more info, on this new update, visit http://tera.enmasse.com/berserk