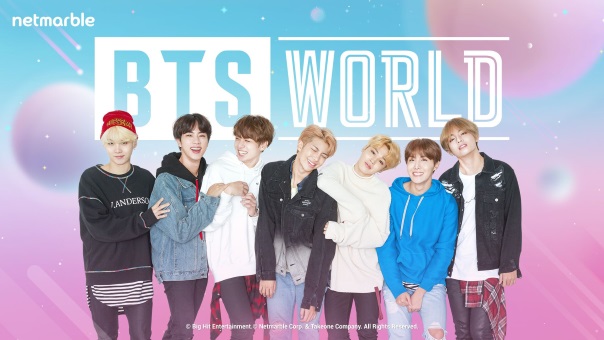 Pre-registration has begun today for BTS World, a mobile title from Netmarble, starring global superstars, BTS. Created in conjunction with BTS, BTS World is a story-based mobile simulation, that takes players on an interactive journey. BTS World includes exclusive 10,000 brand-new photos and 100 exclusive video clips. It also brings BTS fans closers to the band than ever, allowing them to virtually interact with members through a 1:1interactive system.

The pre-registration site will also give players a first look at BTS WORLD, including a game introduction, a BTS story, and “From BTS” – a special sneak peek of the game’s “mobile function” that lets players interact virtually with group members. In addition, the site will feature a mini-game, pairing players with the member they match with best as a manager through a short series of questions. BTS World will be released worldwide for iOS and Android devices, and a release date will be offered when we have more information.

“BTS WORLD was developed with the players in mind from the very beginning,” said Seungwon Lee, Chief Global Officer of Netmarble. “Not only do they get to experience something entirely different, but they’re also getting access to a tremendous amount of new and exciting content we created with BTS specifically for the game.”