Ankama at NYCC 2016 – Preview of Krosmaga and Dofus Touch 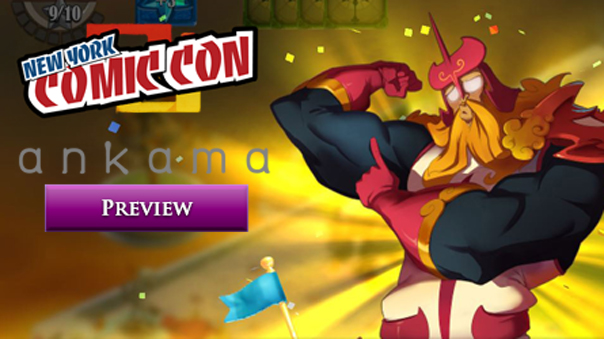 So with the last day of NYCC 2016, there was one booth in particular that was hiding away in the VR section of the convention center. To my surprised, it was Ankama, the French transmedia giant who was there to show off their latest titles set in the Dofus and Wakfu worlds. After finding the booth unexpectedly, I was in luck that Alex, Ankama Brand Communication Director, was available for a quick talk about their future plans and games. 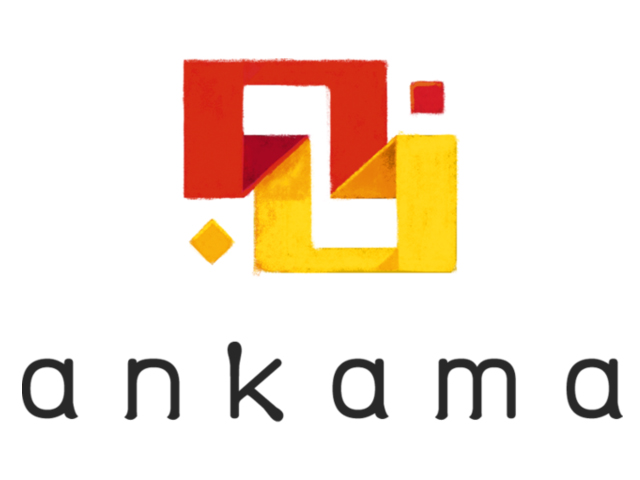 Mikedot: So you’re here at NYCC 2016 showing off some of your newest titles known as Dofus Touch & Krosmaga. For those that don’t already know, could you tell us what these two games are all about?

Alex: So for those that aren’t familiar with Ankama: We’re a French company promoting a Transmedia franchise. While we’re mostly focused on video games; we also have TV shows in the form of cartoons, animated movies, mangas/comics, board games and so much more, all describing the universe of Dofus and Wakfu which we call “Krosmoz”. 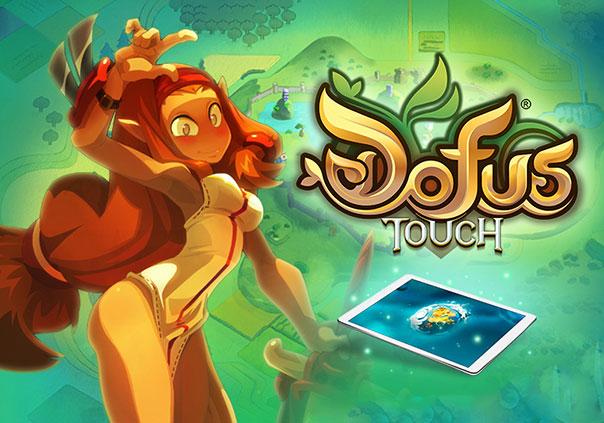 We’re here at New York Comic-Con 2016 to show off our new games starting with Dofus Touch, which has just been released very recently for iOS and Android devices. Dofus Touch is an MMORPG based on the original Dofus MMORPG that was released for the PC back in 2004, and with our time and dedication, we managed to pack in over ten years of content into a tiny tablet or smartphone. It’s a huge game and compared to other mobile-based MMORPGs, it’s probably the biggest of them all. Dofus Touch is also a free-to-play game where you don’t have to pay a subscription. No matter how long you play or how far you get into the game world, you can enjoy all the features of the game for free. Of course, if you want to accelerate your experience or add some customization to your character, you can buy things from our cash shop, but overall the game is very much a free-to-enjoy experience. 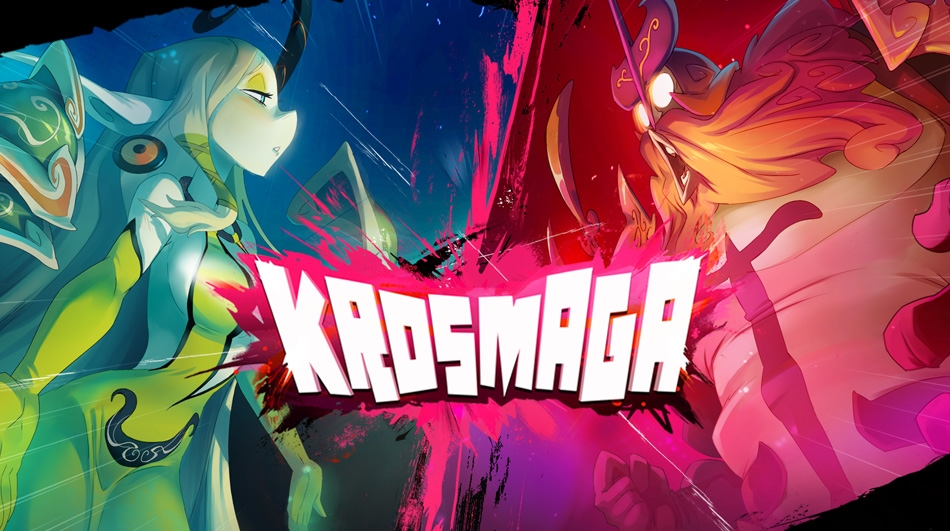 Krosmaga, on the other hand, is a card trading game that will be available on PC and Mac that is currently in beta which you can sign up for at http://www.krosmaga.com/ and subscribe in order to get an invite into the beta test. Basically, Krosmaga takes the best parts of CCG games such as Hearthstone, Magic the Gathering or Yu-Gi-Oh! and integrates them into a fully packed experience where your cards can come to life. When you play a monster card down, it becomes a monster that you invoke, and we also added some tower defense elements into the game so CCG fans can have a very new point of view in terms of deck building and card collecting.

Mikedot: So you mentioned that Dofus Touch is based on the popular PC MMO, and has years of content built up from it which has been included into Dofus Touch. What I would like to know is if Dofus PC and Dofus Touch are compatible with each other in any way?

Alex: Sadly, the two games are not compatible with each other, because we really wanted people to have a fresh new experience with the game, especially in the United States where many gamers are less familiar with Dofus compared to its more popular counterpart, Wakfu. We wanted players to experience the game as a whole, and for technical reasons we could not synchronize both games.

Mikedot: Yes, that’s understandable, but at the very least, for those that have been playing the PC version of Dofus for so long, will there be any incentive or special gift for them when they play Dofus Touch?

Alex: At the moment, Dofus fans will be able to rediscover the world with Dofus with the new touch screen experience, but for those long time players that are looking for a bit more, we have recently announced that Dofus for PC and Mac will be coming to Steam in November which is a first for us and will include all the great features that Steam users have come to know and love. Alongside the Steam release, we really want to push the Dofus universe forward because we’re also planning to release an animated movie for Dofus, though its currently only available in Europe. The movie will also be released on Steam and will offer bundle packs with the game and movie, so long time fans and new players can enjoy the full transmedia experience through the movie and MMO game. 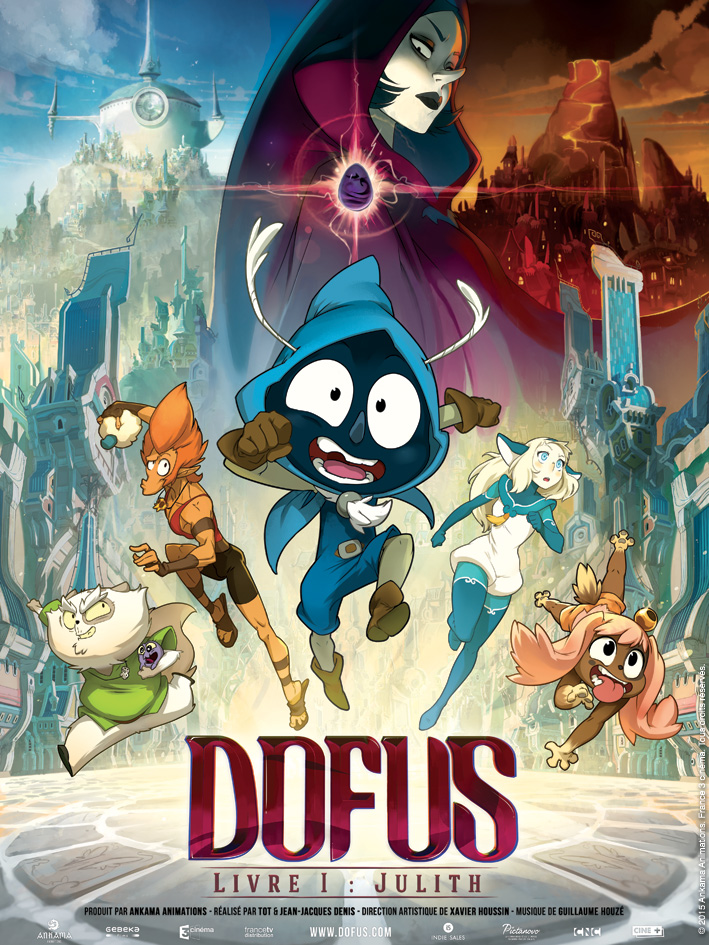 Mikedot: That’s pretty cool! But what about Krosmaga? Will that game be cross-compatible with any other versions or ankama titles?

Alex: Krosmaga will be cross-platform between PC, Mac and mobile versions, which will be fully released by the end of the year.

Alex: The future is bright! We’re always adding new features for all of our games and encouraging the community to give us feedback, and we have a lot of new stuff that are coming soon for both Dofus and Wakfu. Next year, we’re going to be releasing season 3 of the Wakfu animated series, continuing straight from the two seasons which are currently available on Netflix. Huge, HUGE changes are also going to be happening to the overall story and lore of the Krosmoz, and of course this will have a huge impact on the MMO part of Wakfu.

Mikedot: So for those that are hesitant when it comes to mobile games, thinking that they don’t really have much quality put into them compared to retail games, what would you say to those people to convince them that these new mobile games from Ankama are worth checking out?

Alex: Considering what we at Ankama are offering on mobile, it’s very easily for us to convince people to try our games because we would just tell gamers to download our games. They’re absolutely free and you have nothing to lose except the tiny amount of time it takes to download and start playing. I’m pretty confident that the games will speak for themselves that they are not a lesser version of a PC or console title. These games are huge titles on their own, and the fact that they’re on mobile devices will completely change the way you play, which we really want to emphasize.

So I’m pretty confident in saying that you can download, play our games and if you really like them, feel free to purchase items that will enhance your experience.

Mikedot: Now between Dofus Touch and Krosmaga, what is your favorite features in these games?

Alex: For Dofus Touch, the amount of content in the game is amazing. Over thousands of maps and areas, hundreds of enemies, and other stuff… it’s so amazing to have this amount of content on a mobile device than you can play and enjoy just about anywhere.

Regarding Krosmaga, my favorite feature is when you play a card, it becomes a living creature with different sizes and scales. It’s always a bit frustrating when you play a TCG or Magic the Gathering, Hearthstone or whatever, because they have fantastic artwork on each of the cards, but you just place the cards on the table or on screen and that’s about it. We didn’t want to take the normal approach to CCGs where they mimic how CCGs are played in the real world. We have a creature on this card, so let us transform it into a creature so we can see how it moves and attacks, which we really love about our game.

Mikedot: Well thank you so much for taking the time do this interview! The Dofus and Wakfu universe continues to amaze me, and I can’t wait to check these games out once more. And thanks again for coming out to New York Comic-Con!

Alex: Thanks a lot for your time!