Recently nominated at the D.I.C.E. Awards for Strategy/Simulation Game of the Year for Endless Legend and Dungeon of the Endless as well as Outstanding Achievement in Game Design for Dungeon of the Endless, Amplitude Studios is heralding its fourth year anniversary tomorrow with its first-time ever “Endless Day” event. 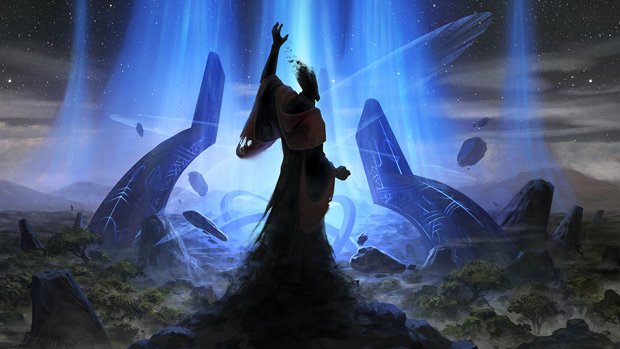 Amplitude’s Endless Day will unlock a mysterious set of events in each game, Endless Legend, Endless Space, and Dungeon of the Endless, encouraging gamers to uncover “Endless” secrets that then permanently unlock exclusive in-game content for each title, all starting at 12 am, Wednesday, January 21 until 12 pm, Sunday, January 25. After the clock starts ticking, Amplitude will follow up with a whole day of giveaways, developer Twitch streams, goodies, and more.

The celebrations during Endless Day will continue tomorrow with a host of events, including:

-FREE KEYS ON TWITTER: Starting at 1 am PST, 9 am GMT (10 am CET) on Twitter twitter.com/amplitude and running all day, Amplitude Studios will give out free keys for all three of its games.
-FOUNDERS STREAM: Amplitude Studios founders Romain De Waubert and Mathieu Girard will host a Twitch stream and chat at 2 am PST, 11 am GMT (12 am CET) where they will talk about upcoming plans for the Endless games and more.
-SPOCK TALK: A Twitch stream hosted by Amplitude narrative director and leader writer Jeff Spock at 5 am PST, 1 pm GMT (2 pm CET) where he will discuss the intricacies of the Endless universe and hand-out prizes such as signed game copies.
-VAULTERS FACTION UNLOCKED: All owners of Endless Space Disharmony expansion will also see the Vaulters faction unlocked.

More details about the Endless Day and a full run-down of the planning can be found on the mini-website here.