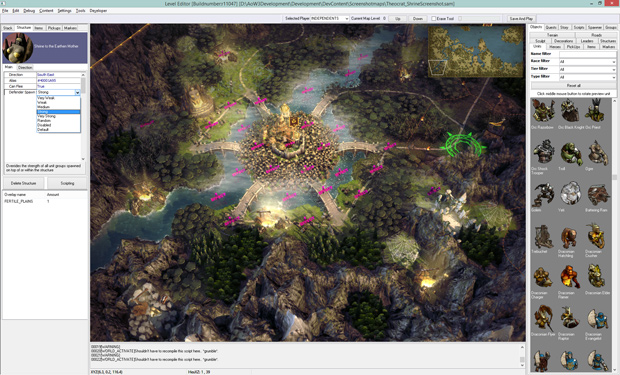 Triumph Studios, the team behind the Overlord and Age of Wonders series, today reveals details on the powerful Age of Wonders III Level Editor, after a very successful worldwide launch earlier this the week.

“The map making community has been super important to Age of Wonders, they have helped keep the series alive for over 10 years since the release of the previous title” says Lennart Sas, development director at Triumph Studios. The level editor has been made freely available to all players and is accessible from the game’s launcher.