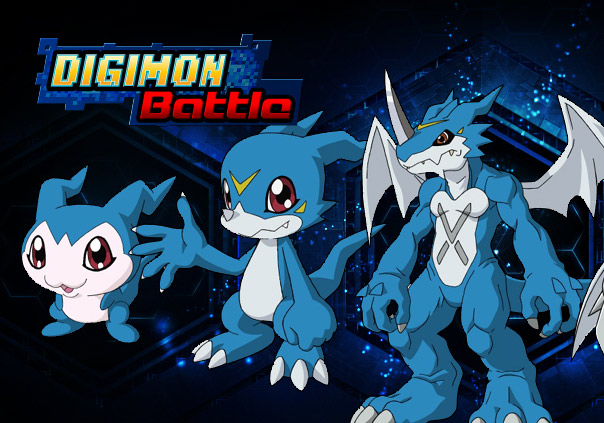 Finally, a MMORPG based on the Digimon Franchise! WeMade Entertainment, the same developer behind such titles as Mir 2, The Legend of Mir 3, and Avalon Heroes have published the game here in North America. Digimon Battle has a turn based combat system and gives players to ability to catch Digimon and use them in battle against evil Digimon. The game is aimed at children and has a classic point-and-click control scheme where the mouse controls movement and combat. Keyboard shortcuts are also used to speed up gameplay.

Takato Matsuki – Likes to draw Digimon and play card games with friends. Not proficient in handling cards, but has an outstanding ability to interact with partner digimon.

Henry Wong – Highly skilled with computers and using cards. He became a tamer to fight against evil monsters.

Rika Nonaka – Very intelligent and highly skilled with cards. She is a bit cold hearted.

Jeri Katou – A new tamer, she tends to be sloppy but has exceptional skill at handling Digimon.

Gigimon – Armed with sharp teeth, Gigimon is capable of taking on much larger Digimon. Its skill is Hot Bite.

Viximon – An elusive Digimon that only moves under moonlight. Its skill is Killer Boulder which transforms Viximon into a boulder and emits a poisonous gas.

Gummymon – A genetically unstable Digimon armed with a solid horn. Its skill is Double Bubble which shoots out bubbles.