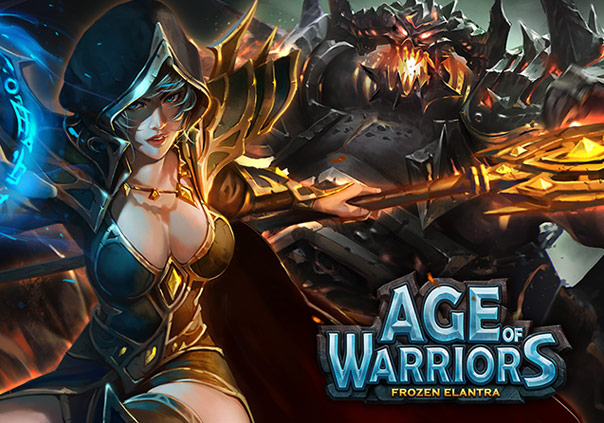 Age of Warriors is a 3D fantasy strategy game developed by Ren Yan where players get to experience the thrill of building an army of warriors, archers, and more to fight through an entertaining storyline and battle other players online in real-time matches where tactics and strategy will play an important role in the player’s success. As winter approaches, evil forces begin their takeover of the land. It is the player’s job to accept the summons of the King of Elantra and act in accordance to his wishes of restoring peace to the land. Players are able to command six different hero classes which can be customized to the player’s preferences, and explore seven different maps while cleansing the land of all evil foes. Materials can be collected throughout your journey to make more powerful gear, guilds can be formed and joined to participate in cross-server tournaments, and rare rewards can be obtained through player vs. player battles to really give players an edge on the competition.