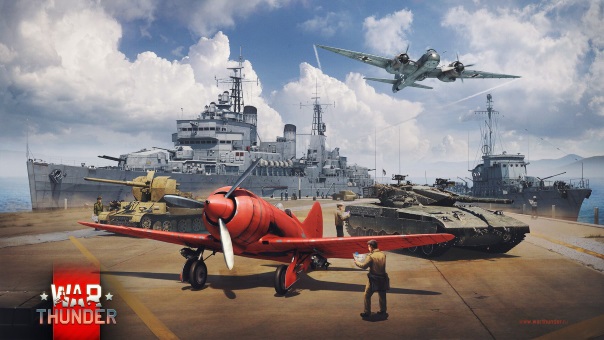 Gaijin Entertainment announced today that “Battlefield Engineer”, a yearly event is back for a limited time in War Thunder. In this event, players receive a battle-damaged I-180S fighter and can repair it back to full operational form. Players can restore as many fighters as they have the time for and can trade them for other rare vehicles. This includes the VFW SPG, Pr.122bis submarine chaser, the Ju 388 J  interceptor, the Merkava Mk.1 MBT or the light cruiser HMS Tiger. The first step in repairing an aircraft is diagnosing it, using a diagnostic test flight, to find out which components are damaged.

The damaged components are unique and in many cases can be found via visual inspection. Other parts (Armament, flaps, brakes) can be tested in an actual flight. Players who participate in battle can acquire new components and Aircraft Maintenance Technician Toolkits, that will let them disassemble and reassemble the plane. More repair components can be unlocked simply by playing the game. This process can be sped up by purchasing the items on the Gaijin Market as well. First place ranking players in the team at the end of each battle will receive extra Aircraft Maintenance Technician Toolkits and in some cases a coupon for the unique camouflage. All spare coupons, components, and toolkits can be sold to other players in the Market.