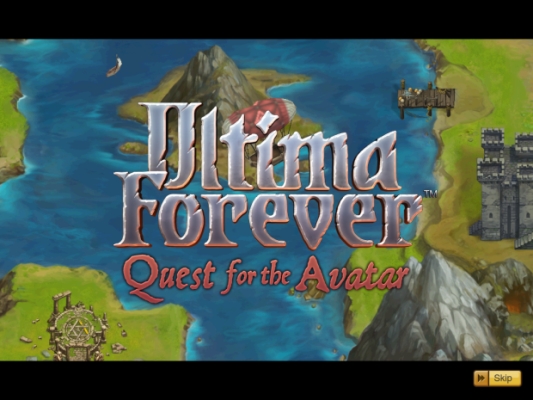 There are many mobile titles right now that offer an RPG experience on Android and iOS, but I would say not a lot of them really caught my eye or could sustain me playing it hours on end. There have been attempts to port games such as Ragnarok Online to the mobile platform but so far, I wouldn’t consider it a commercial success and frankly, I would rather play that game on the PC. But August of last year, Mythic Entertainment released a new game for the iOS that brings back the old elements of classic western RPGs but with an updated story and graphics. The game is Ultima Forever.

Ultima Forever: Quest for the Avatar (sometimes simply known as Ultima Forever or Ultima 4Ever) is a free-to-play, online, action role-playing-game developed by Mythic Entertainment and published by Electronic Arts. Now, I know what you’re probably thinking, “OH NO! EA! THIS GAME IS BOUND TO BE HORRIBLE! THEY’VE RUINED ANOTHER GREAT TITLE!” But listen to what I have to say before making any judgments.

Starting off before you judge….

Ultima Forever is actually a throwback to the original Ultima series (specifically Ultima IV). When you log in for the first time, you are asked to login either your Facebook account or as a guest. The choice to login using your EA Origins account is not yet there. This can be a good thing though as you have the option not to clutter your Facebook account. You are then given a choice to jump right in or answer a few questions and let the game recommend a kind of character you should create. These questions will tell you, your overall virtues within the game. I will explain in a moment what these virtues are for. 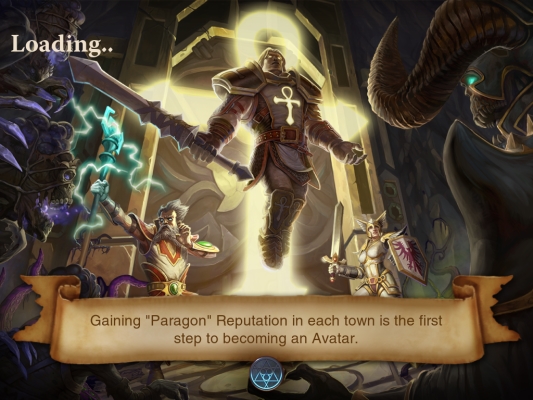 The game recommended I start with a mage character. Unfortunately, there isn’t much customization available in character creation unlike the original Ultima Online where you get to choose your character or even the class you want to portray. I believe at the moment there is only the Fighter and the Mage class available. Other classes are supposedly going to be available but have not yet been introduced in-game.

The game will ask you to select the avatar you’ll be using to represent your character. You can either be male or female and it’s obvious from the avatar design which one is which. Once you’ve made a decision, you’ll be then thrust into the Land of Britannia.

The game begins with you being summoned as the Land of Britannia needs the help of a certain stranger (that’s you). However, during the summoning process something goes horribly wrong as your summoners seem to have been attacked by a strange demon that uses slime and tentacles (yes, I know) to incapacitate them. You are immediately taught by the game how movement and combat works to defeat the slime monsters that are attacking. 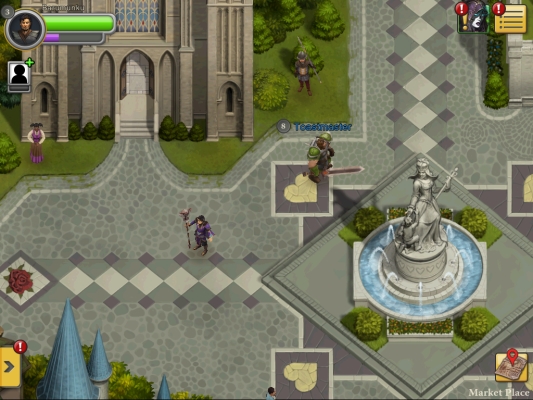 Combat and movement is very intuitive and easy to get into. The game was designed to make it easy to play on touch devices. It doesn’t have any specific controls, which was a complaint I had with other RPG titles ported to mobile devices *coughfinalfantasycough*. The game itself can be played even with just one finger. This makes it easy for navigation and combat and makes for a truly mobile experience. The controls are also very responsive without any noticeable lag in movement despite it being an online game. This makes for games to be fast paced without the frustration of your characters not moving the way you want it. 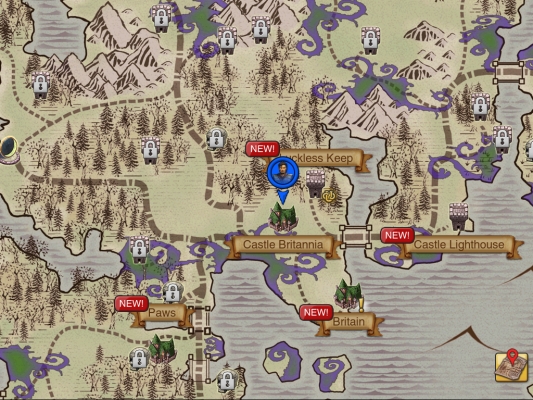 The game graphics are superb for a topdown view game. It’s a big update from the previous Ultima titles, even comparing it to Ultima Online. It definitely maximizes the computing and graphics capability of the iPad to deliver crisp colors and sleek looking design. The game itself has a good mix of 3D models for characters, NPCs and monsters on a 2D background that has a watercolor feel to it which makes the backgrounds very beautiful.

Music and not love makes Britannia go around

A big part of the game is also the music. Now many fans of the original Ultima series may be familiar with the musical score, but it has been updated with a full orchestra sound. Personally speaking, it adds a great feel and ambiance to the game and I would definitely play the game with the music on. It makes you feel like you are really inside the game, exploring dungeons and fighting those slime monsters. The music is not repetitive so you can really play hours on end with the music in the background. Sound effects are great too as they give an added effect to your quest and make it feel like you’re really giving monsters a beating. 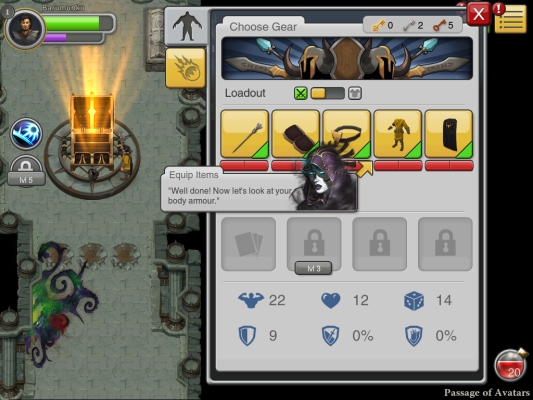 This game had a great challenge of really bringing together old players who are familiar with the series and introducing new players into the game. I think Mythic was successful in being able to bring those two together, as there seems to be an depth of story and lore where fans of the original can really dive in and reminisce, while new players can be eased in and catch up with what’s going on in the land of Britannia.

Another interesting thing about this game is that the choices you make when speaking to characters can affect how the story plays out. The game runs on the idea of virtues and each decision can affect your alignment towards those virtues. The virtues are like a reputation and the more you have a certain virtue the more you can unlock certain storylines and quests in game. On top of that the game does run on a reputation system, as you get more rewards for completing quests for certain characters and factions which in turn affects how much game content you can access. 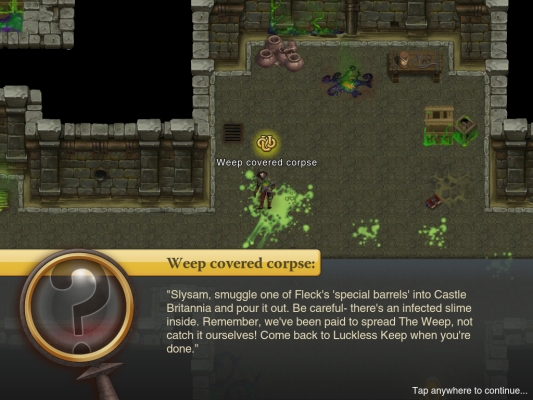 Ultima Forever is, however, a freemium game, which means that it relies heavily on in-game purchases for many items, quests and rewards. While Mythic promises that you can go through the game and finish it without ever having to purchase anything from their store, you cannot truly maximize the game without those purchases. Many quest rewards for example require you to collect gold keys which are very rare in-game and encourages you to buy them online to get many of the rares that you would want to improve your character.

Another downside to this game is the online requirement. While the game is not tagged as massively multiplayer, it has many multiplayer elements and is quite similar to the system Blizzard employs for games like Diablo III. The game was designed to be mobile, but also requires an internet connection to even log in to the game servers and play. Sadly, not everyone has mobile internet to take advantage of the game.

In conclusion, this game is definitely something one should take a look at especially if you have working mobile internet connection. It delivers a lot for existing fans of the franchise while still appealing to new players. It has great graphics and beautiful artwork and gameplay is very intuitive and easy to get into. Music and sound effects also add ambience to an already beautiful looking game. Currently the game is only available on iOS but as the game developers promise this to be cross-platform, we’re hoping to see this available on Android and maybe even a PC or Mac version of the game.