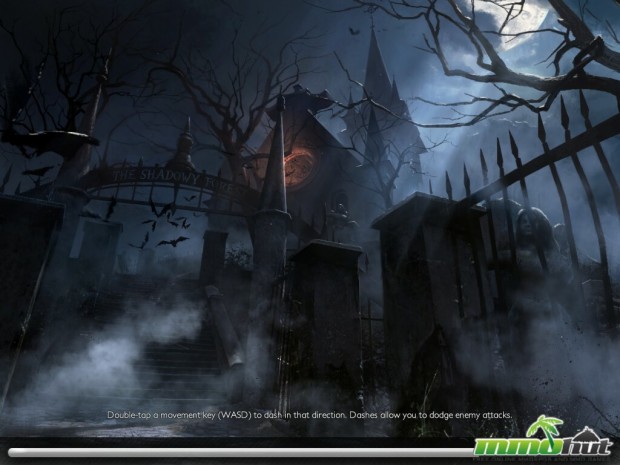 There’s no doubt that Funcom has a history of unusual titles and enthralling universes; Anarchy Online and the Longest Journey come to mind. Though it has had lukewarm success in the MMO market since Anarchy Online, the risks of innovation have clearly not fazed them. Thus, here comes the Secret World, at first released as a full price, monthly subscription title, and now in a buy-to-play format with subscription thrown aside in favor of a healthy in-game store. So what’s the verdict on this one? Can it overcome its initially poor release, in order to conquer the hearts of the freemium(almost) market?

The early steps into The Secret World are fairly simple, and the presentation is good; you pick a server, choose from one of the three factions, create your character, and you’re off. The graphics are good, but not crazy – while the environments look impeccable, the character faces do look a bit odd and clay-like. Character creation is straightforward, with a few exceptions. There are no classes to choose from, and every faction is introduced through neat cinematic videos. The differences between them are purely storyline and aesthetic related, however (check the overview for more details on them). The customization options are few as far as the bodies go, but there are enough that you can look individual – a few sliders could go a long way towards making this a very good character creator. Afterwards, you’re introduced to the game with a cinematic in which you’re vaguely shown the process of your character’s imbuing with supernatural power. Once in-game, expect a certain amount of time to get accustomed to all the details you’re introduced to. The interface is minimalistic, simple, efficient, and most functions can be easily accessed without useless mucking about. The soundtrack, even at this point, deserves mention, and does wonders for instilling a sort of mystical feeling. Most areas have their own ambience, and every NPC in this game is fully voiced. 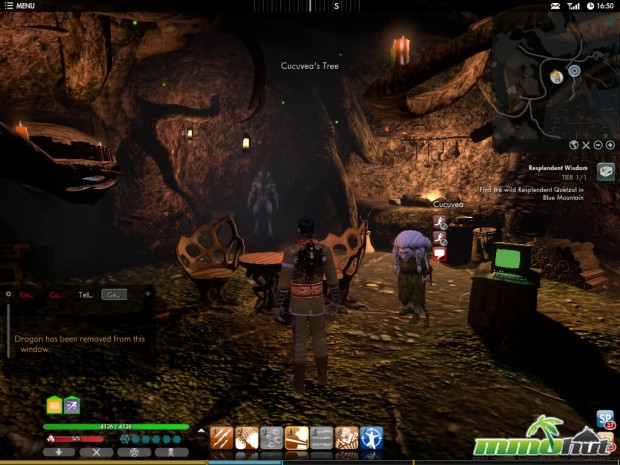 At the core, The Secret World is a simple go-there-do-that title, centered on questing and advancing the personal storyline. Where it rises above the masses, is how it does this. While the combat system is nothing crazy (more on this later), the soundtrack, the creatures, the voiced quests and the setting come together to create a strongly oppressive, yet intriguing universe. In a sense, it’s like playing through a darker version of an Indiana Jones adventure, with a bit of Stephen King and World of Darkness mixed in. It’s this pervasive ambience that fans of the Secret World enjoy so much. On the other hand, the combat is nothing to be impressed about. While there are many combat options, skills and tricks, it all feels a bit stiff, and in many cases, can get quite boring and repetitive when done in needless repetition. The PvE gameplay has you following a relatively linear progression through the story, and you’ll go through three different sizeable geographical locations, with some special peppered throughout the game. Take heed, the Secret World is not an easy game, and your progression depends intensely on your character-building capacity. Some quests can even become impossible, and many will test your patience.

The Secret World has special quests of its own called ARGs, in which the player needs to solve enigmas, and find clues in order to progress. These are by far the most difficult quests TSW has to offer, but also the most rewarding. They’ll require you to use an in-game browser as you search Google and other sites for solutions. This takes a bit of research, but it can be very enjoyable, if sometimes frustratingly difficult. Other types of gameplay include lairs, which are PvE instances. While these are not especially difficult, they do take a bit of coordination. PvP on the other side is pretty interesting – when there are other participants, that is. You are unfortunately forced to use a faction uniform in order to participate, which sort of makes the point of getting clothes moot, if you can’t show them while kicking opponents’ rumps. There is also a bit of crafting to do, but it’s entirely optional, and often more of a hassle than anything else. Quests reward skill points, ability points, currency and items. The first two are used to progress (it’s worth noting that there is no level in The Secret World), with skill points used to improve general skills, while ability points unlock new ones.

Progression in The Secret World is a bit unorthodox. You get the two point types mentioned above, but their amount does not determine your “level”. Rather, your items do, with items ranging from L1 to L10. Meanwhile, many things your level (or lower) can still hand you your head on a platter if you’ve not invested your ability and skill points wisely. Abilities function as a wheel; each weapon has two branches divided according to functionality, which in turn divide into more branches, leading to a fairly huge amount of potential abilities. In order to progress down these lines, you need to unlock every single ability along the way, so going far can turn out to be quite costly. You have two skill bars, one for activated abilities, and one for passive skills, with each of them having the same number of slots. All of this means that you must think carefully when choosing your abilities and build. As an example, you can build anything from katana/shotgun, to blood magic/hammer. The complexity and potential of this system is great, and classic RPG fans will definitely find something for them there as you can build exactly what you want, but the learning curve will not please everyone, and a bad choice can lead you in being stuck in an area for a long while. 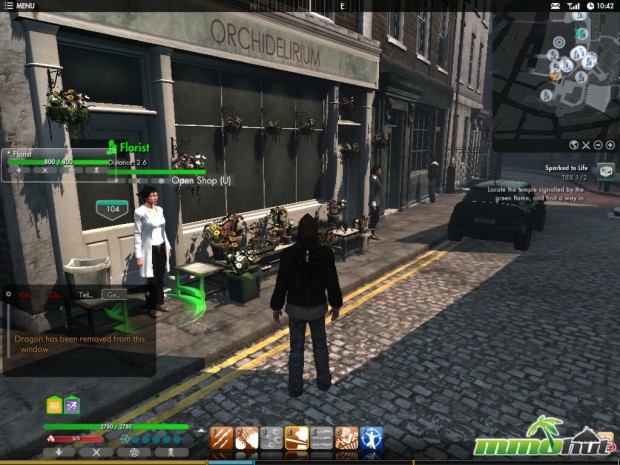 The in-game store is one area where The Secret World does pretty good. For a start, while the in-game quest system has tons of free unlockable pieces of clothing, the in-game store has some truly solid options to add for those willing to invest. Secondly, the prices are actually pretty good; Funcom frequently has promotions and even point give-aways for subscribers. Subscribers? That’s right, while Funcom went off the subscription model; they’ve retained the option for those willing. This new subscription gives subscribers monthly in-game store currency, extra experience, and access to special items. With that said, the store is otherwise what you’d expect; some pets, some boosters, and miscellaneous goodies. In the end, the lack of character skin customization is definitely balanced by the amount of accessible vanity items. In addition, there are tons of pieces of in-game lore and achievements to hunt if ever you get bored. In any case, whatever The Secret World does, it does in style.

The Secret World is one combat system short of being an excellent, long lasting title. It’s not quite there yet, but almost. This is nonetheless a solid game that will offer you an intense, mysterious, and memorable experience that will leave you wishing for more. It’s not for everyone, and beginners, or those sick of the same old go-there-kill-that, should stay away. But if you enjoy a challenge, a good story, or even just an interesting universe, then this is a game that you should not miss.