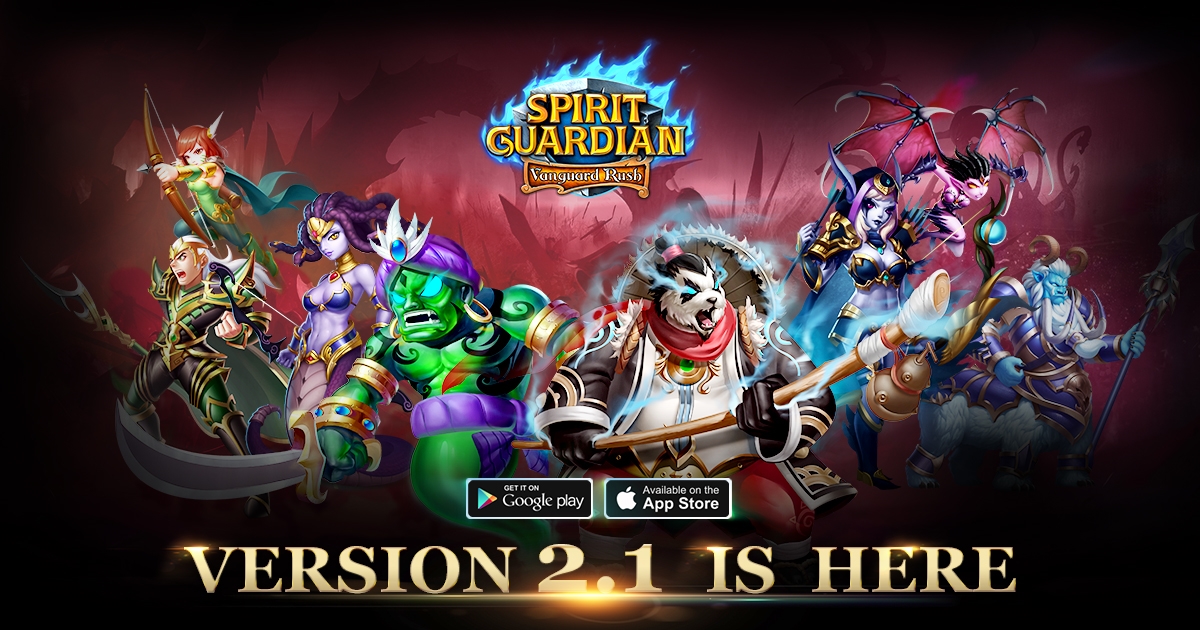 Spirit Guardian – Vanguard Rush, GTArcade’s grand 3D strategy RPG for mobile, is extremely excited to introduce New Version- 2.1.1! The recent update to Spirit Guardian has been eagerly awaited by fans for several months. The DEV Team has working hard on bringing new gameplays and features to the current version. As one of the largest updates since launch, this version is filled with new features and content for players to explore and greatly expand the Spirit Guardian universe. Here’s what players can look forward to in new update:

A single server is no longer able to contain the lofty ambitions of our players and their guilds. The top guilds want to prove to the world that they are the best, and now they will get their shot at eternal glory! Introducing the next level of competition in guild warfare, Guild Conquest! In this new mode, qualified guilds will compete with top rivals from all servers to conquer and hold strongholds. Teamwork and individual performance are as important as ever, for great rewards never-before seen in single server Guild War will be up for grabs. Who will be the last Guild standing in Guild Conquest?

With version 2.1.1 comes a new grade of equipment: Artifact Quality (Red). This new divine level of equipment will allow players to progress their current gear beyond Legendary+5. Equipment that have been converted to Artifacts will keep all their upgrades and refinement properties, while gaining great increases in base stats, turning their equipped Heroes into . Reach new heights and new achievements with the new Artifact equipment!

Inherit is a new system added in version 2.1.1 that allows players to transfer the progress they’ve made on one Hero to another brand new Hero! Do you have decked out Hero that you no longer use? Do you regret spending all the resources training them this far? With Inherit, you can now transfer all your hard work to another Hero and save tons of valuable resources. Use Inherit to stay ahead of the meta and switch out your Heroes without the huge cost of training new ones!

Each of the 4 Great Factions are getting a new Hero in Spirit Guardian version 2.1.1! Introducing Amber, the young beauty from Lords of War; Arch Druid, the master of nature from Tempest World; Nine Tails, the mystical fox spirit from Oriental Legend; and Joan of Arc, the heroine from Western Myth. How will these powerful new Heroes change the face of the battlefield? Play Spirit Guardian now and see for yourself!

Cross-server Championship unlocks at Lvl 27. Players from different servers compete for the champion by 3 -round knockout system. More surprises and challenges ahead in the new version! Brace yourself well for it!

In this new version, you’ll see a new breakthrough, in which you can choose and lock the skills you want to reforge. Check out the new version to try it! You will like it!