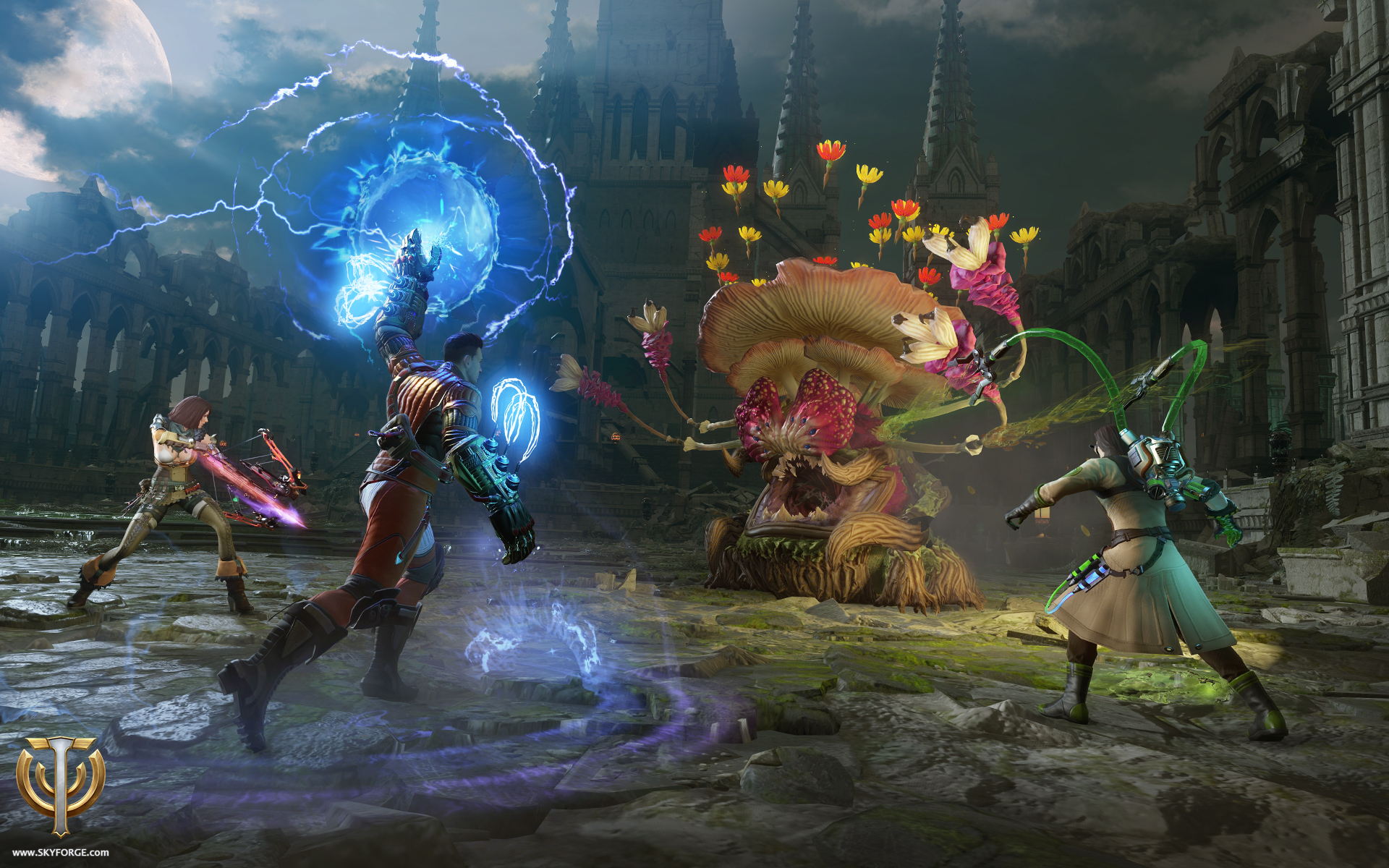 Today, Obsidian Entertainment and the Allods Team Have revealed Distortions in Skyforge, battles so difficult that they can not be undertaken until a character has already achieved godhood, and even then, they’ll need help from up to nine other players in their Pantheon (Skyforge’s version of guilds).

Distortions are hidden lairs of the most dangerous monsters from past invasions, that can only be found with a special device. Once a Distortion is found, players are locked in epic combat and must battle four battle-hardened opponents one after another. Once a fight begins, players only have 15 minutes to defeat these deadly foes, requiring players to quickly adapt their strategies and work together to have a chance at victory. If the players are victorious they will receive not only fame and honor, but unique Epic weapons and trophies to advance towards the next stage of their character’s divine form.

For more information, read the full article about Distortions here.