Mayhem Combat, an Innovative Fighter is Available on Google Play 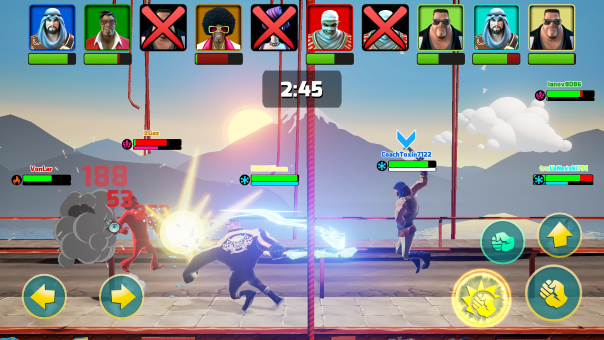 Mayhem Combat is an arena fighter from Vivid Games, makers of “Real Boxing” and is officially released today on Google Play. It was already available on iOS (launching on June 28th) and has been downloaded by around 400,000 players since then. Mayhem Combat is a fresh take on the fighting genre, trying to create something more powerful and intense, being the only mobile fighter with platforming arena movement, including environment elements. Android users can look forward to 1v1, free-for-all, 3-character tag battle scenarios, or the Battle Royale mode. Battle Royale will have 10 players, one versus all. Outplaying and smashing through opponents is paramount, by both wielding powerful weapons but using platforming skills and luring opponents into a trap.