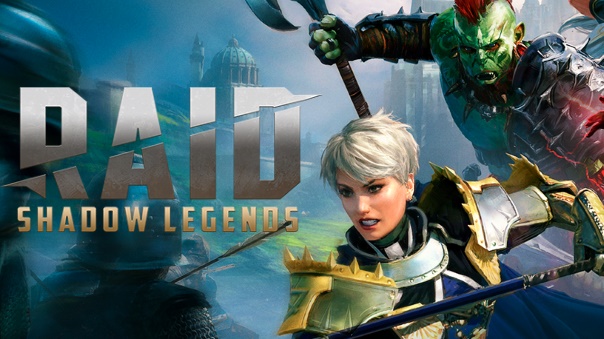 If you read my recent review of Brown Dust then hopefully you’ve got a decent idea of what RPGachas are. Chances are, even if you didn’t read it, you’ve played one or have seen one on the mobile platforms, as they’re quite prevalent. Now, Brown Dust wasn’t what I’d call a “standard” RPGacha, as it steps away from the formula in a lot of ways, giving it an element of originality that make it great. Unfortunately, RAID: Shadow Legends doesn’t have quite so much going for it. It does have enough to put it just slightly above the curve, though, so let’s get into it.

RPGachas are games that usually fall under the “role playing game” category. They’re pretty much universally free to play, and make their money similar to the Gachapon arcades of Japan (again, if you’re unfamiliar, refer to the Brown Dust review from a couple weeks ago.) The main idea being that people like to collect things, and will pay money to summon units in a loot box style fashion.

That being said, most RPGacha also have ways of earning units for free. The games that I consider “pay-to-win” in the RPGacha world tend to be those that have a “special premium token” which is only purchasable with real money, that summons super ultra powerful sweet units that are otherwise unobtainable. Thankfully, RAID: Shadow Legends (RAID henceforth) doesn’t quite fall under that category, but the RNG for obtaining the best troops in the game is pretty unforgiving.

I also have some issues with exactly how often the game pushes you to buy one of its packages. The packages themselves are a pretty decent value, especially compared with their comparable component prices in the shop. The problem is, the shop is a bit overpriced in my opinion, and two or three packages splash across your screen every time you start the game up, with no option to “turn off for the rest of the day” like most games have.

It’s $4.99 for the smallest purchase, which is 175 gems. This translates to about 400,000 silver in game, which is a fairly negligible amount, especially when you start getting into upgrading your artifacts. Oh, and “buyer beware” on the gem mine. It costs 500 gems to unlock the first level, and it gives you 1 gem back every 4 hours and 48 minutes, roughly 5/day. That means it’ll take you 100 days to make your gems back. So, while the game doesn’t exactly fall into my categories of “pay to win” it most absolutely does fall into the category of “cash grab”.

It’s also very frustrating to me that the game frequently asks me to rate it, even though I rated it the first time it asked. For the record, any time a game begs for me to rate it, I give it one star, no matter how much I enjoy the game, sheerly because if I want to rate the game, I’ll do so. I don’t like being pressured into it.

Despite these negative facts, there are a few things to speak on behalf of RAID as an RPGacha. For one, the graphics are actually pretty nice. I would say “pretty nice for a mobile game” but seriously, ever since Unreal Engine and Unity started showing up in mobile titles, graphics have become about as good as you can find in most modern computer games. The graphics in RAID are no exception, and there’s some fairly good detail work on assets, even though in many cases the assets are re-used and recolored. That’s fairly unimpressive as things go, but it’s something I’m willing to forgive, since the assets themselves are pretty nice. Check out the gallery at the bottom of the page for examples.

As far as gameplay stuff, RAID follows most of the RPGacha genre formulas pretty faithfully. There’s a story campaign, various PvP modes, several PvE dungeons for acquiring methods of improving the strength of your units, etc. You progress through most PVE missions in three rounds of combat, with your units taking turns. You can automate the progress and increase the speed, which you’ll do for most of the content, which in turn really just contributes to the grindy feeling. Half the time I was playing the game, I wasn’t even looking at the screen, I was watching Altered Carbon on Netflix. 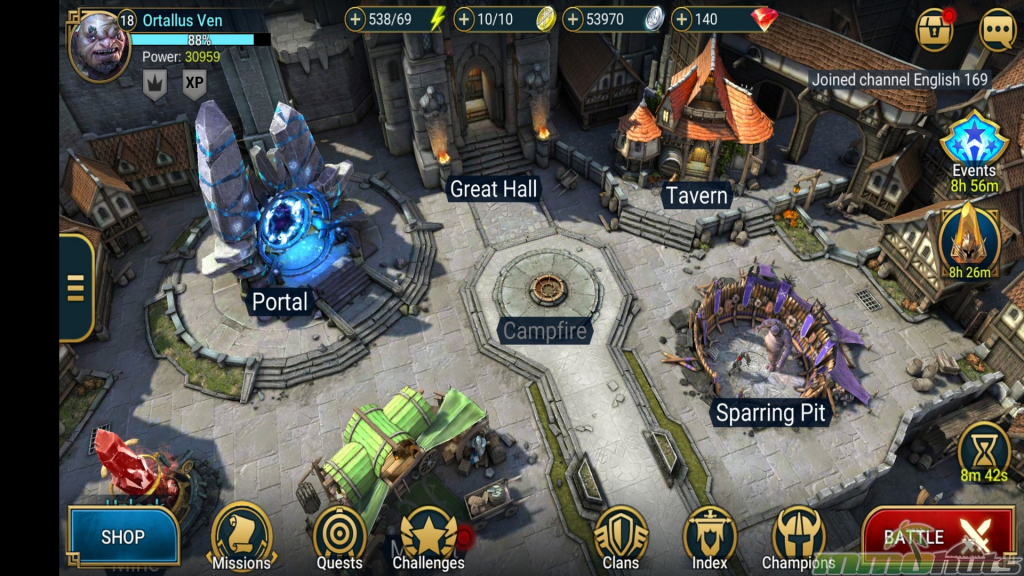 This is the main “hub” of the game called the Bastion. From here you can reach all other features.

RAID also follows a common trend in having a sort of “rock, paper, scissors” setup in regards to unit attributes. In RAID the attributes are spirit, power, magic, and abyss. Abyss sits outside the circle, so it might almost be better to call it “rock, paper, scissors, Spock.” Basically, each element, aside from abyss, is strong against one element, and weak against another. It does add some small element to the strategy, I suppose, but in truth it’s overdone to the point of being a trope.

One place that RAID does set itself apart, however, is the artifact system. In many RPGacha games, equipment is handled as something that is used to increase stats, and then rank up your unit, causing the equipment to be “absorbed” into the character, whereupon you need to collect a new set of gear to reach the next rank

It’s an incredibly grindy process oft-times, as you repeatedly run a given campaign mission over and over… and over, trying to get that last rare item or piece to drop so that you can level up a given character, as there is only one specific item that will fit into the slot on given characters, and sometimes that item needs to be crafted from several different items.

Instead of this method, RAID’s artifact system is more like set gear. This has a few different benefits: For one thing, it allows a bit more strategy in how you equip your character. You can choose to give them a health set, to increase their hit points, or an attack set, a critical chance set, or even a lifestealing set. Really, there seems to be a couple dozen different categories of artifacts, giving a rather wide range of strategies for equipping your troops.

There are six slots for artifacts total, and some sets require two pieces to complete, and some require four. You can choose to have six pieces of attack gear, for example, for stacking bonuses, or two pieces of health and four pieces of lifestealing (four required for the set bonus there) in order to make a hero a self sustaining beast. The choice is up to you, and I really appreciate this variance.

There are really so many RPGacha out there, of every genre, and almost every Fandom, from Kingdom Hearts to Final Fantasy. I think I even saw a WWE match-3 RPGacha the other day. RAID is an original fantasy setting, with some relatively realistic graphics for a fantasy game. The graphics are just very crisp and clean I guess is the best way I can describe them.

So, would I recommend RAID: Shadow Legends? The answer to that is, “It depends.” If you’re looking for good graphics, an original setting, and have money just falling out of your pockets that you’d like to shove into a mobile game? Sure, go for it! Really though, I think there are probably some better choices out there for most people. I give RAID a 3.5 out of 5 Gachapons for its own merits. Unfortunately, it’s just not as exciting as a guy exploding through a table.

But then, what really is?