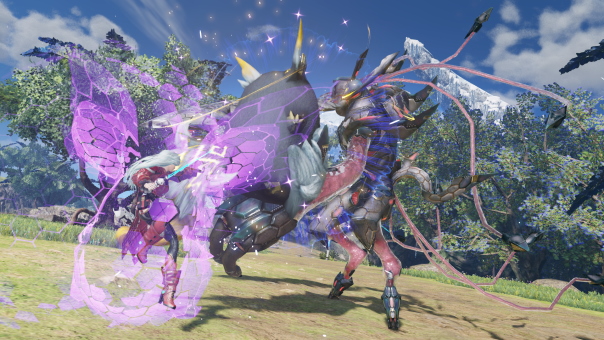 Waker has three Photon Life Forms, called Familiars, that support them in combat: Fredran, Wulfen, and Marmelo. Unlike pets, Familiars do not need to be fed or raised. Players can use the Harmonizer to easily interchange their fighting style from ranged attack, short-range combat, and defense. Both Fredran and Wulfen can be summoned with Photon Arts. While Fredran specializes in long-range attacks, Wulfen prefers to get up close and personal. Marmelo can be summoned with Weapon Actions and can defend against enemy attacks as well as dish out powerful counterattacks.

The Harmonizer has its own gauge system called the Harmonizer Focus. Each familiar has a different Harmonizer Focus Gauge which fills up when attacking or defending against enemies. By consuming Fredran and Wulfen’s Focus Gauge, the two can combine forces to unleash their powerful special move, Familiar Harmony.