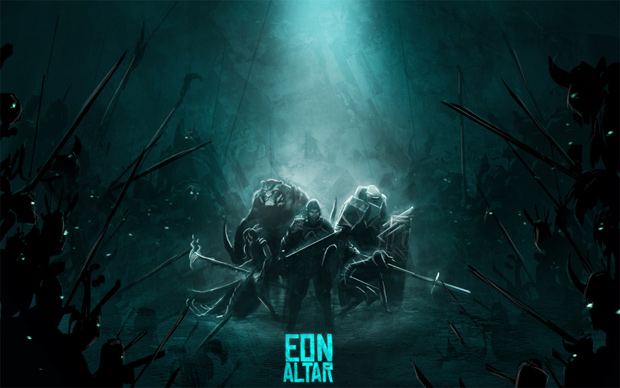 Perhaps the strangest group I met at this year’s PAX was the crew at Flying Helmet Games. No I don’t mean they were dressed in some crazy costumes or weird to meet in person or anything like that. Though meeting them in a hidden backroom at SEGA’s Dreamworks arcade across the street from the convention was definitely a first. But it’s their game that just feels so ahead of its time, while all the while being so old school.

Eon Altar intends to revive the old days of D&D player groups uniting for a couple hours on weekends to tackle their DM’s latest crackpot tale of sorcery, trickery, and all things dungeony. Yet they’re putting the entire effort into easy mode for the modern day DM family man who doesn’t have the time of day to put in the hours required to set-up such games any longer. Yet the controls are simple enough that a new age novice like myself that never had the pleasure of throwing around the too many sided dice can pick up my Android and intuitively learn the ropes. 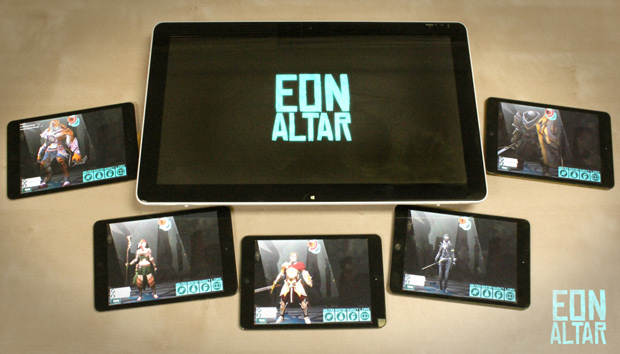 The concept isn’t too different than something I imagine we’d be seeing soon on the WiiU. Everyone brings their smart device, be it a mini-tablet, Android or Iphone, or just about anything that can get you a wifi or Bluetooth connection going with a touch screen. This acts as your personal controller where you can view character stats, read (or hide) secret messages you discover, and levy attacks in battle. 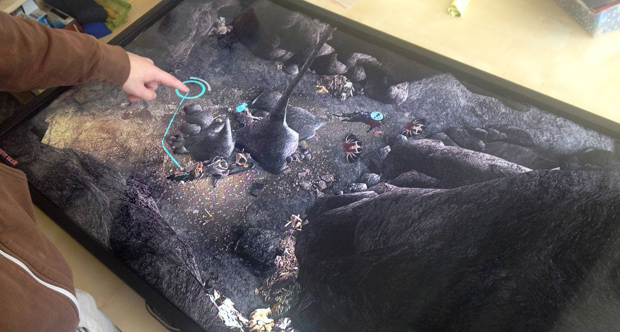 Meanwhile your primary device, of which I recommend at least getting an Ipad or larger to fully enjoy the game, acts as the unified world in which you and your buddies will interact and see visual representations of the old pen and paper set-ups. Based on your stats, you’ll be able to click your character and drag on this device to move around the map, looting treasure, picking fights, and initiating other cutscenes of various styles as you delve deeper into solving the mystery of the Eon Altar. Though perhaps the most thrilling part that brings this whole experience together is when you roll dice by placing your thumbs on each side of your personal device, and then thrust it towards the primary controller. Beyond the realistic sound effect, it’s just fun seeing your dice fly from one screen to the next and then bounce around on top of the world map to actual physics based on the trajectory and strength of your throw. 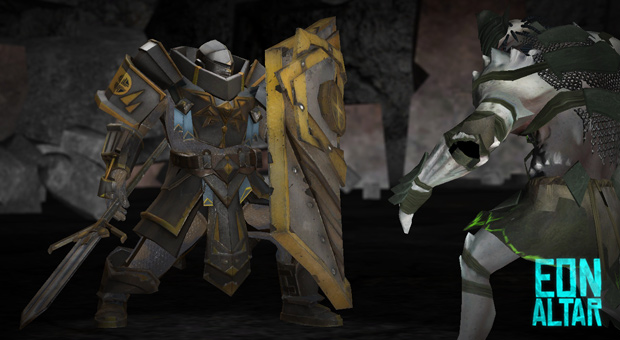 Now that I’ve painted a picture of how it’s set-up, let’s talk about how it plays out. Players will be able to choose from a haughty confident male paladin-type crusader (well balanced build), a massive hulk of a guardsman who is able to self-heal through massive physical punishment while defending allies from damage, a powerful female mage they classify as a Jedi-Knight and a Scholar who excels at solving puzzles and dealing massive damage when left alone at range, a Tiger-Man mercenary with nothing known of his past who acts as the glass cannon berserker, and finally a female assassin who is rewarded for a patient playstyle described as hiding in the shadows and waiting until enemies have engaged your allies before leaping out to strike.

While choosing these archetypes, roleplayers should also consider their backstory and personality as it will play a part in the types of decisions you’re forced to make to progress your personal story. Each seeks the fabled treasures in the depths of the altar for various reasons. Some more magnanimous than others. And this can lead to some interesting dynamics as players will be forced to fight over loot (both through skill-based rolls as well as a crazy frantic post-battle mini-game of dragging loot bubbles from the boss to their personal stash). 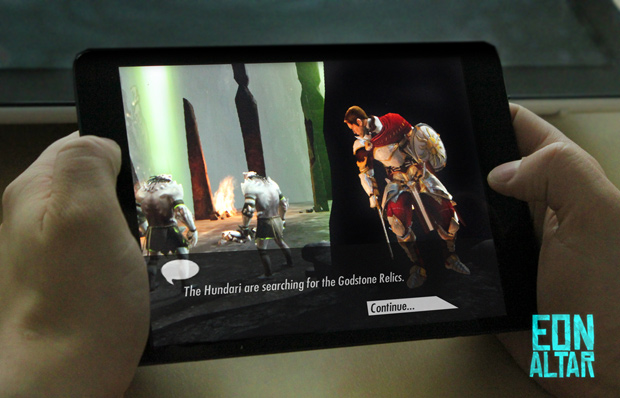 Beyond the expected differences in combat style, players will also find a countless list of side skills and crafting professions that differentiate them. And while each class will get a few starting strengths to build on, it’s entirely up to you how you want to spend your AP to level up these skills. Various scenarios will require certain skills to bolster your chances of rewards though so coordinating with your allies to create a diverse balanced set of professions is likely the ideal choice to find success. 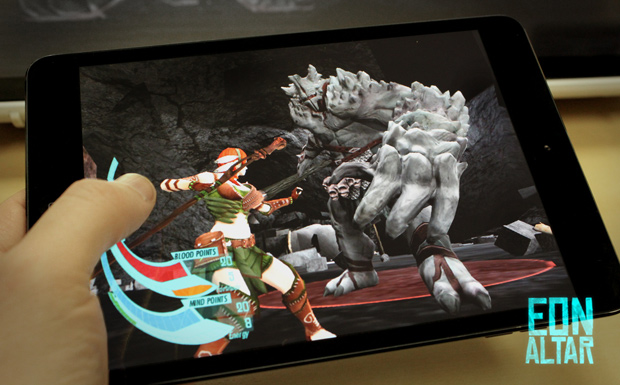 Finally combat itself plays out in a series of dice rolls with action depicted on the center device. Players will learn various heals, defensive maneuvers, and attacks that will require different levels of success with the dice to reach full potential. But one element unites it all. Rolling a five is a hit and a six is a critical hit. Everything else is a bust. Combat stats come into play here by reducing the number of dice an enemy can roll, or increasing your own, as well as determining the level of impact your dice roles have on the foe. It’s pretty much a ton of math you would have to slowly delve through in the old days, not automated and animated for your viewing pleasure to keep action fast-paced and fun. Just don’t get too into it, have one too many drinks, and end up throwing your phone through your buddy’s Ipad while doing a dice roll! 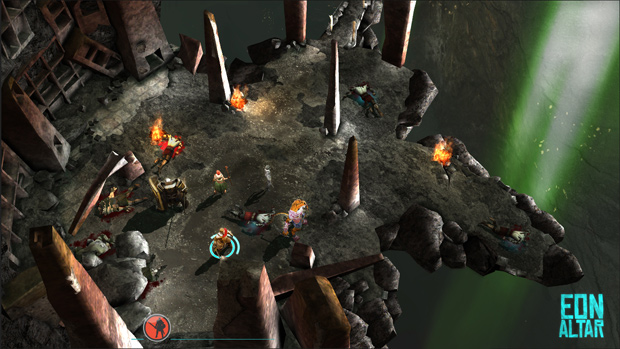 One bit of info I found interesting was that while the core of the game plays out with your buddies, you don’t all have to be present for certain crafting and other inventory management elements of the game. Between sessions you can sell your goods, craft materials, and possibly even send trade requests to your friends. This should help get some of the slower pieces of the game out of the way so busy gamers get the most enjoyment and progression out of the time they do spend together.

Now the build I played was certainly original and fun. But it was also buggy and has a long way to go before I imagine a public build can be put on the market. Thankfully Flying Helmet is being supported by quite a few Canadian investors including some government backers so they aren’t being rushed into any early launch. Those looking to get their D&D on can expect to see Eon Altar playable in roughly a year from now, with episodic content added to the various platform partners they end up working with every four to six weeks.