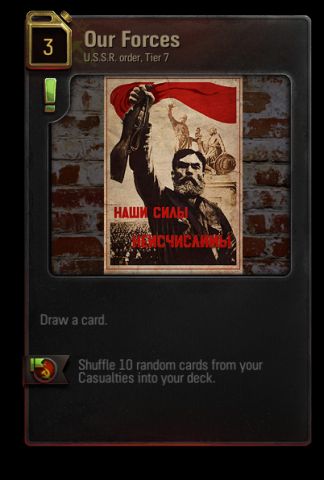 WoTG is currently in limited beta testing, and seems to be quickly adopting and implementing player feedback to improve itself. For now though the game consists of head to head, 1 on 1 battles on a 5×3 battlefield. Though its a bit smaller than that as the bottom left and top right square houses your headquarters, representing yourself on the battlefield. As such the game is all about defending your HQ while pounding your enemies to ensure you’re the only general left riding into the sunset.

Anyone familiar with TCG gaming should easily pick up on the elements of gameplay here, even if your knowledge of tanks consists entirely of watching Brad Pitt in Fury. Each turn you’ll draw a selection of cards from your deck, consisting of active abilities, tank cards, and other punishing traps to hinder your opponent’s strategy. The trick is that tank cards, your active mobile field units, can only be summoned to the battlefield in the 3 squares adjacent to your headquarters. As such if your opponent pressures you to the point of getting one of their tank units next to your battlefield, you will be limited in the locations you can summon your units. Granted if you can’t even keep the enemy outside of a one square range from your headquarters, things already aren’t working out in your favor. 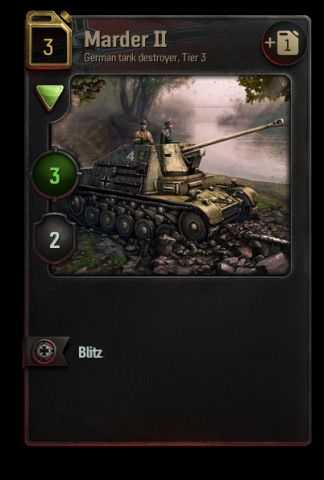 All the fan favorite tank archetypes make an appearance here, from the artillery that bring heavy pain from anywhere on the battlefield so long as they have radar detection (i.e. another card spotting for them), to bulky slow power house tanks, to speedy recon tanks that zoom across the battlefield at two squares per turn. As the battle progresses, you will unlock further resource cards to unleash more and more of your army at a time, until inevitably one side summons enough units into the battlefield to overwhelm the opposition. Decks consist of 40 cards so its unlikely for matches to go on longer than a few minutes.

During the demo I proposed to Jaime how awesome WotG would be with a slightly larger grid and 2 versus 2 battles. The tactical possibilities when merging two decks together to support and strategize as a unit would be unparalled compared to the current 1 on 1 battles. She was excited enough by the idea to take down a note, so hopefully this is something we will see brought to the game in the future. Though one thing we’re positive to see in the cards is mobile editions for Android and Apple devices sooner rather than later. 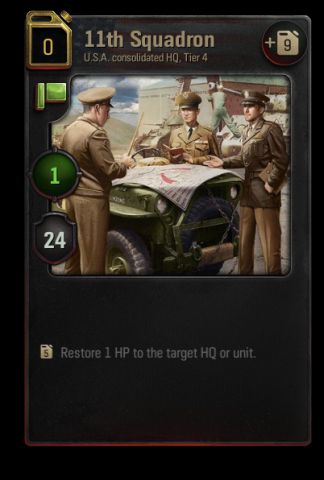 While I could go on, our journalist Proxzor is currently in the closed beta test and will be following up in the next few days with a more detailed hands-on opinion of his time in World of Tanks Generals.