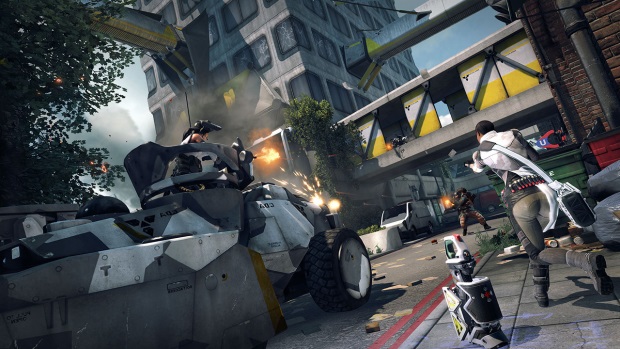 The Extraction closed beta will have limited openings, so only a select number of players will be able to participate. Notifications will be sent to chosen players by Oct. 1, when the closed beta period begins. In addition to stability testing, the closed beta will serve as a channel for new players to help further shape Extraction into a fair and balanced playing field. Extraction’s alpha community has made significant contributions to the game since December 2012.

Developed by Splash Damage, Extraction takes place in London after a mysterious radiological attack. The only people who dare enter the abandoned city are groups of elite mercenaries tasked with extracting valuable data. Players in the closed beta will get to test several maps and game modes, and can unlock additional Mercs to play as, each with different play styles and abilities.