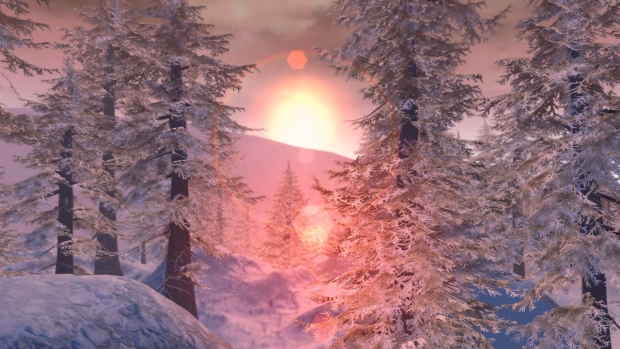 Perfect World Entertainment, Inc. and Cryptic Studios are pleased to announce Curse of Icewind Dale, the third free expansion Module for Neverwinter, the widely-acclaimed free-to-play action MMORPG set in the Dungeons & Dragons Forgotten Realms universe from Wizards of the Coast. In this third free update coming later this spring, PvP will grow and transform with PvP leaderboards and matchmaking as well as new PvP and PvE campaigns. Players are tasked to adventure together in the famed Icewind Dale region, now corrupted with the powerful Black Ice by undead wizard Akar Kessell. This tempting new material brings new PvP options and faction-based battlezones, allowing players to join either the Ten-Towners or the Arcane Brotherhood and compete for control of the Black Ice-producing regions of Icewind Dale.

“Curse of Icewind Dale is a direct result of player feedback and our long standing plans for Neverwinter,” said Cryptic Studios Executive Producer and COO, Craig Zinkievich. “Between the upcoming massive PvE campaign and major PvP changes, there will be something new and exciting for everyone.”

In addition to new PvP features and the new Icewind Dale region, Curse of Icewind Dale incentivizes battling over Black Ice, which is necessary to craft some of the most powerful items in the game. Found throughout the Icewind Dale region, players can faster earn this resource through open-world PvP battles. Join the Ten-Towners or the Arcane Brotherhood, and take on new bosses, new encounters, and new places to explore. A new Hunter Ranger Paragon Path, and post-level cap advancement is also coming to Neverwinter in this latest free Module.