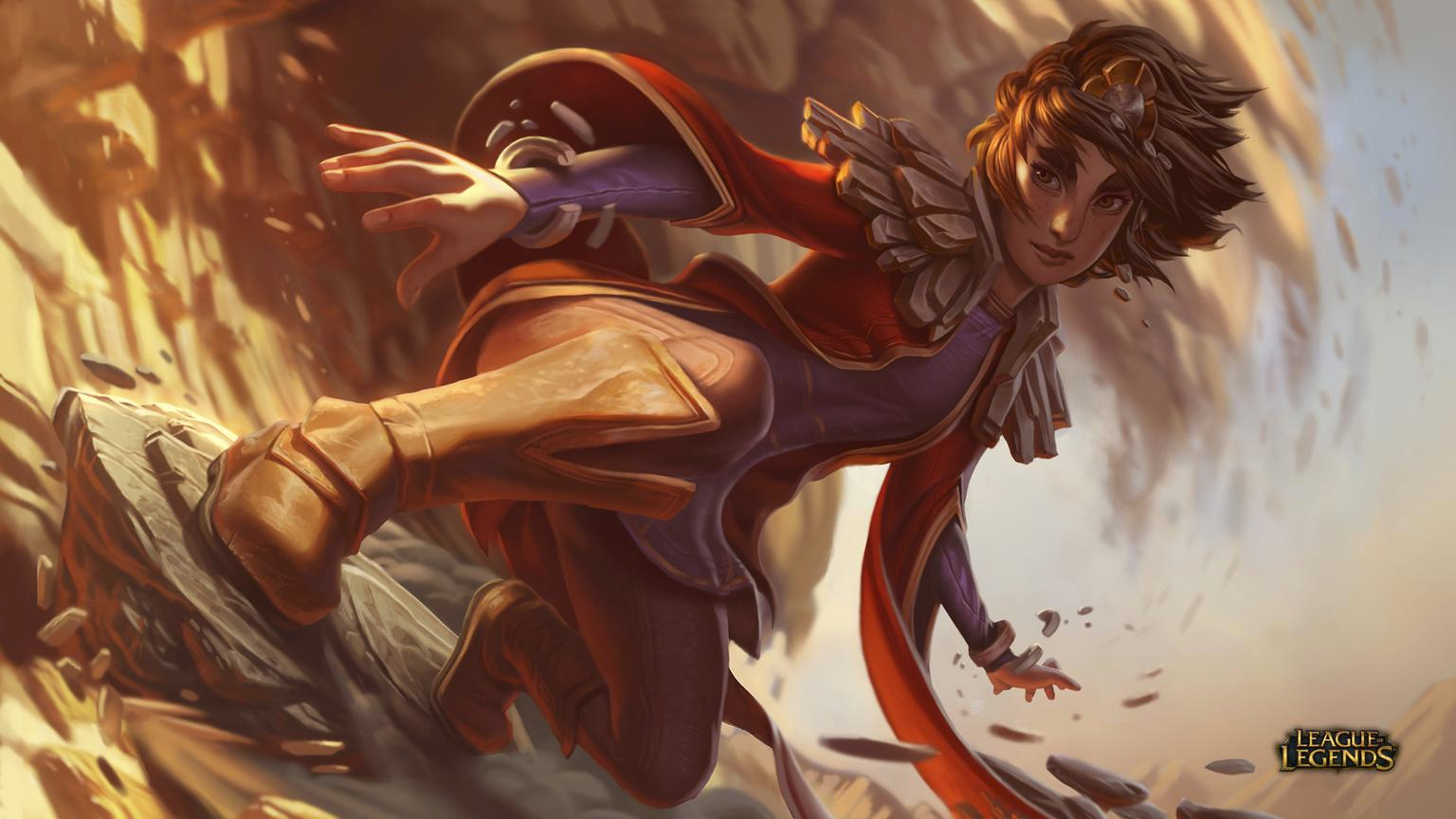 Today, League of Legends has revealed its newest champion: Taliyah, the Stoneweaver.

Taliyah is a control mage, designed to trap her lane opponents using the earth from the lanes itself. She can also surf across to a side lane with her passive, push waves with powerful AOE attacks, and roam with building movement speed before dropping into another fight.

Here’s Tailyah’s kit. Learn more about her tactics and design in the official reveal page.

When out of combat, Taliyah builds movement speed whenever traveling near walls.

Taliyah marks a target location. After a brief delay, the ground erupts, knocking up and damaging all enemies caught in the blast zone. Taliyah can recast Seismic Shove before it erupts to throw the victims in any targeted direction—even over walls.

Taliyah scatters boulders onto the ground before her. Opponents who dash through the fractured earth take damage from an explosion. After a few seconds, any remaining rocks in the field erupt, dealing a second wave of damage.

Taliyah briefly channels before summoning a massive wall of spiraling rock that tears through the Rift in a target direction. Taliyah can reactivate Weaver’s Wall while channeling to ride atop the wall as it emerges. Taking damage or inputting a move command in any direction will cut her ride short.