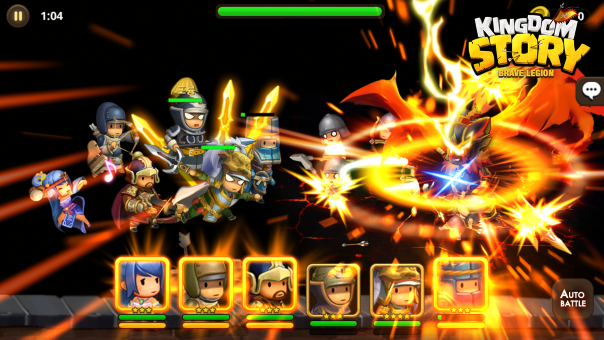 Developed by Picneko (developers of Korea’s “War Story”), Kingdom Story: Brave Legion offers a cute and funny take on the Romance of the Three Kingdoms era.

Wonbae Jang, CEO at NHN Entertainment USA, said, “We are incredibly excited to bring the famous Romance of Three Kingdoms story to American audiences in a new and fresh way.  We hope that players who love this story as well as players who love RPGs will find common ground in their love of this game.”