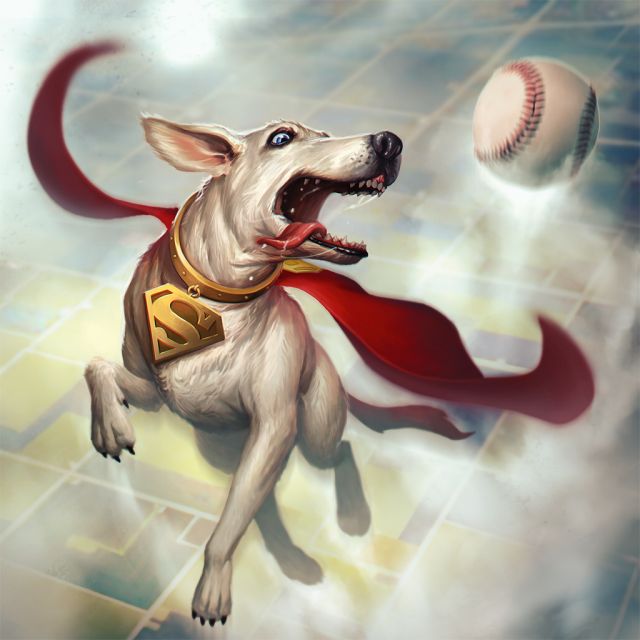 Soon after the birth of his son, Jor-El genetically altered a Kryptonian hound to increase its intelligence and loyalty so that it would serve as a companion and guardian for his son. Later, as the planet Krypton neared its destruction, Jor-El tried to save his family by escaping into the Phantom Zone.

Thanks to the unusual qualities of the Phantom Zone, Krypto was able to follow Kal-El to Earth and kept watch over him. When the prisoners of the Zone once again tried to escape, Krypto came to Kal-El’s aid and the two drove back the invasion. Now, finally reunited with his beloved master, Krypto fights alongside Superman as he protects the Earth.

Get an early look at Krypto, the Superdog, and the latest champion from Infinite Crisis – the free-to-play MOBA from Turbine based in the DC Universe! On Wednesday, April 1, players can be the top dog when Krypto goes live in the game!