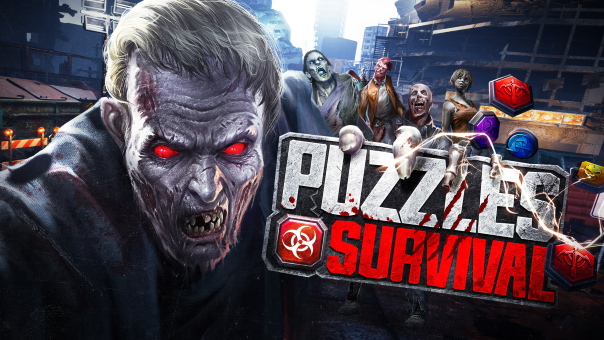 According to 37GAMES, its best-selling match-3 zombie game Puzzles & Survival will be collaborating with “Godzilla” in early September. Some of the most popular giant monsters will be joining the post-apocalyptic world of Puzzles & Survival.

Puzzles & Survival is a game that creatively combined classic match-3 gameplay with strategy wargame elements, making it one of a kind among zombie games. The game has generated more than 25 million downloads, was featured on the Google Play Store multiple times, and has topped many industry game charts since its release.

In the zombie-infested world, survivors are fending off waves of zombies and now giant monsters will join in as well. Join the game now to explore the vast world and help shape the fate of humanity.

A bunch of new content is being added to the game. Godzilla and two other giant monsters will be joining the fray. Players will be able to visit or encounter these monsters through unlocking challenges during exclusive events. What’s more, you can obtain exclusive decorations and items through these events. More rewards and content are waiting for you to explore in September.

The collaboration between Puzzles & Survival and Godzilla will not doubt offer players a brand-new post-apocalyptic experience. This is exactly what the Puzzles & Survival team has been working on, trying to polish and continue enriching the game. It’s definitely worth a try if you’re a fan of zombies, Godzilla, or strategy. Grab your friends and join the battle now!