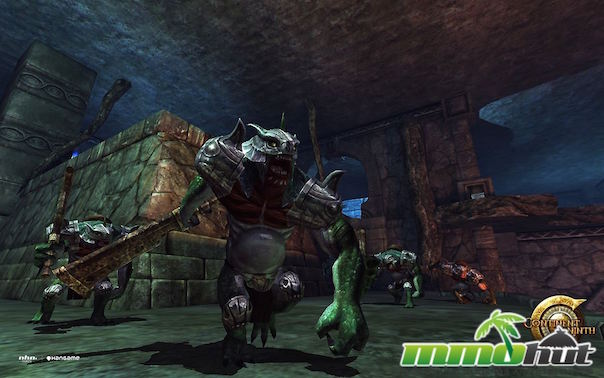 The test ended with a special event to allow testers and GMs to say goodbye to each other. Webzen reports the test has offered insight into improving localization and meeting player’s desires for the game. The test featured three playable characters and three playable continent choices, along with the Arena and Intrusion PvP system. Webzen hopes to launch the service for C9 by the summer.

Webzen also publishes Archlord and the upcoming Arctic Combat, which will be shown alongside C9 at GDC.

WEBZEN ‘C9’ Marks the Grand Finale of its VIP Test

WEBZEN Inc. (WWW.WEBZEN.COM), the Next Generation of Free-to-Play Online Games, has successfully finished their first VIP Test for ‘C9’ (Continent of the Ninth Seal) and takes one step closer to its official launch.

On February 28th, WEBZEN closed the test server for the VIP Test that started last February 4th. To end the VIP Test, an event took place where the VIP testers and GMs gathered around to say goodbye. With satisfactory results and various feedbacks from the VIP testers, WEBZEN has a better view of localization and what the users want.

With a limited 10,000 VIP Testers and about 10 times more of whom were eager to join the VIP Test visited C9’s official website and Facebook page (http://www.facebook.com/C9Webzen) to express their excitement and anticipation.

For this VIP Test of C9, 3 of the 9 continents were introduced along with 3 playable characters the Fighter, Hunter, and Shaman with their advancement classes. Another main feature, the PVP system, was introduced later in the VIP Test with its ‘Arena’ and unique ‘Intrusion’ system, allowing users to test their precise control against other users.

Testers expressed their thoughts about C9 through their feedback, where many testers mentioned they could actually feel the action and perform infinite skill combos which are some of C9’s key features. Also, other comments and suggestions were about the localization of C9.

Jihun Lee, Head of Global Publishing, said, “With the results and valuable feedbacks from the VIP Test, we will be able to improve the localization of C9.” Also he said, “We will focus on localization and development to bring the service of C9 global as soon as this summer with a possibility of additional tests in between.”

Meanwhile, WEBZEN will attend the 2012 Game Developers Conference in San Francisco, USA, starting from March 7th to the 9th giving visitors a chance to play ‘C9’ and their new FPS title ‘ARCTIC COMBAT’.

More information about the Action RPG ‘C9’ can be found at the official Facebook community (http://www.facebook.com/C9Webzen) and website (http://c9.webzen.com).