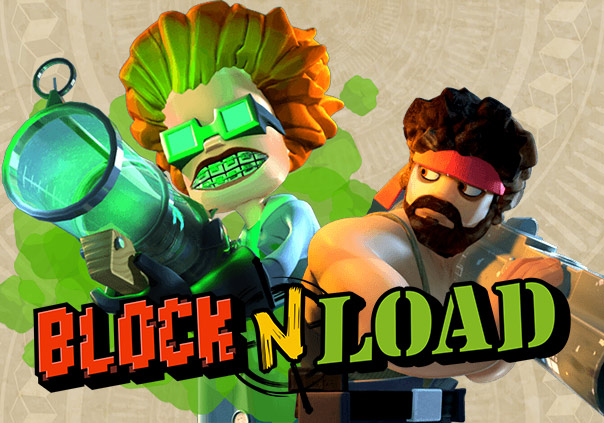 Let battle and building commence as Jagex proudly announces the launch of its new team multiplayer FPS title, Block N Load. To celebrate, the game launches straight into a Steam Free Weekend, allowing players with a Steam account to immediately jump into the constructing, attacking, defending and destroying action in this online 5v5 shooter that’s an explosive mix of build and battle gameplay.

Choose your hero, select your block load-out, and get in game to fight it out across highly-destructible arenas. Each team will need inventive tactics and impressive strategies to destroy the opposition’s generator cubes in sequence, before claiming victory.

Block N Load’s creative gameplay features ever-evolving arenas full of possibilities – and with six launch heroes and a wide range of blocks to use in game, there are a wealth of unique construction and combat gameplay tactics for players to explore and develop. Players will discover the pros, perils and pratfalls of different team make-ups and block load-outs as they take on their opponents. Tunnel under the map, sky-bridge over it, blow it up, build it over, team up, build traps and epic defences – the options are endless and your combat tactics are everything.

“We’ve tried to do something different with Block N Load. We wanted to make a game where building is as important as bullets, where smarts are as important as skills, and where players could contribute to their team in their way,” said David Solari, vice president of Block N Load. “We can’t wait to see the creativity and invention of those that play Block N Load now that it’s live. Today’s launch is only the beginning. We have a player first mentality, and we look forward to an exciting journey with the players as the game evolves.”