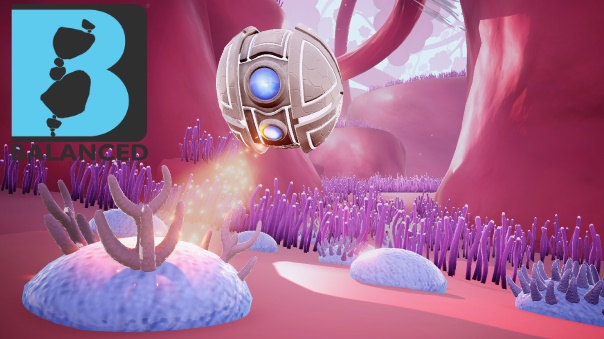 This year, I had a very unique meeting opportunity at PAX West. Among the dozens of games vying for attention was an invitation to speak with Balanced Media Technology (BMT) about their platform HEWMEN, a network that branches real world science research with video game development. As an enthusiast of citizen science (the collaboration of the general public with scientists to process data in research initiatives), I knew this was a meeting I couldn’t pass up. So on Saturday morning, I met with Robert Atkins, CEO, and Dr. Corey Clark, CTO, of Balanced Media Technology to discuss this incredible initiative.

“I have so much faith and belief in this initiative. We can do more than just entertain,” Robert begins as the three of us sit down just outside the long lines heading into PAX West. Around five years ago, he had the chance to meet Dr. Corey Clark at SMU Guildhall, who was developing technology that would connect real world problem solving with video game entertainment. With a PhD in Electrical Engineering, and a special interesting in simulation, Dr. Clark was looking for ways to engage video gamers’ technology and their problem-solving skills to benefit the world.

Citizen science, and its attempts to breach into video gaming, has been fairly splintered. I’ve seen this with my own experiences with ‘games’ like EyeWire, FoldIt, and Phylo. Each game is enjoyable in its own right, but requires a special learning curve and is very direct in its approach. Likewise, web-based tools like Zooniverse may have a low learning curve, but also have little to no gamification. Good people partake in all of these projects every day, but it requires a more conscious decision and effort to assist in these projects. Given a short amount of time in the day, it’s likely the gamer will opt for the more relaxed experience of playing a video game than spend time with direct citizen science projects. I even waver myself, preferring video games in times of high stress and citizen science in times of low stress. 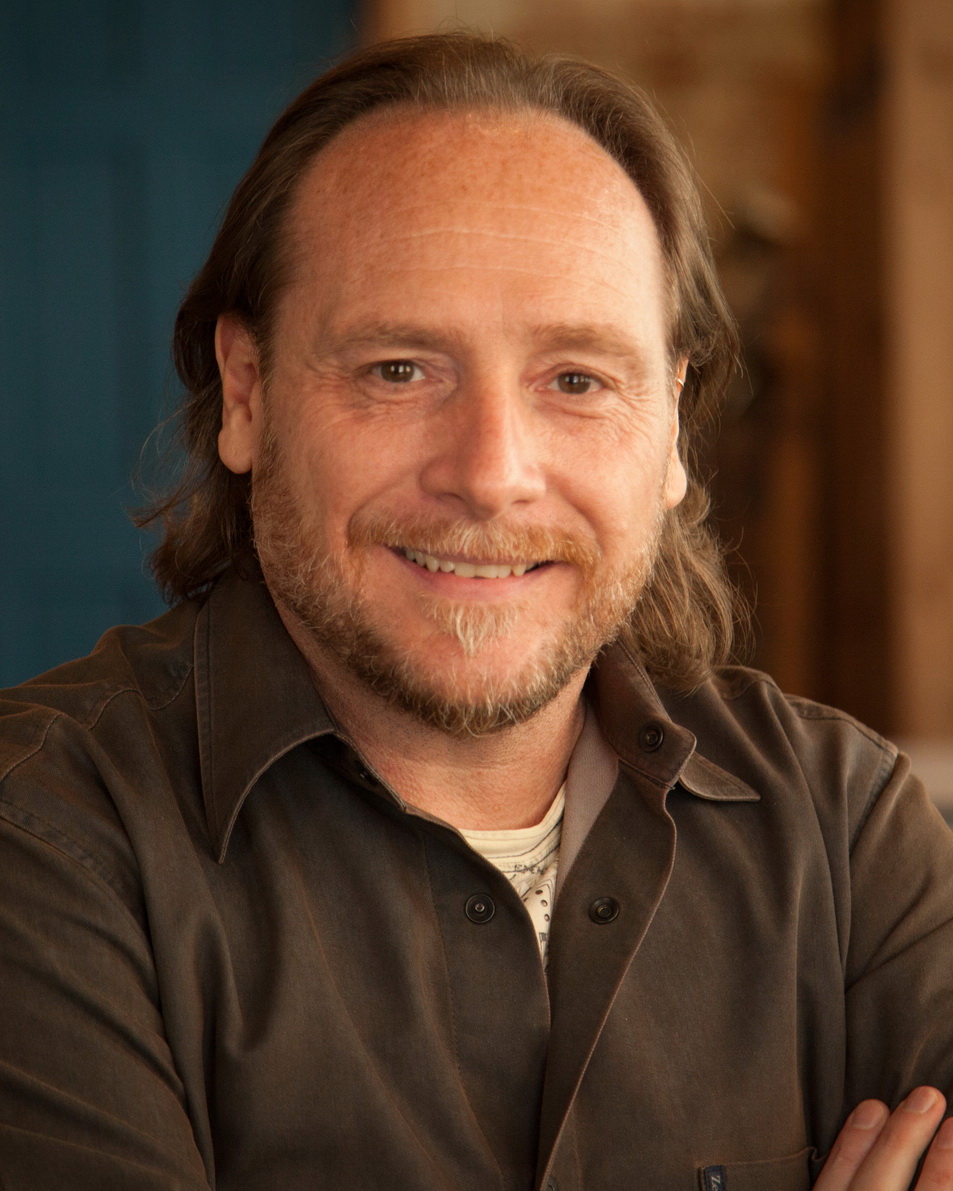 BMT’s method is surprisingly simple on the surface: by using the capacity of current technology to multitask, gamers can be empowered to make a difference with their regular gaming habits. Their platform allows a game developer or even a player to pick a cause they care about – diabetes, leukemia, etc – from active research projects. Rob poses the question: “If you could play any game you enjoy, and at the same time contribute to cancer research, why wouldn’t you?”

Of course, this kind of technology needs to have as few barriers as possible, and that’s the goal of HEWMEN. The platform is designed to allow game developers to easily search for and plug in the connection to research data – often without even needing to develop ‘around’ the data. This means developers can focus on making the games they want to make, and simply tap in to the game’s existing code and framework to allow citizen science powered by its players. It’s not just about making science-focused games, but allowing science to be done in virtually any modern game engine.

The problem with some other citizen science efforts, Dr. Clark explains, is that they are trying to build a game and a community at the same time. Both are difficult tasks, and to do so when you lack game development experience is even more challenging. From my own experience, I also see the lack of being able to grant a payoff to citizen scientists as a major hurdle. Without a gamified experience that grants ‘rewards’ like achievements, experience, and so on, many people drift away despite having the best intentions.

“One of the things that we’ve found is that the altruism idea of people getting connected because they just want to do good works, it doesn’t keep long-term retention because usually the games themselves aren’t really that fun,” Dr. Clark says.

Of course, developers also face a challenge of creating communities and keeping game retention. HEWMEN is designed to help with that by offering a new revenue model for those developers. The problems they solve, and the computing power they help provide, is revenue shared with BMT so that they can monetize their game in a brand new way. The numbers are stacked in the developer’s favor, so that even a relatively small amount of installs can create a huge revenue stream for them. Not only is this a great potential for indie developers who struggled to make profits, it’s also a brand new approach to the F2P industry that eliminates the need for microtransactions. Most importantly, it makes citizen science gaming sustainable.

HEWMEN tunes in to the human intuition, using the everyday problem solving skills of gamers to feed back into machine learning. Gamers don’t even have to know or understand what problems the research is tackling. Essentially, the research can become invisible to the gaming experience, taking place behind the scenes. And because HEWMEN groups research projects by problem-solving types, games don’t have to be singular in their citizen science purpose. That also means further sustainability for the developer, who doesn’t have to rely on a single research’s data to survive.

Robert and Dr. Clark take time to show me examples of how a sorting type of research (think along the problem “Identify traits A and traits B from this sample of data”) can be used not only directly, but in a variety of games with familiar algorithms. Wiley Wizard, a twin-stick shooter, was built to power research into drug resistance with cancer, was built specifically to demonstrate how HEWMEN could implement research into a video game with a seamless connection to the science being done by the gamer. This same research problem was ‘plugged into’ Minecraft, Q*bert, and PAC-MAN. It’s that flexible.

Another, more direct example is The 8 Cell, a game that lets people explore the body and battle illness and disease, even learn chemistry through crafting medicine. “Kids that are ten years old are completing college-level microbiology,” Rob grins, and the idea is definitely inspirational. In fact, the game was offered to a Make-a-Wish child who latched onto the game with excitement. Not only was this young man getting the chance to play a game where he fought cancer – he was actually helping fight cancer by assisting in cancer research.

Yet another game that shows the intricacy of how gaming and citizen science can combine is Eye in the Sky: Defender. This is a tower-defense style game in which the player must predict the path of the invaders along a satellite top-down image. This image appears to show ground paths that the invaders might take. However, these paths are actually constructed from Optical coherence tomography (OCT) scans, and in learning to predict the path of the enemies, players are also helping train AI how to properly read these scans for research in ocular diseases.

I could see the passion in both their eyes as they continued enthusing about HEWMEN. “What I love about this too,” Rob says, “is that it’s a shift in our industry. We’re often a target, we’re often demonized one way or another, but there’s no more beautiful group of people. . . this will allow all of these people to feel even better about what they’re doing. All those hours we spend gaming . . . can be spent doing good too.” 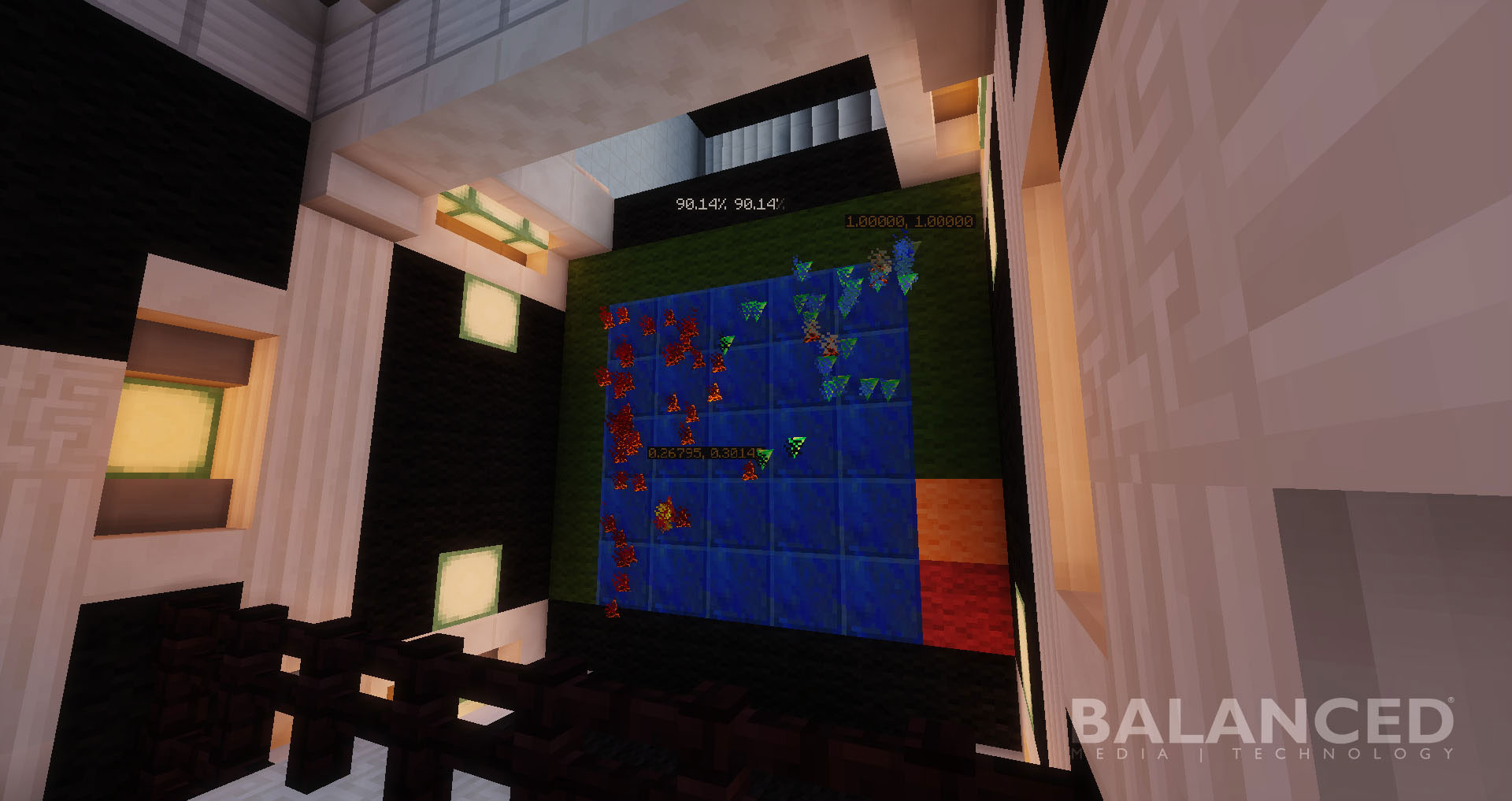 An example of clustering problem solving as seen in Minecraft.

BMT hopes to build a sort of ‘marketplace’ where developers can search through a variety of factors, including algorithms, problem types, and cause. This isn’t just for researchers, either: BMT hopes to also help sell some of the massive computing power from gamers to companies who need that heavy processing power, essentially making a giant supercomputer network from fractions of power for each gamer participating. A little like bitcoin farming, but without having to melt video cards to achieve something, and that some other projects have done before (such as SETI@home) to a lesser scale. And one of the best parts, for developers? It’s free.

As for the gamer, BMT is taking into consideration ethical concerns such as consent. Their goal is to make gamers aware of, and make choices about, the processing power they donate and the causes they support. They also make it clear that there will be no collecting of personal data or monetizing the user (as we’ve seen in some social media fiascos lately). It’s genuinely about doing good and empowering gamers. “The idea isn’t to make the money in the gaming space, it’s to make other industries start to pay for gaming,” Dr. Clark clarifies.

Myself? I’m incredibly excited for this new venture and will be keeping in touch with the team at BMT to continue to discuss and report on how it progresses. I encourage you to visit their website to learn more and see how you can get involved, even if it’s encouraging your favorite developers to become a part of this new movement.