Starbound Beta Review – So Many Planets, So Little Time

Starbound is the first title developed and published by Chucklefish Studios. Billed as an “extraterrestrial sandbox adventure game”, Starbound tasks you with eking out an existence across the galaxy after fleeing your homeworld. Despite being listed as an early beta, I took a look at what Chucklefish has to offer so far and came away with one simple question – where has this game been all my life? 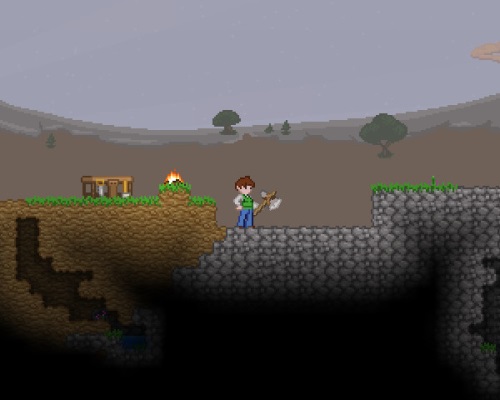 Getting into the game is simple enough, if a bit barebones at times. You’ll pick one of six races – which will affect your starting weapon and crafting recipes – and customize your appearance. From there, you find yourself on a starship hovering over a random planet and must head down to the surface to refuel. There’s a few introductory quests that explain the basics, like opening storage containers, crafting new items, and hunting for food, but you’re quickly thrown to the proverbial wolves and must piece together more effective survival techniques and equipment on your own – not to mention finding ways to refuel your ship. 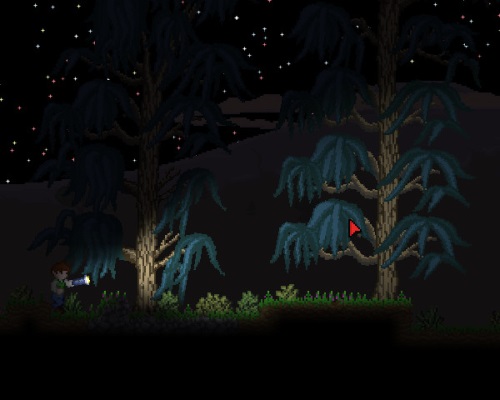 Once you do manage to get your engines up and running, you’ll be able to pull up your starmap and find other planets to explore. Each planet you’ll come across has its own unique biome, settlements, and indigenous life, meaning you’ll be able to jump from desert planets with six-eyed birds to slimy planets with poisonous water to forest worlds with trees made out of eyeballs. Planets are also generated based on their coordinates within the galaxy, so anyone who goes to the same coordinates will find the exact same planet at their disposal. There’s also a “Random Planet” feature if you’re feeling adventurous, and “Set Home” and “Go Home” options if you feel like settling on a particular planet or simply want a stable base of operations. 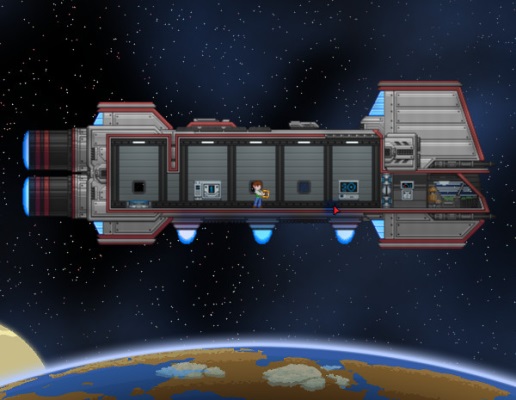 There’s also a variety of activities, both useful and frivolous, to do in Starbound. You’ll be able to acquire pickaxes and drills to mine for various minerals, axes to cut down trees and vines, and hoes to till the land for farming. Camp fires will let you barbecue various meats from hunting, and a plethora of crafting tables are available to turn your raw goods into more useful items, like better weapons and armor, more potent food items, and a small wardrobe of cosmetic items. You also have access to a 3-D printer aboard your ship, which can scan in items you come across in your travels; you’ll then be able to pay pixels – Starbound’s in-game currency – to print a copy of the original item, which is useful if you’re trying to recreate a structure you found in another part of the universe. 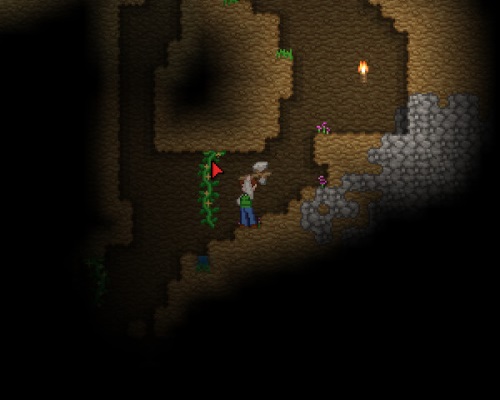 If you’re looking for something a little less constructive to do, Starbound offers the chance to pick up one of many different instrument types and play a song of your own, either by playing notes on the fly or by having a pre-made ABC format tune at your disposal – something that the game assists with by giving out a small compliment of songs upon finding an instrument. There’s also the ability to capture and tame various alien creatures – something that the dev staff currently seems to be fleshing out with their addition of baby monster variants. Finally, there’s also codex entries to hunt for, which give brief snippets of lore within the Starbound universe. 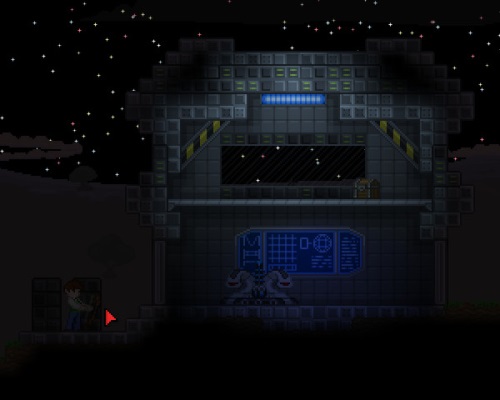 Graphically, Starbound employs a 16-bit art style that’s very reminiscent of the days of the Super Nintendo and Sega Genesis, although with smoother animations than the consoles of old. Colors are amazingly vibrant, motion is smooth, and everything from trees to walls to computer consoles are very well detailed given the game’s self-imposed 16-bit style limitations. There are a few odd graphical bugs – mainly with creatures and trees being modular constructions and not always lining up 100% of the time – but it’s hardly able to draw attention away from how good the game looks overall. 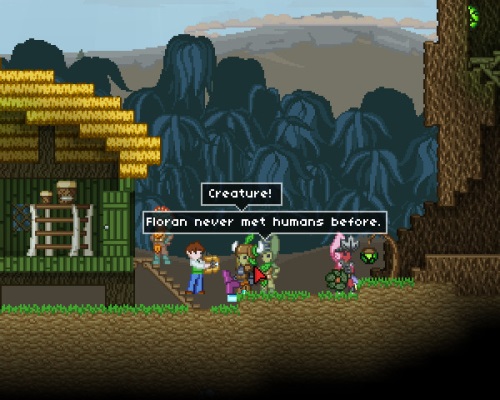 Audibly, Starbound does fairly well overall. Creatures are a little on the skimpy side in terms of audio variety (at least in terms of individual monsters), but the quality of the sounds is all around good. Weapon effects – at least, the earlier ones that I had a chance to mess around with – felt like they were somewhat light in the oomph factor, but at least conveyed the sense of what was being swung or smacked. The music, however, is where this game’s sound direction truly shines, with almost every single audible note instilling the sense that this journey of space exploration is nothing short of epic. 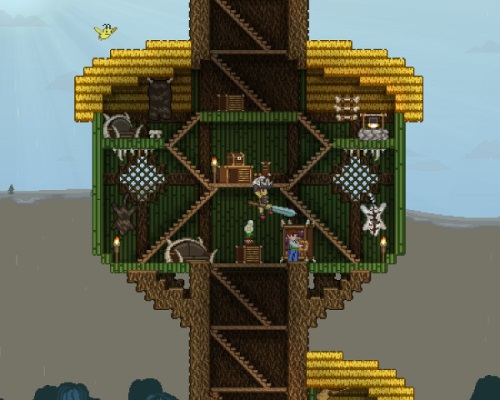 Given that Starbound is currently in its earliest stage of beta, though, there are some concerns that should be noted for anyone looking to get right in. For starters, bugs and glitches are incredibly apparent. Some are annoying, like the aforementioned graphics glitch of monster/landscape parts not lining up 100%; others are game-breaking, like the initial inability for Windows XP players to even launch the game (although this particular bug has since been resolved!). There have also been a number of balance changes and tweaks so substantial that character wipes have been required to keep things consistent. Things have greatly improved since the initial beta launch, but it’s worth keeping in mind should you expect a perfectly running game. 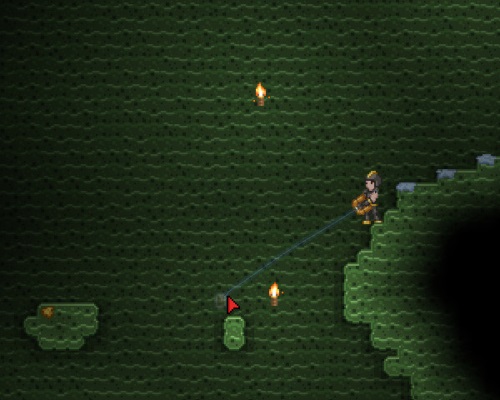 In the end, though, Starbound is a game that oozes tons of charm and potential. It’s already quite the fun experience to planet-hop in, and given the track record of patches, things look to be improving quite steadily. The few balance issues and odd glitches seem to be disappearing at a rapid pace, and just about everything else is already quite good. So if you’re a fan of build-what-you-want sandbox games, Starbound is easily a title you should be keeping on your radar.

… now if you’ll excuse me, I’ve got a galaxy to terraform.

John Shadle is a reviewer for Game Empire Enterprises; chances are pretty good that he’s taking a pickaxe to an asteroid right about now.