2014 MMO Predictions – The Death and Rebirth of an Industry 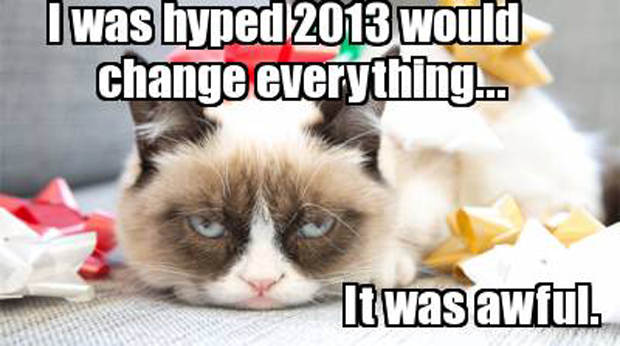 When it comes to predictions in the MMO industry, most writers focus only on the individual titles and what their success or failure means as a whole. I’m going to take a step back from my obsession with online bingo for money and the game by game blows and their genre specific implications to make a boarder prediction effecting the industry and community as a whole. A pattern is developing. This pattern is not independent to our industry. It’s the Internet and it’s growing. Hiding information is becoming harder. A small leak blows up into a major story on countless websites. In this realm, how does a game build hype without ruining the surprise? And where does gaming press stand in this new order where everyone with early access to a game thinks they are a journalist?

This isn’t a new issue. Various publishers have tried to address the problem of balancing personal info releases, press exclusives, and community involvement over the years. It’s only becoming a problem recently as the MMORPG community seems to have hit a limit on the number of titles that can be successful and profitable at a single time. Currently it stands at roughly 15% of the titles on the market can continue on indefinitely. That’s narrow. That’s only the best when you consider that this tiny fraction is made up of the best titles of various genres such as shooters, brawlers, Anime stylized, MOBA, sandbox, and science fiction, faction PvP, and fantasy themepark. If your game is aimed at one of the more niche genres, you either need incredibly low production costs (and goals), or the most innovative gameplay yet revealed to stand a chance.

Meanwhile gamers have become jaded over the years. Publishers have lied to them for a decade. “The Next WoW.” “Innovative.” “The first.” These same terms have been repeated in nausea from the same PR teams being traded between companies over the past five years and the gamers that have stood by the MMORPG genre since the beginning are done listening to the lies. Sure there is the new breed of gamers coming of age each year. But with the Internet so widely available and so many jaded gamers sitting around bored on it, the time needed to reach “jaded status” becomes faster with each passing year. This means there soon won’t be an audience of uninitiated kids waiting to get sucked into the clan mentality and PvP competitiveness that breeds excessive cash shop spending needed to keep lower quality MMOs afloat. I’m looking at you recent string of browser games from China. 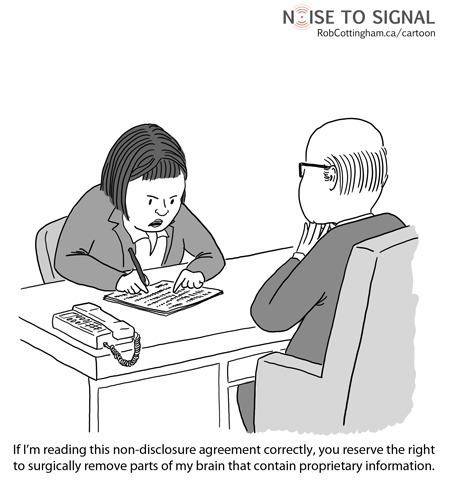 Jaded gamers are quick to judge. And once their mind is made up, they tend to take some kind of strange symbiotic bond to that opinion. Their e-rep is on the line and if they think a game is going to succeed or fail, they will argue tooth and nail to convince others they are right. Mob mentality grows. And a game crashes and burns before it even has a chance to prove itself. As such MMORPGs launching in 2014 have been playing a dangerous game over the past few years. This involves intensive NDA agreements to keep their testers silenced while the developers pray for valuable feedback. But the Internet is a big place.

And the more testers you let in, the higher the probability of leaks. Err, I mean journalists speaking their minds. On blogs. On larger forums. Hired by less scrupulous websites desperate to make a profit by breaking news on features before it’s unfairly spoon fed to the big press sites in the industry like MMORPG and Massively. 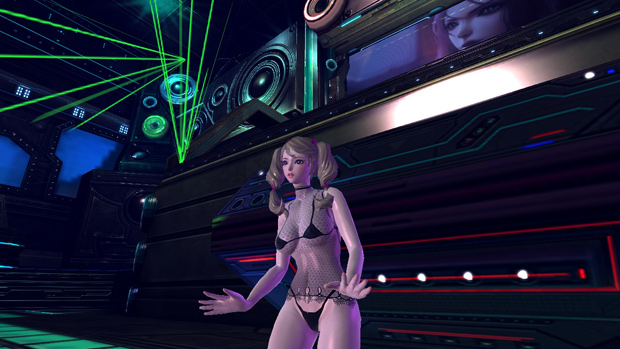 It’s no secret the MMO industry has been suffering for quite a few years now. Outside of the MOBA genre, most successful titles are so because they launched prior to the exponential curve of jaded gamers and built a large enough playerbase to fortify their coffers from the storm. Perfect World International, Eden Eternal, Elsword, Alliance of Valiant Arms, Maplestory, the list goes on. Beyond the not so solid barrier, the only games that are fighting on with any success seem to be games destined for subscriptions but reduced to free status to keep a large community intact. Lord of the Rings Online, TERA, Star Wars: The Old Republic, Everquest, and plenty of others stand in one way or another in this group.

This of course hurts sites that cover the industry just as much. Advertising dollars are a luxury to these struggling publishers but a lifeline to the lesser sites covering them. Playing by the rules of NDAs forever spells a slow death for these websites that aren’t getting any exclusive breaks and always covering news as second fiddle to the larger sites. With nothing to lose, one would ask why would you stay loyal?

Combine these websites with the huge boon of players out their bound by NDA and you have a solution. The sites themselves never signed any legal agreement. The games in question probably aren’t funneling any advertising dollars their way. They’ll publish whatever is sent their way regardless of if it carries a positive of negative light of the game. And the people with all the free time on their hands to take part in these secret beta events are typically unemployed or college students struggling with rising tuition rates. What’s to stop these testers from speaking their minds anonymously and getting paid in secret for it by the sites with nothing to lose? 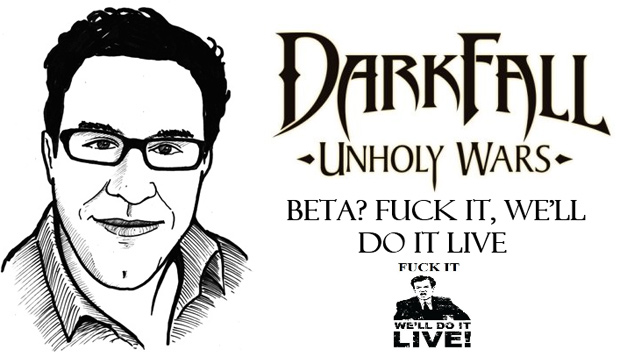 I’m sure this isn’t the first time publishers have considered this. As such to keep their proverbial hype trains running up till launch, they have to withhold major elements of their game from the general public, including their testers, until the final moments. Sure it protects their image from possibly negative reviews of the features, but it also means these same features are under tested and may launch buggy. Huh, a buggy feature at launch in the MMORPG industry. Who would have imagined? 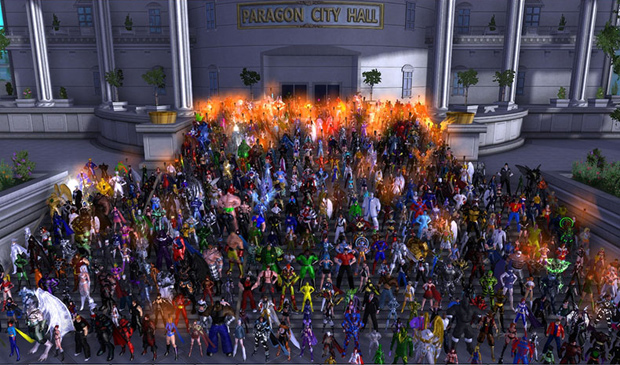 It’s clear all hell is going to break lose in the world of MMORPG PR in 2014. Free to play titles on the horizon don’t have the type of anticipation going for them to warrant any kind of major success. The jaded gamers are chomping at the bit to see to that. The games with a chance are ignoring the lessons of the past and going in gung ho with buy to play and subscription models in the hopes of capitalizing on the lack of free competition to snag those early development dollars to keep things running. But that only makes the demand for information on what gamers are getting before dropping their money all the more valuable.

The price for leaked info will grow. The fear of jaded gamers destroying a title’s reputation prior to launch will grow. The quality of beta testing will falter as launch dates are moved up unreasonably to keep up with the shorter lifespans of hype trains these days. The result?

2014 is going to be a shockwave year in the industry no matter which part you play in it. MMORPG already sees the writing on the wall, hedging their bets by gaining a following for the still booming RPG genre outside of the MMO realm. Foreign investors are going to pull out in mass after being burned by their second rate titles no longer returning dividends in the west. They’ll tell their friends and even scare off funding for quality titles as a result.

If this doesn’t scare you, I’m afraid to say the writing is already on the wall. Phantasy Star Online 2’s western launch has been delayed indefinitely. Trion has been almost entirely silent on the Korean developed ArcheAge since E3 2013. After years of hype train, NCSoft decided localization money for Blade & Soul was better spent in China than the west. Even smaller titles like Yulang II are getting pushed in Southeast Asia (fully English translated mind you) as opposed to the expensive and risky western alternative.

Things are bleak indeed for MMORPG fans, but I won’t end my article without a light at the end of the tunnel. 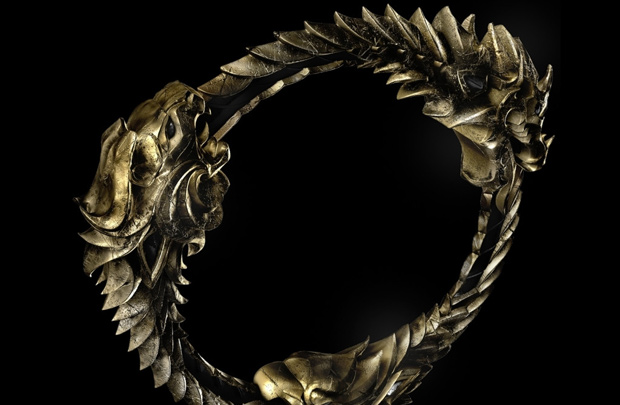 With the Eastern developers rattled and in retreat, and Western investors becoming tired of seeing one AAA MMO after another follow the Warcraft formula and fail, the end of large themepark MMORPGs will be upon us. This is simply a new beginning as the only studios developing MMORPGs going forward will expect the smaller community and plan their resources accordingly. Also realizing at last that the age of Warcraft and Everquest has ended, they will push towards innovation and untested game types to acquire their niche.

Titles like Novus AEterno will push RTS elements into an MMO sphere. Camelot Unchained will marry the success of Minecraft with hardcore realm warfare unlike anything seen since the Dark Age of Camelot. Hex will push the limits of what trading cards can do with true MMORPG elements, utilizing all the strategy of a card game in a faster combat setting. SMITE will hit full launch, showcasing the awesome power of mixing the aim of shooters with the mechanics of a MOBA and the power of modern 3D modeling. Citadel of Sorcery keeps fighting against impossible odds to make an MMORPG with actual dynamic events to bring ultimate immersion. With innovation attacking the status quo from so many angles, it’s only a matter of time before the balance of power will shift from big and bad to small and focused, where titles capable of crafting a universe to their niche’s preference will win out against AAA MMOs claiming to have something for everyone, and inevitably falling short on those claims.

Staying small and hiding under the radar, these games will be impervious to the call of the jaded gamers as their stalwart niche fans will defend their game of choice with fire. The breakdown of a united MMORPG community into countless niche titles will again reignite the need for multiple MMO sites as the industry will be too vast for any single group to efficiently cover. And hopefully somewhere down the line, those gamers that lost hope in our industry over the last decade will find a niche indie title that’s exactly what they had been waiting for all these years. 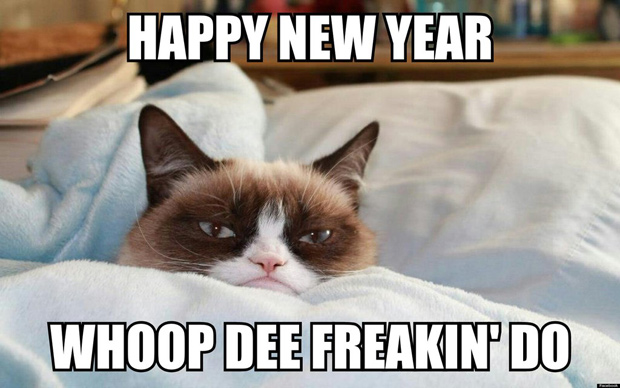 Change isn’t easy though. And it can’t happen without support. So find a project you believe in. That you can stick with and follow. And let the developers busting their ass for peanuts know that their work is appreciated. That one day the big pay off is coming. That you will be waiting on launch day with energy drink and Grub Hub at the ready to marathon the hell out of their game. Because if you stay jaded and never fight for change, you’ll still be looking in the mirror at your grumpy frown come 2015.