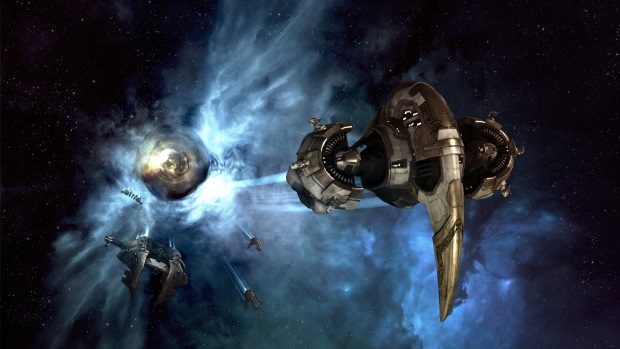 CCP Games, a leading independent developer of massively multiplayer games, has launched some big additions to agent missions and wormholes in the latest release for their award-winning sci-fi game, EVE Online.

In Hyperion, dangerous “Burner” pirates have started to arrive all over the universe. Trained by the five major pirate factions, these lone criminals hide behind space gates that only frigate-class ships can activate, making for a fresh alternative to the battleship warfare that dominates high-level agent missions. These optional but lucrative new missions mimic the type of battle more often found between players.

Hyperion also includes major changes to wormhole effects. Since wormholes were introduced into the game years ago, EVE players of all experience levels — always ready for a challenge — jumped headfirst into the unknown and carved out fragile refuges amidst a constantly shifting interstellar landscape. Among the changes:

“Hyperion brings the first of many upcoming changes to core parts of EVE Online that let players explore the New Eden universe and clash with its inhabitants.” said Andie Nordgren, Executive Producer for EVE Online. “Missions, wormhole exploration, and incursions are an integral part of EVE’s player-driven vicious cycle of harvesting, creation and destruction, with players of all levels sewing the fabric of our massive universe with their ambitions.”