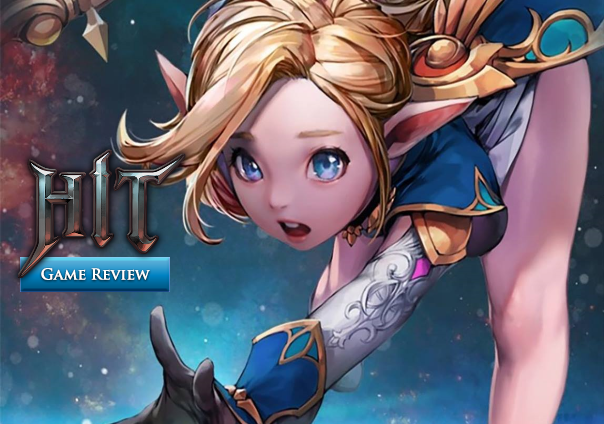 Does mobile gaming need a high-quality ARPG? Maybe. Nexon seems to think so, leading to the global release of Heroes of Incredible Tales a couple weeks prior. The game boasts impressive graphics, unique characters, and action packed gameplay, on a mobile platform to boot. You’ll have to ask yourself, “Is the game good? Did mobile gaming truly need a triple-A style ARPG? Or is this a case of style over substance?” Luckily, I’m here to answer those questions for you, and give you plenty of information on the game to further your decision. You’re so lucky!

The first thing you might notice about Heroes of Incredible Tales (henceforth HIT) is the usage of Unreal Engine 4. For a mobile game, that’s quite impressive; it also means you’ll need a pretty beefy tablet or other mobile device to get the most out of the game. The visuals are quite stunning, however, and definitely are one of HIT’s strongest selling points. Animation is fluid, lending to a game that’s not only fast, but pretty to look at, too.

HIT uses a double touch control scheme. The left side of your screen will be used for movement, and the right for attacks, defense, and skills. There is no current gamepad support for the title. Functionally, this works much like a mouse and keyboard would, but if you’ve small hands on a large tablet, it may be somewhat uncomfortable to play for longer periods of time.

How to Fight: Stick Enemy with Pointy End

The introduction to the game fits the story-driven narrative of the game. You take on the role of a knight from the past as an angel teaches you the basics of movement, attacking, defense, and skill usage. Additional actions such as follow-up attacks and dodging are also covered, giving you a solid foundation for which to play the game. 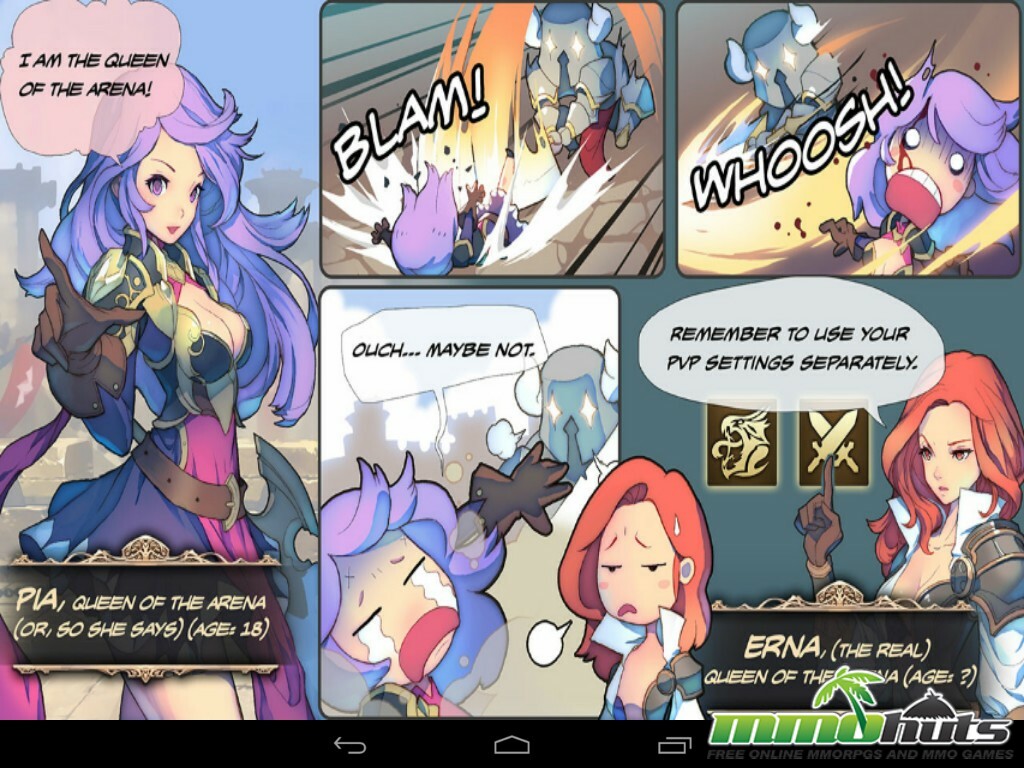 Once the tutorial has concluded, you select one of four characters to challenge the world with: Hugo, the greatsword wielding tank; Lucas, who skillfully dual wields swords; Anika, with her battle scythe and acrobatics; and Kiki, a young magician with incredible spell power. You can change between characters at a whim, too, which is a nice touch.

Why Does Every Town Have this Problem?!

At the core of HIT is the mission system. There are several areas in the game, which lead you through the story along a linear path of progressively harder missions. Every battle you complete gives items and gold. Some missions are scattered throughout each level that provide additional experience, more gold, or rare items. Since they’re labeled as such on the map, you can easily identify them, and can even use unlockable cards to increase the effects. For example, using a double experience card on a mission that already gives increased experience is a very smart decision to make.

A lot of the game’s content is also gated behind the story, with raids being unlocked all the way into Mission 8, Area 5 (8-5). Ultimately, this does require you to play through most of the game in order to unlock things you may have wanted to do from the start, such as PvP. This can lead to a bit of frustration at times if you’re unlucky with equipment, as each mission demands more and more attack and defense values to have the best chance at success.

As previously mentioned, combat is fast and furious. You have an auto-attack string that you can execute simply by holding down the large attack button on the right of the screen. This even goes so far as to dash to distant enemies, ensuring constant action. Additionally, you can also use up to three different skills, unlocked as you level up your character. Each of these skills also has a follow-up attack that can be executed by pressing attack after your skill connects with an enemy, allowing for even more damage to pile up. These skills and follow-ups do have a cooldown timer, though, so using them wisely is the key to success. 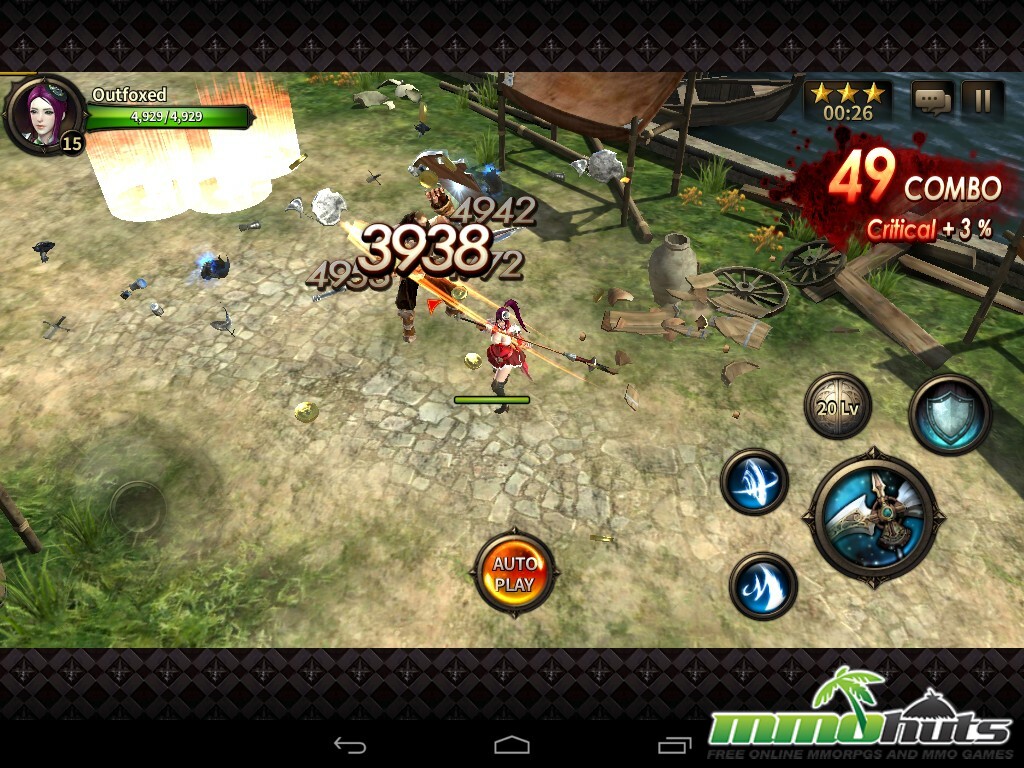 Of course, defending and dodging are also quite important. Blocking an attack will let you take significantly reduced damage, helping against a lot of the more burly monsters you’ll encounter. Some attacks, however, cannot be blocked, and must be dodged completely to prevent damage. Dodging is accomplished by simply moving while defending; the dodge happens in the direction you moved, so try not to dodge directly into the attack itself!

I See You Drivin’ Round Town With a Big Ass Scythe …

As your character clears stages, you will earn experience points and level your character up. From level three onwards, leveling up earns you a skill point that you can use to improve your character’s skills, follow-up attacks, or passively affect your entire character. You can expect one level per stage until you’ve reached character level 15 – at which point experience gain slows WAY down.

You also power up your character using various pieces of equipment you find throughout the game. In addition to your weapon, each character can equip a helmet, body armor, gloves, boots, an ornament, a ring, and a necklace. All equipment has varying levels of rarity, from common to immortal, with the higher rarity items being much more powerful. Each piece of equipment also can spawn with a cornucopia of additional effects, such as additional hit points, increased attack speed, reduced debuff duration, and more. Mixing, matching, and maximizing these bonuses will help grow your character even more.

Of course, if you’re constantly gaining new equipment, there’s got to be a use for the older stuff, right? Thankfully, HIT allows you to convert old or outclassed equipment to levels on your current gear, up to a maximum of level 20. Every level the piece of equipment gains will increase its stats, and can quickly take you from mediocre to juggernaut-like in terms of strength. You can even synthesize two pieces of max level equipment to increase the rarity of the piece (and thus, its overall strength).

Equipment can also be enhanced with gems. Gems are obtained through various daily events, and each have a unique effect on the gear they’re placed in. Keep in mind, certain gems are weapon and armor specific, and equipment uses specific colors in their gem slots. Still, if you can match them to each other, they will provide a nice boost to your character. Gems can be synthesized to a higher grade like equipment, at the cost of five gems of the same level.

As I mentioned before, a lot of the content of the game is locked behind completing story missions. However, the locations in game that are unlocked are quite beneficial to becoming more powerful. First up, we have the Tower of Trials. The tower unlocks one floor per character level, and gets progressively more challenging as you advance in it. Completing each floor will reward you with gold or items. The tower does not cost any adventure points (the game’s “energy” mechanic) either, meaning you can go venture through it at any time. Next up, you’ll find the Sanctuary of Light or Blood, depending on the day. These areas are where you will earn your gems for equipment, and where you get the first taste of your multiplayer experience (albeit in an NPC style format). 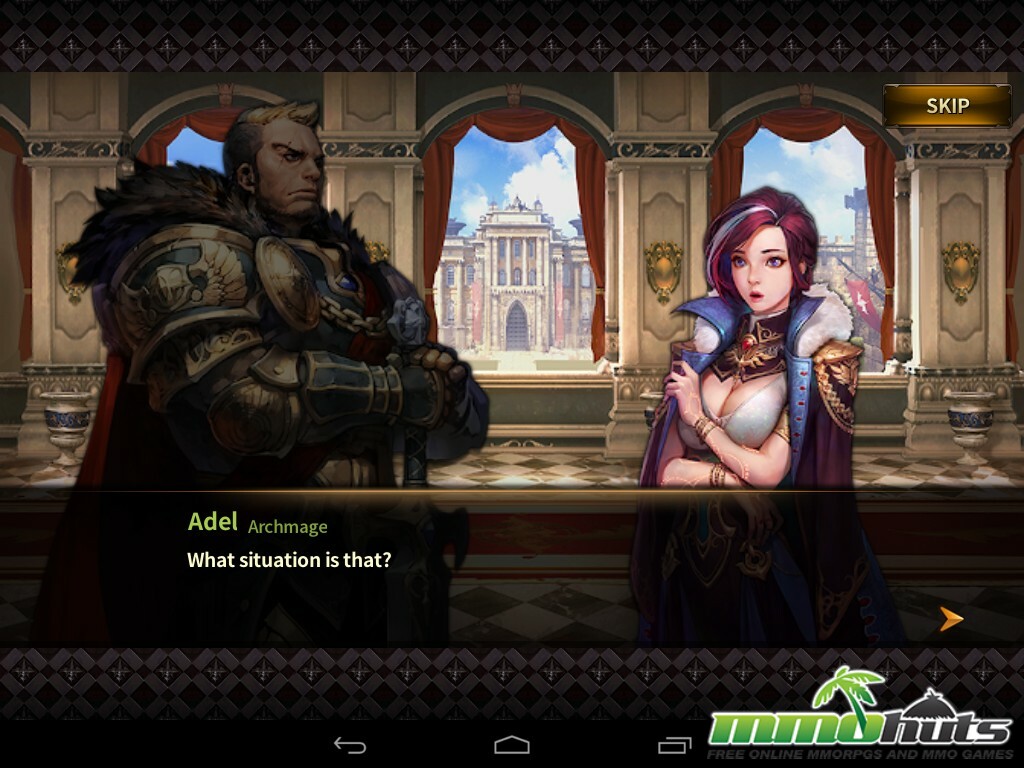 Later on in the story you’ll unlock the arenas, allowing you to compete against other players in one-on-one matches for points. The higher your earnings for the week, the better prizes you can earn. You can also utilize a friendly duel arena to practice your skills without the fierce competitive nature. For more intense PvP action, there’s the Brawl Arena, a free-for-all against five other players.

Despite the polish, there are some glaring problems with HIT. Ads are thrown at you constantly, and despite there being an option for them to not be shown again for the day, more will replace them. There’s also a massive elephant in the room I haven’t addressed: the auto battle button. With a simple press, you can literally walk away from the game and it will play for you. Sure, you have to use skills manually, but if you’re geared properly, you won’t even need to do that. There’s also the issue of requiring a very nice tablet or phone to run the game at any decent framerate.

PvP is very much pay-to-win. There’s no getting around that fact. Add in the fact you can literally buy skill points, and it’s even more absurd. This game, while developed for a mobile platform, could have served much better as a PC or console release. HIT is a gorgeous game that, unfortunately, suffers from the age old problem of graphics before gameplay.