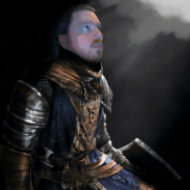 Jason “Hhean” Harper spends more time playing role-playing games (both at the tabletop and away) than is healthy. After a lengthy hiatus, he was found in a pile of indie games, painkillers and obscure anime fighting titles. It was gruesome. There were maids everywhere. After being told to clean up his act, get straight and stop talking about a “Waifu” he’s gone back to writing.