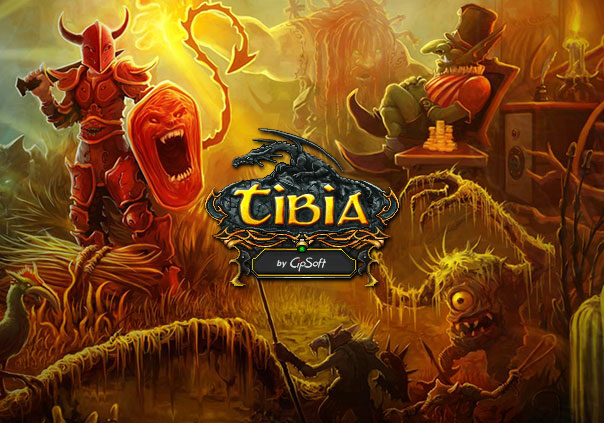 Tibia is an MMORPG launched in 1997, and is still going strong, now free to play. Its an easy game to get into, the game downloads in a few second and the system requirements are nearly non existent. Even Linux users can play! The interface is nice and clean, things like character stats, inventory and text boxes don’t clutter up the screen but are shown on the sides. Those looking for an old school RPG adventure shouldn’t overlook Tibia, but the game does have a major draw back. Many features and all the advanced vocations are only available to paying players. Free players can still enjoy the game at their own pace and chose from 4 vocations once reaching level 8.

Classes – Players must head to the Isle of Destiny upon reaching level 8 to chose a vocation. Premium members who reach level 20 can become advanced versions of their chosen vocation, awarding them additional benefits.

►Over 20 years of development and it’s still running.

Players may upgrade to Premium to access additional features, such as player housing.

Many gamers were first introduced to the MMORPG genre by World of Warcraft which was released in 2004.

The First MMORPG - The Early History of the Genre

Even though free to play MMORPGs and MMO Games are growing in popularity, there are still very few MMORPGs that are compatible with Linux.