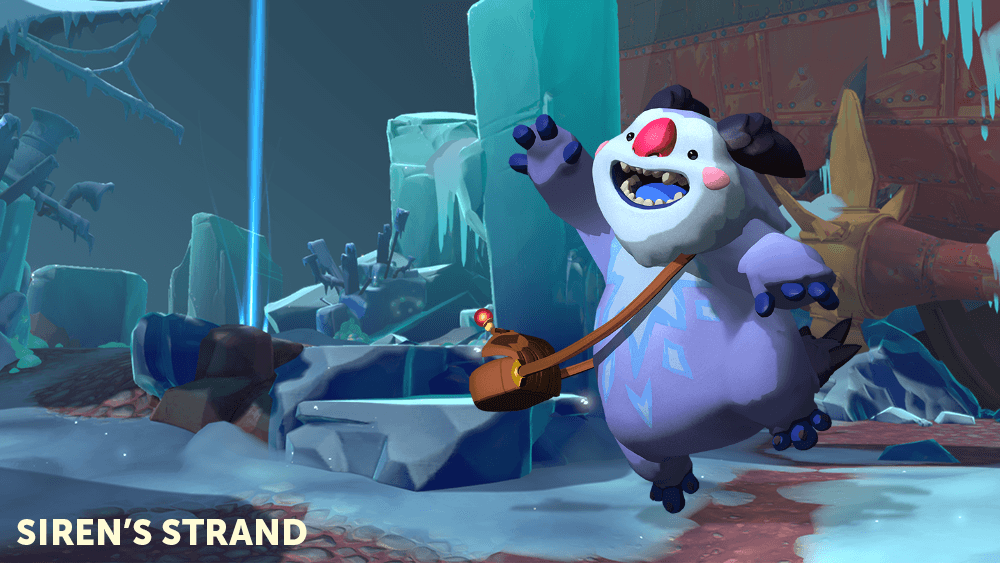 This past week, Gigantic has launched closed beta 5. In addition to various tweaks and improvements, two new major content updates have been added: the Siren’s Strand map and the early prototype hero, Pakko.

Siren’s Strand is a medium-sized battleground (about two thirds the size of Sanctum Falls). Snowy wreckage covers the battlefield with obstacles that create new caverns, paths, and chokepoints that offer new strategies in battle. This includes lateral layout of control points, tunnels that can be used for ambushes, and snug front-line ready for the Clash.

Pakko is a new prototype hero, currently only available for testing until March 10 (and to return at a later date). A small snow guardian, Pakko is designed currently as a front-line tank with control skills and an affinity for ice.

Patch notes for the update are available here.