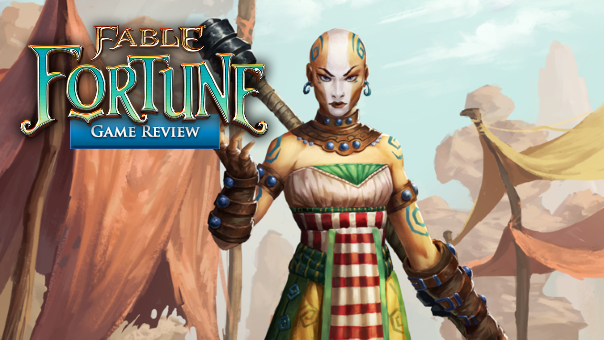 The last few years we have seen a high influx of new card games, but there hasn’t been a new card game since Hearthstone that scratched that itch for me. While Hearthstone is still very active among card game enthusiasts, once you haven’t played it for a while, or missed a few expansions, getting back into the game is super difficult and comes with a price. Fable Fortune is another new card game that has its own take and special style. Since it comes from a series of games with a rich lore, it might be another game that a lot of people will recognize and give a try, but will it stick?

I’m just gonna say it upfront and talk about the elephant in the room. Fable Fortune is a Hearthstone clone, in every possible angle, but is this a bad thing? Forgive me if I might mention this game a little too much, but its difficult not to compare it with, especially given its similarities. Hearthstone always felt like a great game, until they decided to add Expansions on top of it, slowly moving the meta forward, and straying too far from its base game. This made it incredibly difficult for new people to jump into the game and be competitive. Everyone always uses the excuse that the base games are still really good, and can get you quite far up the ladder. However, it’s never fun for newer players when they have this huge mountain ahead of them, and they barely scratch the surface of what they can actually play around with. While I thoroughly enjoyed this king of card games, once you’re out, you’re out and that’s it. 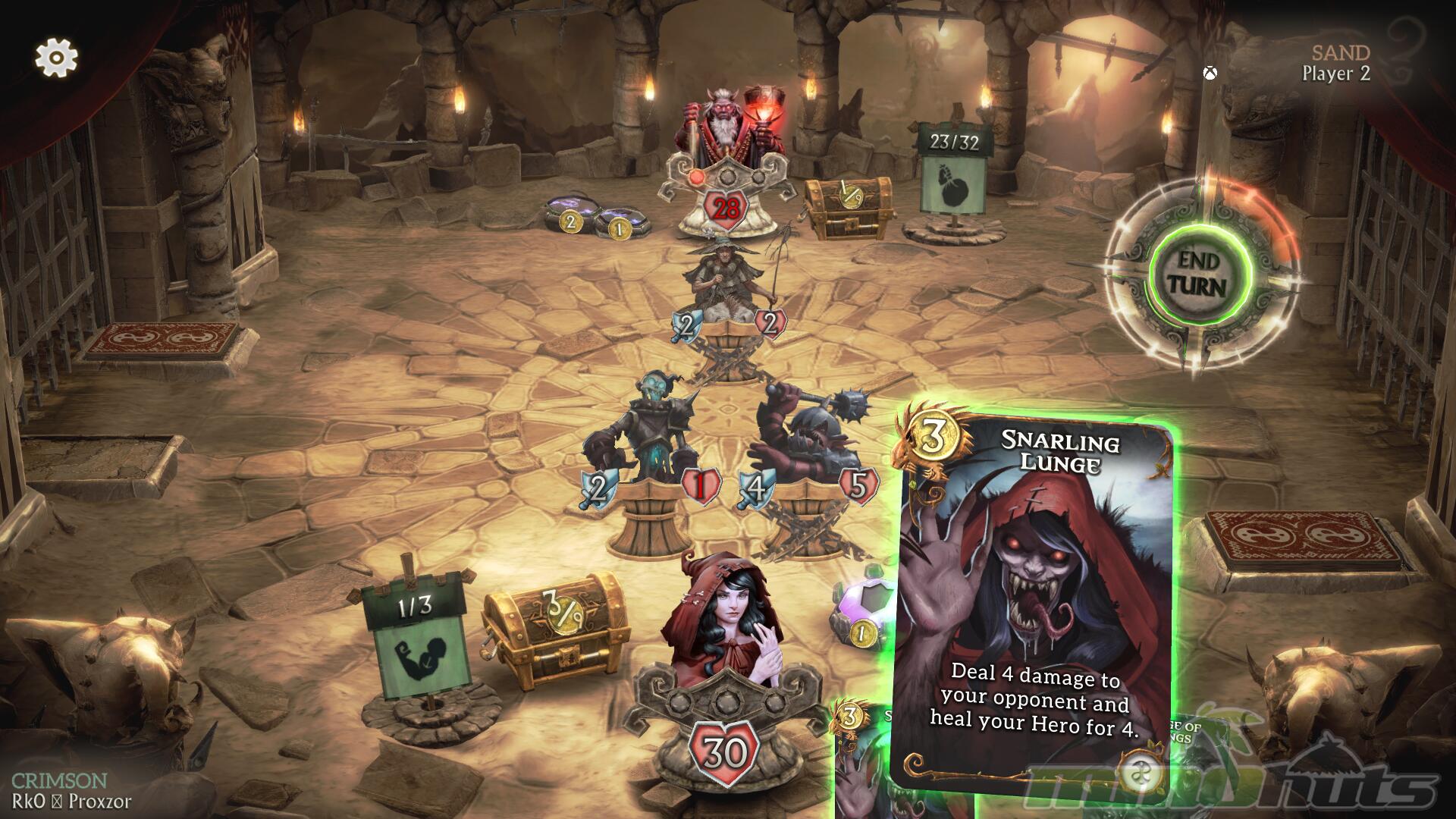 So here we are with Fable Fortune ,and the game is pretty much exactly like Hearthstone, except in its own style with its own in-depth lore. But first things first, let me explain the basics of the game if you aren’t all too familiar with these popular card games. Fable Fortune is just like a real card game: Every player starts with a deck of 30 cards, and depending on the match type, there are also a few requirements that you must have in your deck. In Fable Fortune you need a Trophy card, a card that doesn’t use gold and gives you an ability that could help you or damage your opponent. A card game in general begins very slow, each round you start out with a few gold coins to spend. After every round the gold cap slowly increases, and the player can spend more gold on better or multiple cards, allowing the game to speed up and for players to use all sorts of combinations with the cards they have in their hands. The cards are usually divided between different valued characters, each with their own unique ability that changes the game when they’re put on the board. Just like in most other card games, in Fable Fortune there are also cards with abilities, like cards that deal damage to your opponent or to heal your hero.

The hero is the main character of someone’s deck. There are currently six heroes in total, and each one of these heroes have their own ability that can be used during the game, drastically changing the style of the game. Both players and their heroes start with 30 health, and when one of the players reaches 0 health the game is over and the player with the remaining health will win the game. The heroes themselves also have specific cards, which can only be used in the deck of each of these heroes. You cannot use these cards in a different hero’s deck, but there are global cards that you can pick with every possible hero, and these are mainly used to finish your deck. Currently the following heroes are in the game: Alchemist, Shapeshifter, Gravedigger, Knight, Merchant, Prophet. Just like in Hearthstone, all of these heroes have different abilities and deck themes in such a way that not a single hero plays very similar to the other.  This is the catch of most card games, and not only the card games you play on the computer. 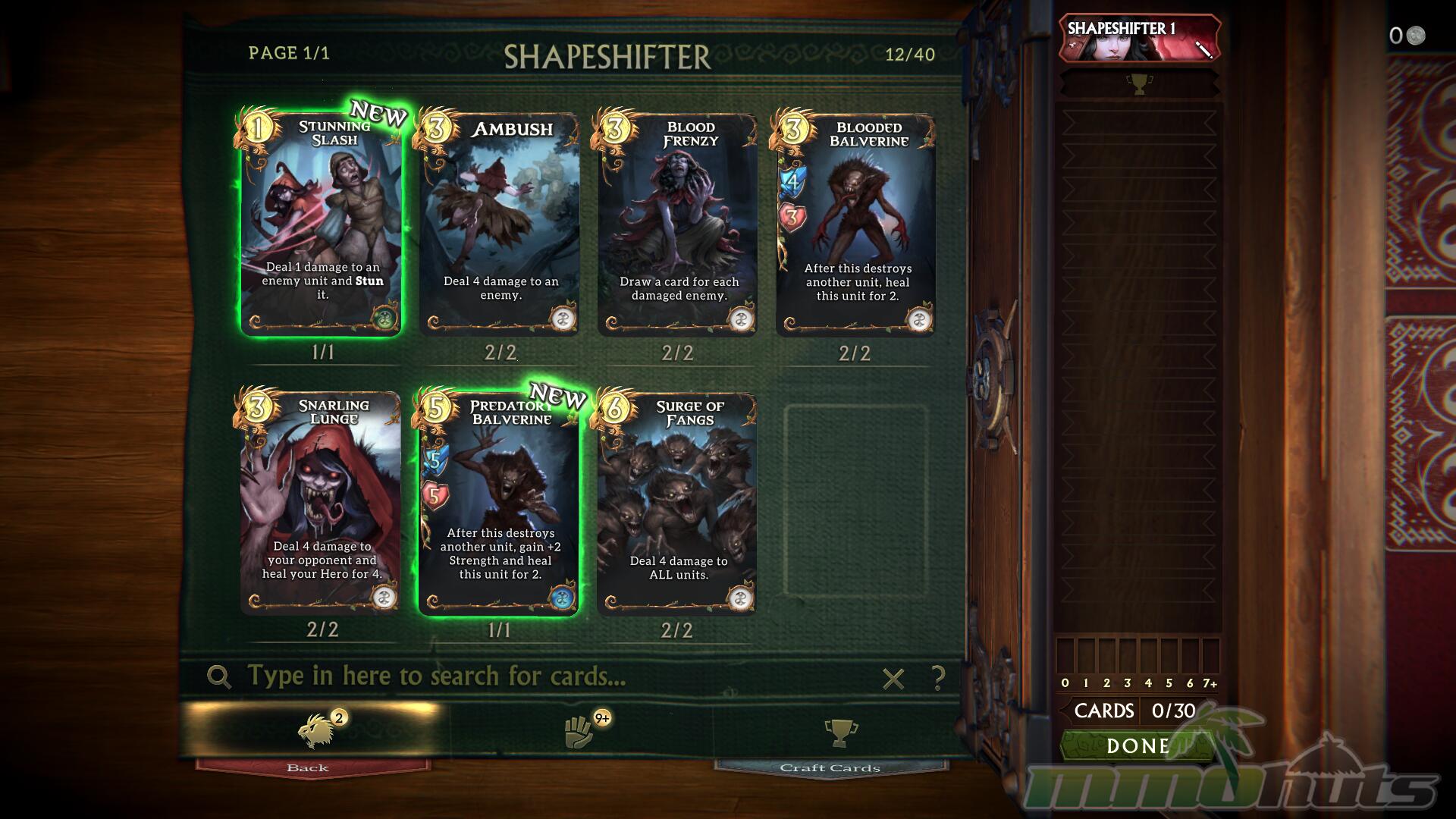 Getting a completed deck for one of these heroes is very difficult to get, since you have to spend money and effort gaining all of these cards. When someone has more cards to play with, they generally have a better deck competitively – maybe not statistically, but something that fits them better. This is the biggest issue that I have with most card games. While it is sometimes doable to gain them by not paying a dime, most of the time it takes such a long amount of playtime to get them that you are slightly forced opening your wallet and throwing money at the screen. Fable Fortune doesn’t really work any differently either. While there are quests that reward you coins, or daily bonuses to help you out a little, if the game decides to take the same route as Hearthstone once walked, it might eventually led up to the same issues that scare many people away from this type of game.

While Fable Fortune isn’t necessarily a direct copy of Hearthstone, it does look very much the same, but it has a few changes here and there. In each game, you can level up your hero when completing special quests. When you complete these quest, you are given an option between Good and Evil, changing your hero its abilities slightly and giving you another element to play with. And while this is definitely a fun idea in the game, it doesn’t alter the game that heavily so that completing the quest becomes a must to change the outcome of a game. 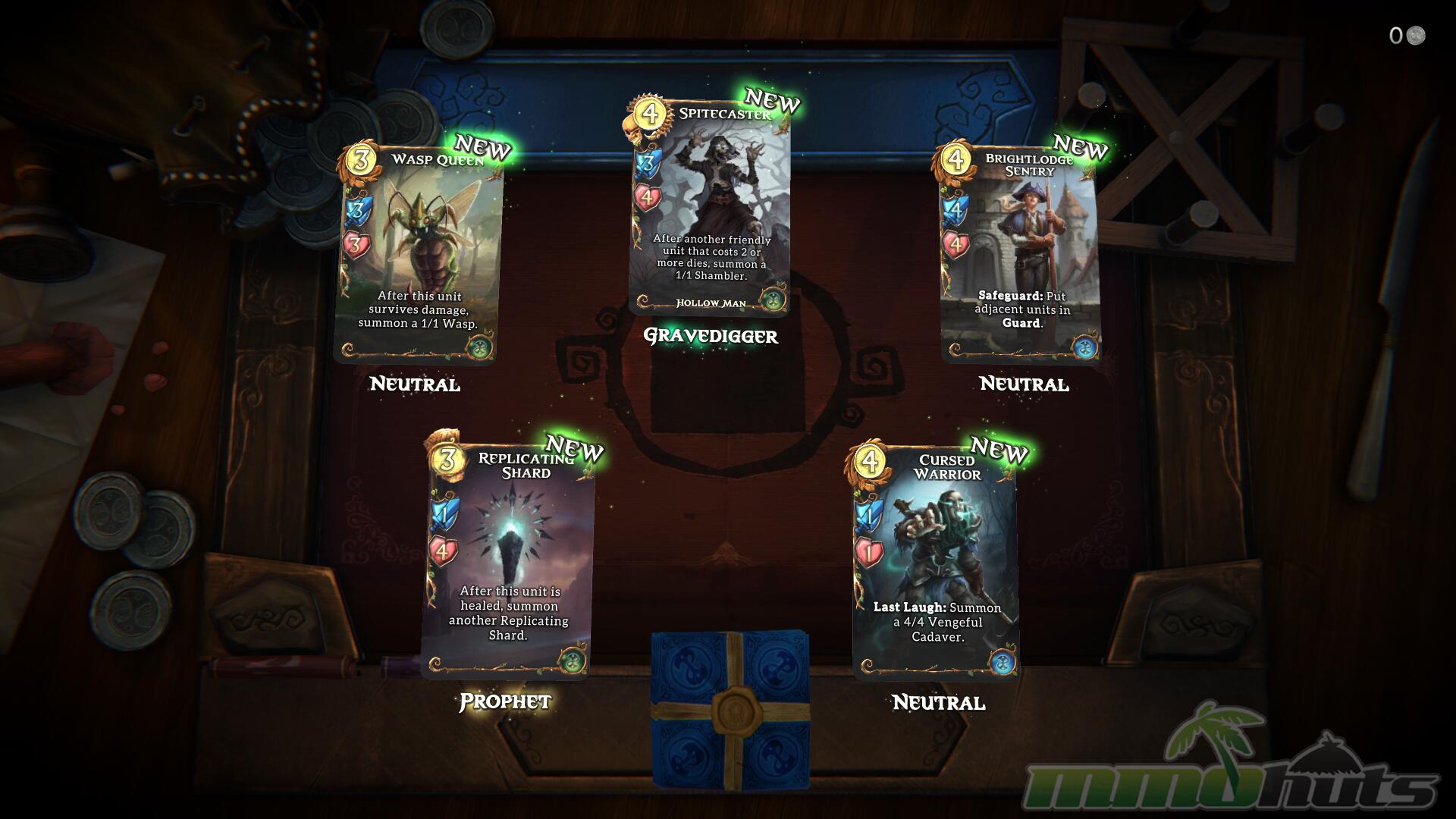 Fable Fortune took a concept that has been proven to work, and shaped it into its own game with deep lore. While some might be thrown off because of this, I do think that it could be done right with the right mindset put into it. Hearthstone has been an immensely popular game, but its been in decline and there have hardly been a new influx of people jumping into the game lately. And perhaps now they feel more inclined to play a game similar to it, because at least they’ll know they will start on equal grounds. Since the game is also playable cross platform, you don’t have to wait all that long to jump into a game too. I personally haven’t really got deep into the Fable lore. I still remember the first game, and it’s great and interesting story. But while it was interesting to see some characters back from this game, the rest of the series feel like a huge blur to me, and while the games were always very interesting to play, the characters aren’t super interesting to base a card game around. It just doesn’t feel like it has iconic characters that some stories may have.

Fable Fortune from the foundation is a solid game, it is exactly what I want it to be, but am still a little cautious depending on the course it might take. As long as they keep it beginner friendly, and don’t add too much onto their foundation that might seem hard to get, it might bring back that spark of life that some of these Card Games once had. At the same time I can also see why veterans would pass on a game like this; they’re already playing a game similar to it, or have played it before, so why switch over? It’ll be very interesting to see what Fable Fortune does, but for a free to play game, every card game fanatic should definitely try it out.