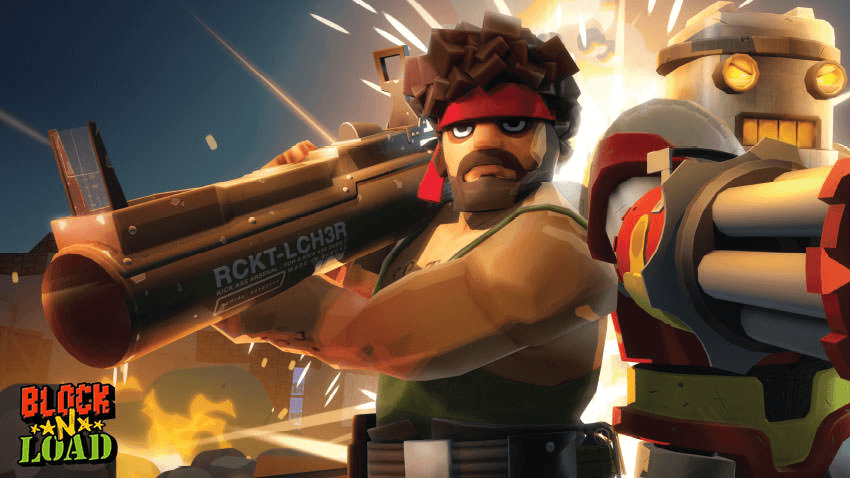 Jagex Games Studio is proud to announce that with today’s significant update for Block N Load, the game is now free to play. The transition takes the existing core game, mechanics, and modes, and enhances them with substantive improvements to the shooter’s combat and matchmaking, as well as launching a whole raft of additional content such as new heroes, daily challenges, perks and player progression.

Block N Load now includes a daily challenge system that gives players objectives that have to be fulfilled within a single match or 24 hours. Challenges can come in the form of multiple conditions, including gaining a certain number of kills or completing specific actions, and allow players to generate a flow of gold bars that can be used to purchase new Heroes or Perks.

The introduction of a Perks System in Block N Load allows players to further customise their Heroes, so they can play how they want to. Unlocked with gold bars, there are more than 55 Perks to choose from, including some that improve offensive and defensive capabilities on the battlefield. The update also sees the arrival of three recently announced heroes: master of electricity, Vander Graaf; J-Pop, kitty-launching, Kira-chan; and the always frosty, Yury the Yeti.

“We know from working together with our amazing player community, that the vast majority of our players wanted Block N Load to be a free-to-play game, so that’s what we’ve done! We took the time to develop and implement a fully-rounded free-to-play experience, and added a ton of new content and improvements on top,” said David Solari, vice president, Block N Load. “We are really proud to have made a game that is truly unique in the shooter space and look forward to working with our players again to build on it.”