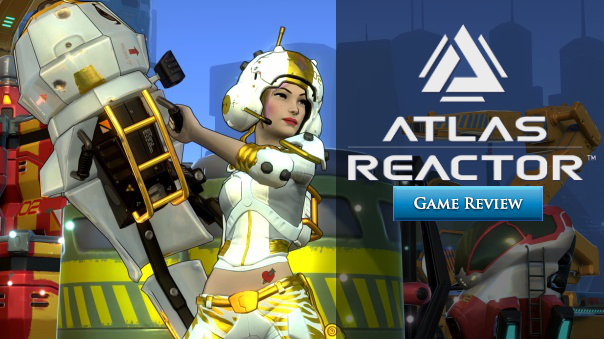 The word unique gets thrown around a lot. Every single damn game that comes out claims to have reinvented the wheel, so to speak. It’s the newest, the best, nobody has done it better, and it’s just going to save us from sin, boredom and athlete’s foot. However, Atlas Reactor really is that damn good. It’s that special. Anyone can make a MOBA that requires twitchy, ridiculous skills, 240 APM, farming 200 minions in 20 minutes. That’s easy to create apparently. Though to make something organic and special? That’s the real task. Trion Worlds has created this in Atlas Reactor. Mostly symmetrical maps with cover places to hide behind, characters that have a set of abilities and unique roles on the team, working together to get kills on an enemy team. But there’s a caveat. It’s turn-based. You heard me.

Atlas Reactor is a strategy game where turns happen simultaneously and there is no level gain. Everyone takes their turn at once: the turn itself is chopped into phases and it’s important to know what will happen when. There will be times that you set up a sick play to get a triple kill and the enemy will activate a dash ability that occurs before the attack and will just leave you feeling frustrated. Don’t worry, you’ll get used to it. The best thing about this game? It’s not an Overwatch clone. It’s not a clone of League, Dota, HOTS, CS:GO, Hello Kitty Island Adventure. This is its own damn game and it’s beautiful. You play as a Freelancer and there are roles to fill, such as Support, Attacker, and Defender. You can customize your character in the form of skins, taunts, and Ability Mods, the last of which adjust your abilities in minor ways [you can lock tokens to do this via character mastery, 4, 8, 12 respectively]. This is a game that’s all about strategy, preparation, and outthinking your opponent. This is one of the few games I actually enjoy playing against the Bots because it becomes a game of “Can I outthink a machine that probably knows my move?” Of course, I can!

The ultimate goal is the “First to Five Kills” or “Most Kills in 20 Turns”. You can, of course, change this for casual matches, but for the majority of matches that’s how it works. You can have as few as two and as many as six Freelancers/characters on the team. The game itself is incredibly easy to learn and so very hard to get good at. It’s reminiscent of tabletop skirmish games like Warmachines and Warhammer. You have to be able to guess, second-guess, and prepare a move in a matter of seconds. There’s zero down time and wins are genuinely earned through skill and good play. This is so very different from everything Trion Worlds has ever done, and it could really revitalize their image in the grand scheme of things. I could see this being an Esports hit if the fans really get behind it. It’s not perfect, but it’s definitely a special game worth paying attention to.

How do the turns work, though? I say it’s “turn-based” but it’s an online game. So how exactly does that work? You pick your team, customizations and get to a map that has a variety of obstacles on the map. You commit to all of your actions at once. You pick where you’re going to move, what ability you’re going to drop and where. You don’t target any of these abilities, though! You put them to a square of the map and for better or worse, you have to stand by that. You don’t get a lot of time [I believe 15 seconds?] to make your call. One of the neat things is that it’s paired with Discord so you can join a Discord with your team, and this can be set up to auto-commit so you can talk to your team – which is an absolute Godsend in a game like this. If everyone just does whatever they want you’ll probably lose and probably be butthurt. But you pick your abilities, and then the phases go off like this: 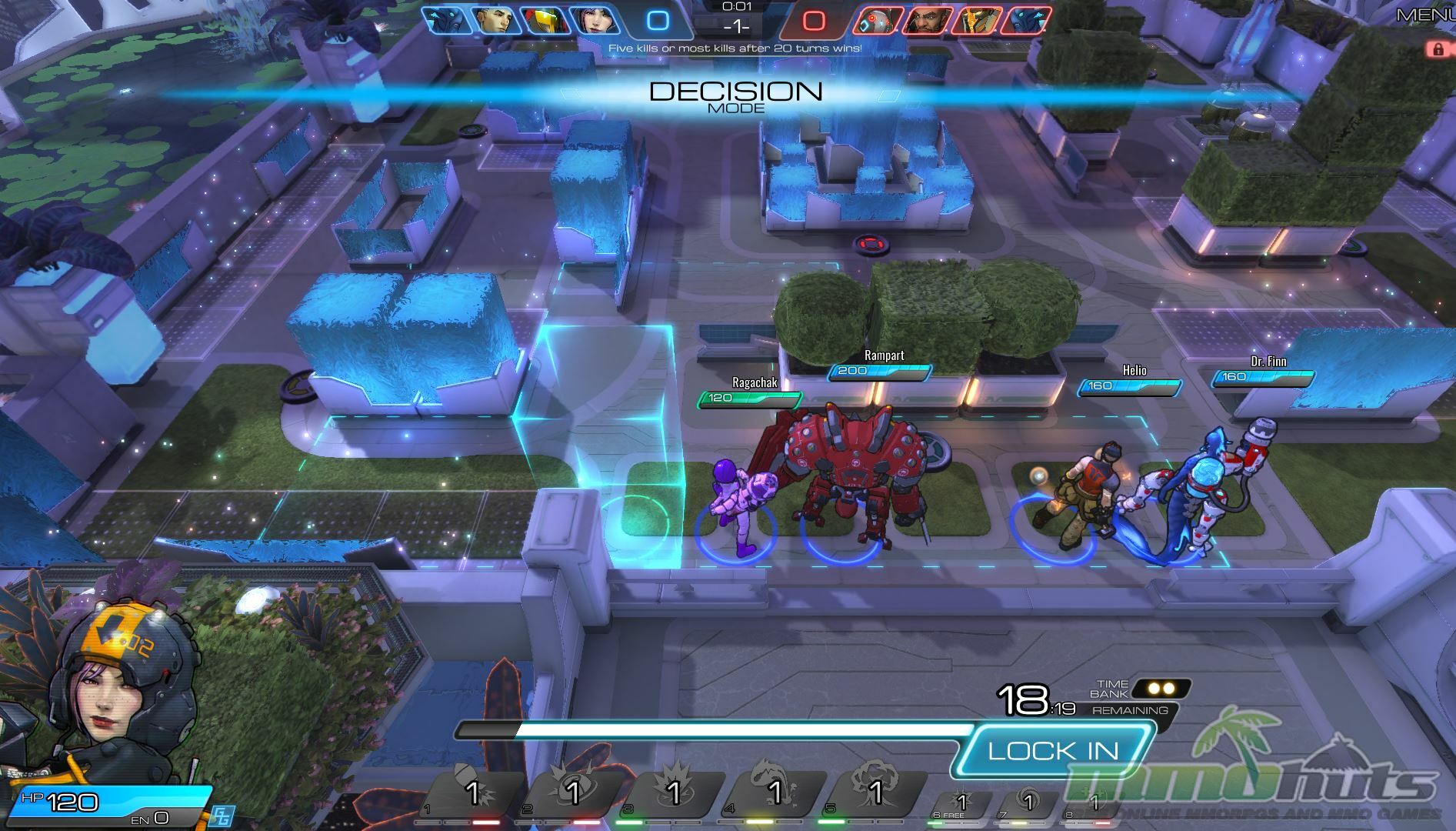 Prep Phase: Players that use buffs, debuffs, traps, these all come first. These are the hardest things to avoid because it happens before the Dash phase and before the Movement phase. Yes, “two” movement phases. Most of this occurs before attacks. You can use this to lay a trap where you think someone’s going to be. Even better if you do it from behind cover [which I will get to].

Dash Phase: Attacks occur before regular movement [walking across the map], but Dash abilities occur just before attacks. Are you worried that an ult is going to go off, or a huge grab/attack is going to send you to respawn? You can use your dash abilities right here! The cooldowns are pretty damn huge, so don’t just throw this all willy-nilly.

Attack Phase: Whether it’s a grab, an AoE blast, missiles across the map, or simply swinging humongous arms and clawing everything in your reach, attacks happen after prep and dash. You aim your attacks towards a square/series of squares on the map and honestly, hope for the best. If you guess right/plan correctly, you could hit multiple enemies or heal multiple friends, and if they outsmart you/trick you, it’s just going to whiff! I like to try and guess where they’re going to go instead shooting where they are.

Movement Phase: Finally, the Movement Phase. You set yourself to walk a certain place, and after all of this, you walk! You can move behind cover/behind buildings, or run to your friends. You have X spots to move, or you can sprint and go farther. I believe if you Sprint you can’t use abilities, though. One of the cool features, though, is you can walk in several directions. Let’s say you want to run for cover, but somewhere close by in a different direction there’s a healing item. You can hold CTRL, click over there, hit it again and move somewhere else in the range. They teach you this in the tutorial so if that doesn’t make sense, it will!

This video shows how fast a turn can go and exactly how this all plays out. It sounds kind of complicated, but it really isn’t. There’s more to this game, though. If you can’t see your opponent from the outset, they can hide their movements! If you occasionally see “Hidden Movement” on the screen, it’s because someone is doing something outside of your vision. The first turn or two of most of the matches I played involved a great deal of stealth and trying to figure out how the enemy was going to move. Another cool thing is if you are behind cover, even if you can see your enemy, the damage from attacks isn’t as serious. The cover is so damn important. You don’t want your supports to be standing out in the middle of the open field where they can just be shot. I do love that you can’t always see everything all the time, the notion that you sometimes have to gamble and take a shot in the dark. However you can rotate the camera a great deal to see what is hiding and lurking, but that doesn’t mean they’ll stay there!

Characters really make this game interesting too, so let’s talk about them. Each character has four abilities, followed by an Ultimate. You build the ultimate via Energy [100 Energy generally lets you use your ult] and these skills are game changing and incredible to behold. In addition to that, in the pre-game, you can set three extra abilities that can be used once per battle. They’re like a “Get out of shit” button and they’re called “Catalysts”. You can take one “Prep”, one “Dash,” and one “Blast” Catalyst. They’re incredibly useful and should not be wasted.

There is something I really don’t like. It’s petty but it drives me mad. If you click on “Collection” you can see all the Freelancers you have, and all the things you’ve unlocked for them. This mode does not show the abilities of the characters. You can only see character powers at the “Play” button. This bugs me because I have all the characters permanently. I don’t know if players who didn’t acquire a starter pack get this as well, or if you can’t see people you don’t have and check their powers. This is a little confusing to me. I also am curious about another thing on the main menu. You gain EXP in the “Season”, and you have two progression bars. Season, and Freelancer. The Freelancer one makes sense, it’s basically Mastery with a character, which gives you rewards for completing matches. I wonder if the Season one will reset as seasons of this game progresses. That is also how you get loot chests which give you boosts or cosmetics for your characters. On the subject of characters, one thing that irks me. When you select a character, you have no idea what the random people you get paired up with will pick. I have no idea if there’s a balancing algorithm or not. If it balances the teams based on roles or you just get what you get.

Atlas Reactor is a completely different move for Trion Worlds and honestly? I think it’s what they need right now. One of the big complaints that people make is that Trion makes games that are pay-to-win and I don’t see that with this game at all. Sure, you can spend some money on a starter pack to get some skins and get all the characters that will be out. If it’s a game you enjoy, I see no reason why this is a bad idea. They took a board game concept and put it in a digital format. It’s a beautiful, well-designed game and I have so few bad things to say about it. The characters are all unique and fun, and while there aren’t a lot of maps they are very tactically designed. You have lots of stuff to hide behind, plenty of ways to trap/track/outsmart your foes. That’s what this game is about: Outsmarting people. I feel clever as fuck anytime I do something cool. Even when I lose, I’m not really that upset. I mark it as someone who either outsmarted me, or my team simply didn’t work together. That is one of the dangers of this game: Not communicating equals disaster. I hope you play it with friends and work together over the integrated voice chat or use your own, I don’t care! But this is definitely a game that’s hard to master but easy to get into. If you like strategy/board games and don’t pick this up, you do yourself a serious disservice. 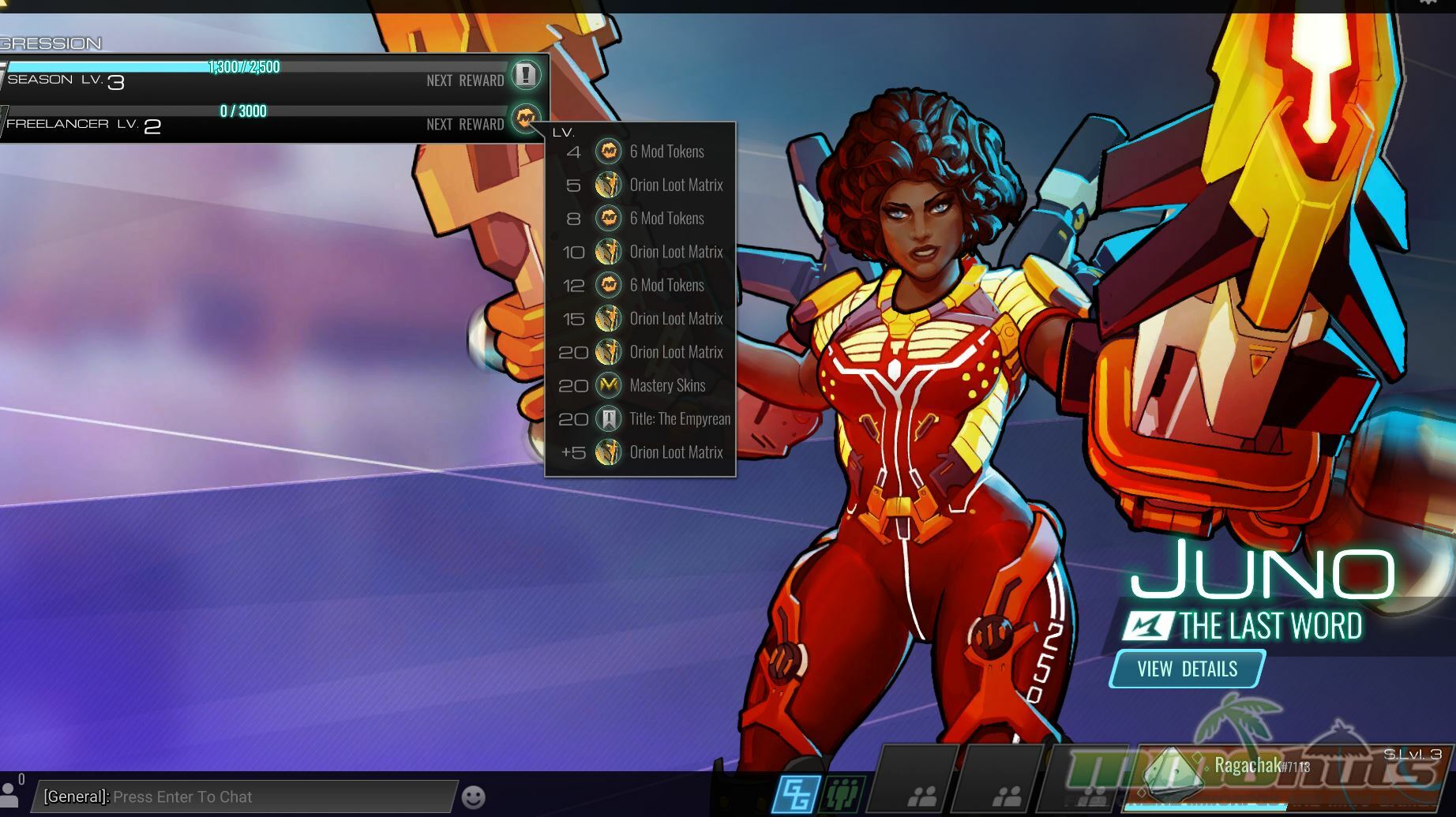 + Characters: Varied characters with unique abilities. The mods are terrific but not overpowering.

+ Tacticool: This is such a serious tactics game! You have to outthink, outsmart, and trick people. You can’t just bowl through and win. Synergy and teamwork are such a huge part of this game. Any character is good if you make it good.

+ Matches: The matches last about 20 minutes. First to Five Kills/Most at Twenty Turns is a really great way to do this.

– A small amount of maps: Yeah, there are four right now. I know more are coming, but I think that will make the game that much better.

– Gains: EXP gains from PVE are horrendous. Some people just want to challenge the computer, and then go to PVP. This is certainly a detrimental move.

– Snap Decisions: You get like 10-15 seconds to plan/prep your move. That’s a VERY short timer. I get that you want the game to go fast, but damn. That can really frustrate people. Hell, it’s frustrated me when I’ve felt trap and missed entire turns.