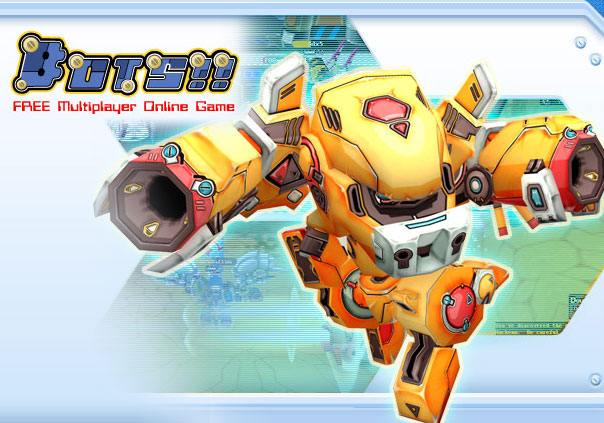 Zylong Gaming’s Bots is a simple Robo beat ’em up that offers both cooperative and versus gameplay modes. Players can clear 31 stages with up to 8 other players in Sector Mode. In Base mode, two teams of players must destroy the enemy team’s base while defending their own. Player Battle mode is a simpler PvP experience, the last man standing wins. There are only three starting Bots to chose from but the item shop is full of equipment with which to customize your character! The three Bots are:

Surge – Armed with powerful lasers and an anti gravity core, Surge was built for combat.

Ram – Equipped with a large, powerful arm capable of crushed most objects, Ram is a multi purpose Bot with good utility.

Bots is Acclaim's take on the popular mech genre but rather than a full fledged MMORPG like Age of Armor, Bots is closer to Exteel, by NCsoft.